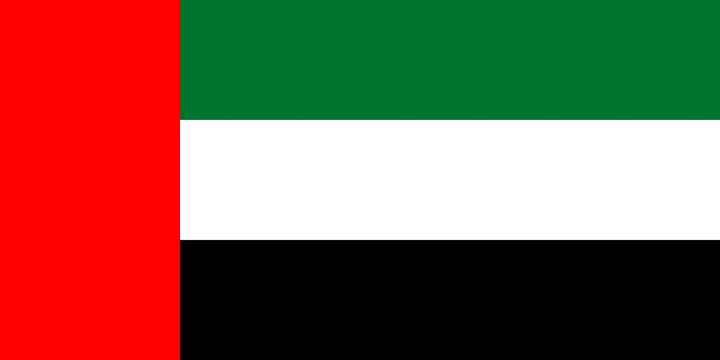 Information about Dubai as clearly it’s needed. Where it Dubai located, is it a country? These questions and more answered.

Planning a trip to Dubai  in United Arab Emirates soon? If so, this article will help to clear up confusion around its origins. Answers the question where is Dubai and informs you if Dubai is a country or not. After reading this you’ll know what to expect in the UAE and have an incredible vacation.

Where is Dubai located?

Where is Dubai? Dubai is the most populous and most successful city in the UAE. It is not the capital of United Arab Emirates (more on that later). It is the Middle East’s most successful financial centre. Dubai is one of the world’s up and coming capitals for investment.

Dubai has an attractive frontage on the Persian Gulf and plenty of luxury shopping. It also has tourist attractions and the world’s tallest building (the dizzingly tall Burj Khalifa, at 830 metres high).  Dubai is high on the ‘must-see’ lists of world travelers as well.

Where is Dubai located? These days, it doesn’t seem to matter. Many major cities on Earth have a direct flight that goes there. Dubai is in the Middle East but all you have to do is book your ticket to Dubai and go.

Is Dubai a country?

One common misconception about this city often comes up in casual conversation over coffee or at the water cooler. After hearing you namedrop it in conversation, someone might blurt out, “Is Dubai a country?” followed by “Where is Dubai?”.

Simply put, when you fly here, you are not traveling to the country of Dubai, but to the emirate of Dubai. An emirate is a principality ruled over directly by an Islamic monarch, which is unlike other royal families around the world, who have retired from governance, allowing elected members do the hard work instead.

When you refer to Dubai officially, it is known as Dubai UAE, as it is one emirate within a federation of six others; more on that later. So, is Dubai a country? It isn’t in the sense that Singapore is, but you can think of Dubai as a province or state.

What is Dubai? To summarize: Dubai is both an emirate contained within a federation of emirates called the United Arab Emirates on the Arabian Peninsula, and it is also the capital of Dubai. Got it? Good. Speaking of good, a night out in Dubai is good times.

What country is Dubai in?

Wondering what country is Dubai in? Dubai is one of seven emirates within the bounds of the United Arab Emirates. It is one of the wealthiest countries in the Middle East, thanks to its thriving real estate, construction, oil & gas, and finance industries.

When you land, and are surrounded by the trappings of excessive wealth in the form of gold markets, shopping malls filled with top end luxury brands, and an indoor ski slope in the middle of a tropical desert, you will know that you are in Dubai country.

Everywhere you look, Dubai capital has transformed what used to be a series of shifting Arabian sand dunes into a fabulous modern metropolis.

Another interesting aspect of Dubai is that it is a heterogeneous society. If you were blindfolded before getting on the plane, and only had it removed when you arrived, you would be forgiven for thinking, “Is Dubai in India?”, as Indians are one of the largest groups of expats in a country dominated by them.

Indeed, less than 8% of the population of the UAE are native Emiratis that can trace their lineage to the pearling days and earlier, making Dubai and the United Arab Emirates the most cosmopolitan place in the entire Middle East.

What is the UAE?

We’ve talked a lot about the emirates in the United Arab Emirates, and the splendour of Dubai, but we haven’t addressed what is UAE yet. So, what is the UAE? Is UAE a country? This federation of seven emirates on the Persian Gulf coast of the Arabian Peninsula came together after the British decided to rescind its protection of the emirates to save money in the early seventies.

After a meeting of the shiekhs of seven neighbouring emirates in 1971, they agreed to join political forces to form a new nation on the Arabian Peninsula known as the UAE. Forming an UAE country was necessary to fend off imperial ambitions by other countries in the region, namely Saudi Arabia and Iran.

Were it not for this union, you might be asking the question, “Is Dubai in Saudi Arabia?” Fortunately for lovers of freedom, it is not Dubai Saudi Arabia in the present day, as it would have put the kibosh on much of the fun that people enjoy there today.

After the union of the seven emirates, Abu Dhabi became the capital of UAE (it is not Dubai, as mentioned at the start of this post), and while this place isn’t nearly as famous as Dubai, the UAE capital has plenty of shiny objects, fine mosques, and fabulous restaurants to hold a visitor’s attention.

Of course, Dubai and Abu Dhabi are just two of the seven emirates. The seven emirates (or UAE countries if you want to call them that) that comprise the UAE are: Abu Dhabi, Umm al-Quwain, Ajman, Dubai, Sharjah, Ras al-Khaimah, and Fujairah.

Where is UAE located?

Now that we have thoroughly confused you, I have a question to ask you: Dubai is in which country? If you said the United Arab Emirates, congratulations! You have to possess a sharp mind to have gleaned that fact from the previous paragraphs.

But now that you know where Dubai is, where is UAE in the world? It is situated on the Arabian Peninsula in the Middle East, sitting on the southern shore of the Persian Gulf.

Situated on many air routes originating from Asia, Africa, and Europe, and sitting near the mouth of one of the wealthiest shipping routes on the high seas, it has attracted an increasing amount of investment over the past few decades.

As a result of these efforts, the number of people that don’t know where the UAE is in the world is shrinking with each passing year.

Dubai: a beacon of progress in the Middle East

Constantly in competition with Abu Dhabi, the United Arab Emirates capital, Dubai has pushed itself hard over the 20th and 21st centuries to become one of the world’s fastest growing cities.

Don’t let the cultural dullards at your place of work continue to ask you inane questions like, “Dubai is in what country?”. Informing them on your travels to this emirate and city will evenutally lead them to take trips of their own.

Once they have, you won’t have to answer these elementary inquiries anymore, as they will sing the praises of this fabulous place just like you will be soon.