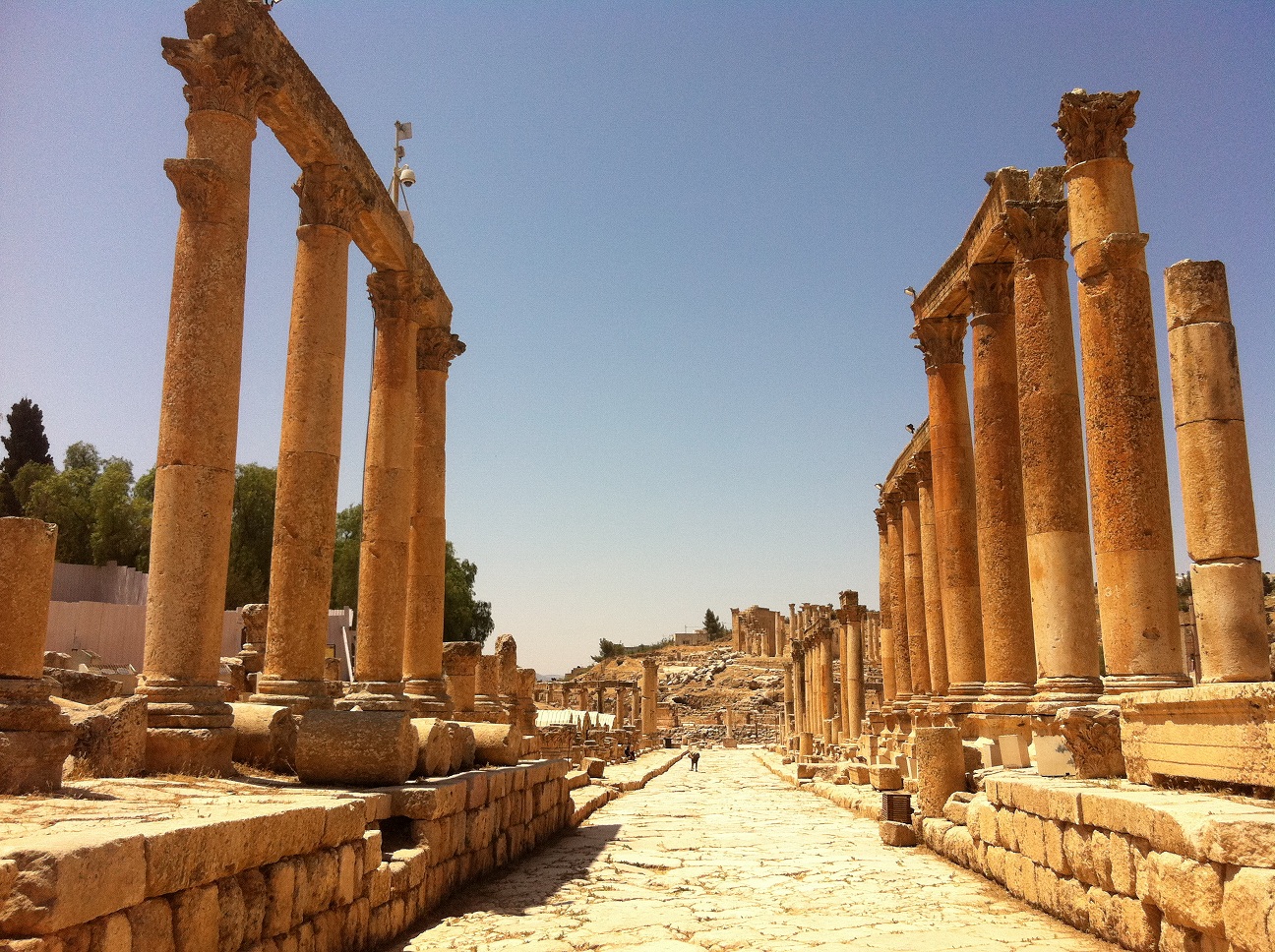 Greetings from the Dana Nature Reserve.

Today was another day of madness and learning more in a day than gents like yours truly often do in a week of visiting a place. Writing this from the Dana Guest House which is near the edge of a large cliff overlooking a valley that I’ll be hiking tomorrow. Checked out of the hotel in Amman and then proceeded to visit the Roman city of Jerash, the Ajlun Castle and then drove to the Dana Nature Reserve. 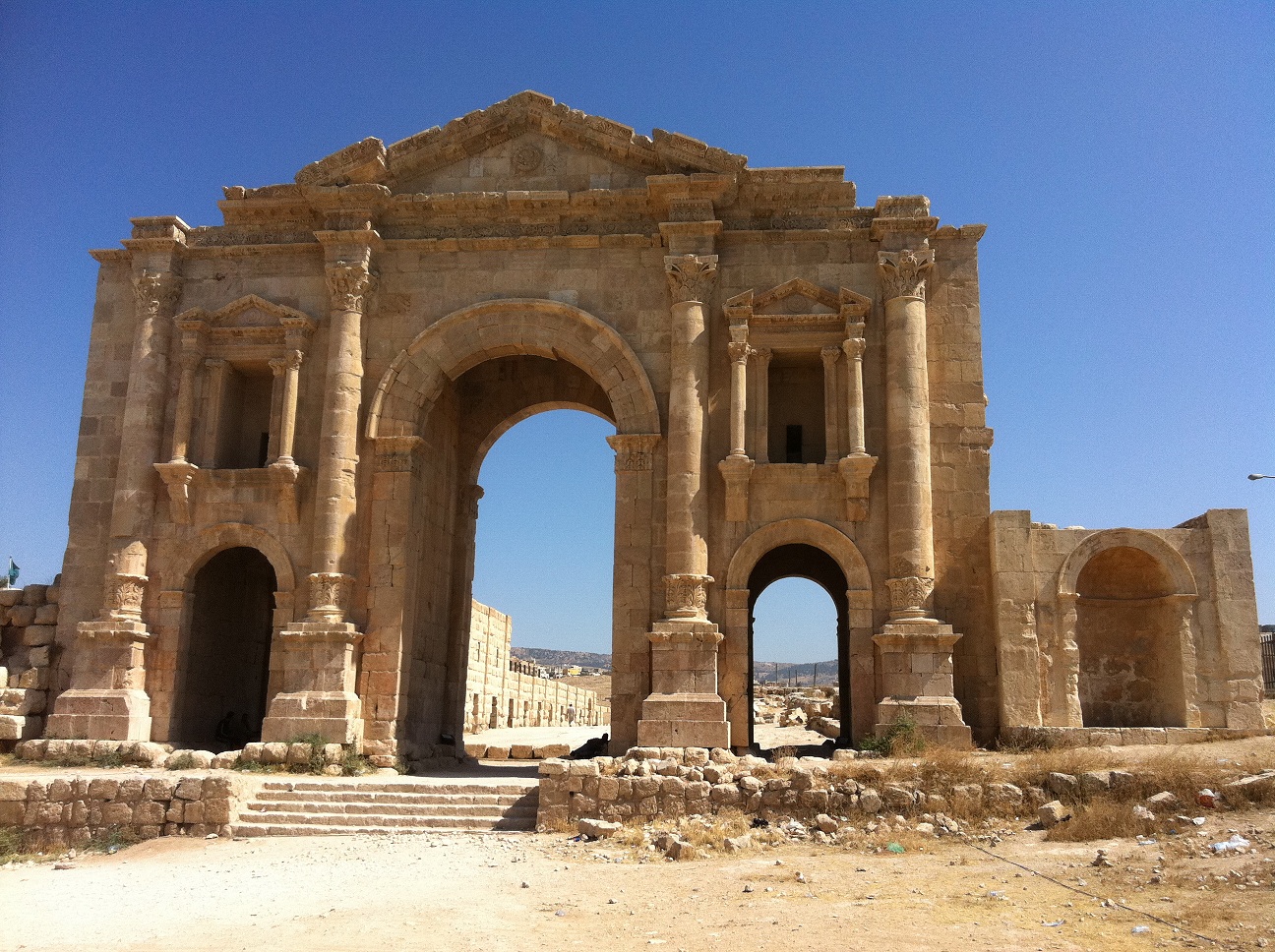 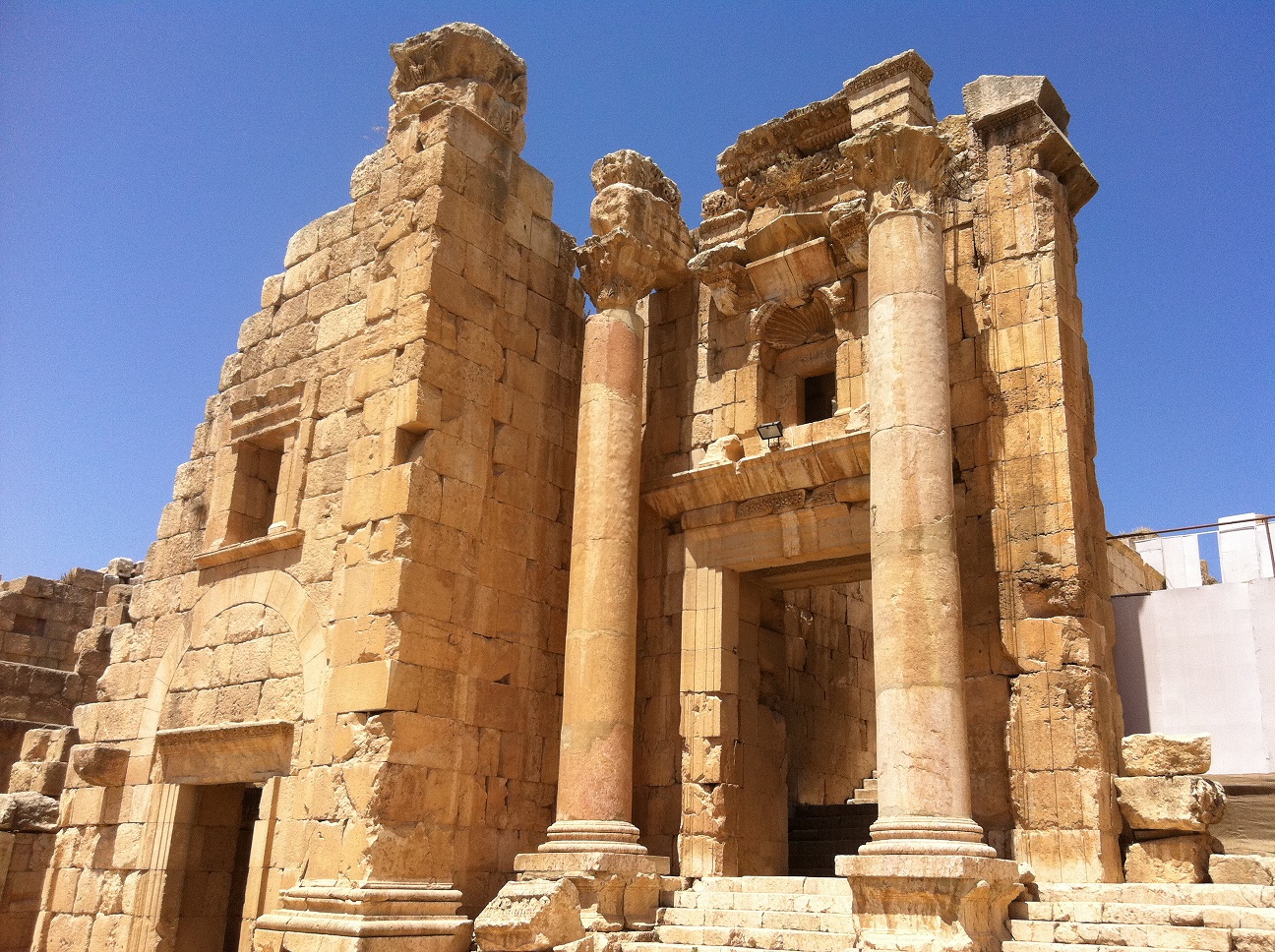 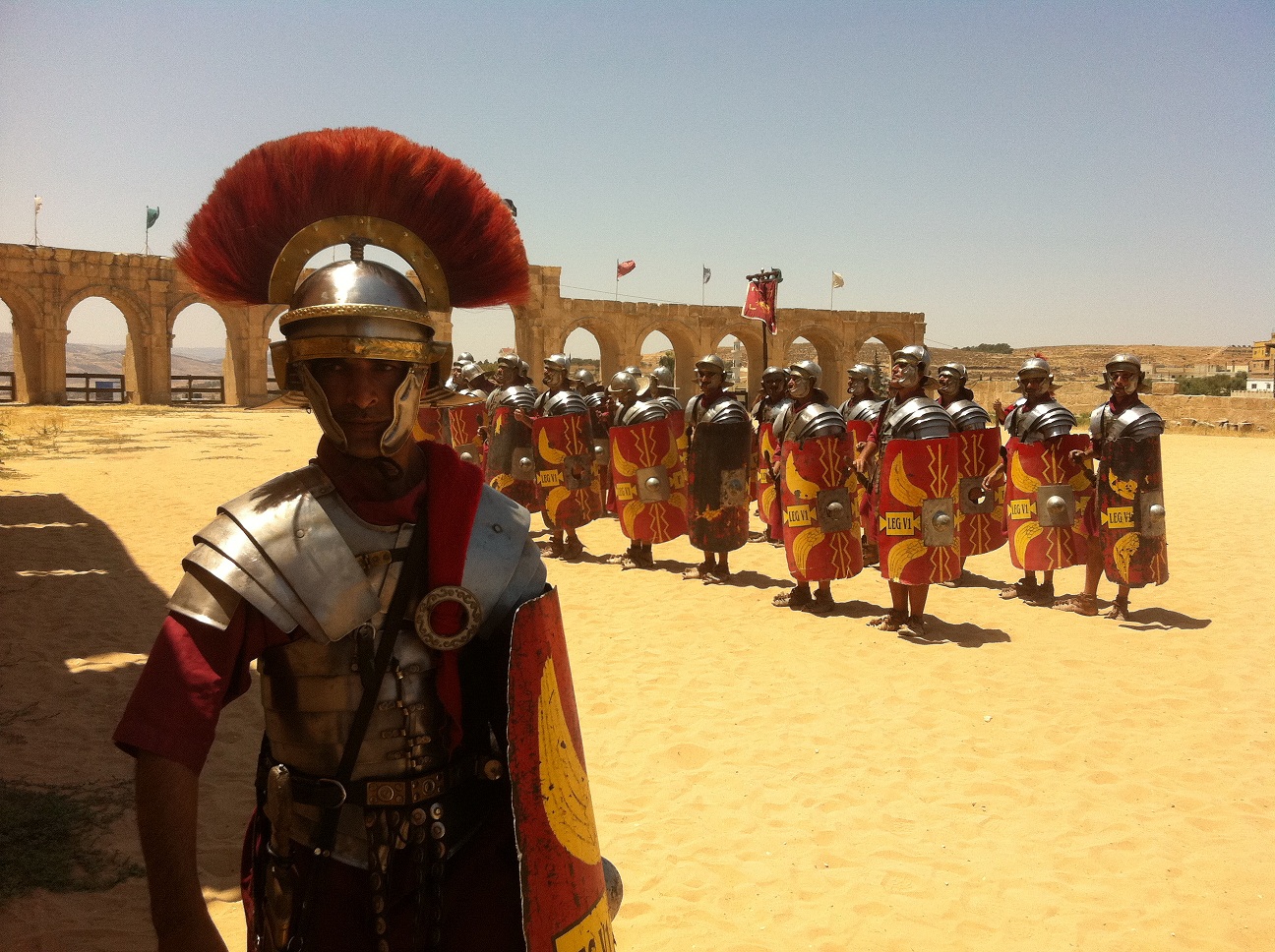 The ancient Roman city of Jerash was something that shocked me, it’s the best preserved Roman city in the world outside of Rome. It was also once a Greek city and then a Roman city, in areas you can see the Roman structures built next to or on top of the older Greek construction. The Romans really did a top notch job, the Greek construction is solid but shoddy in comparison. The Romans never cease to amaze me. 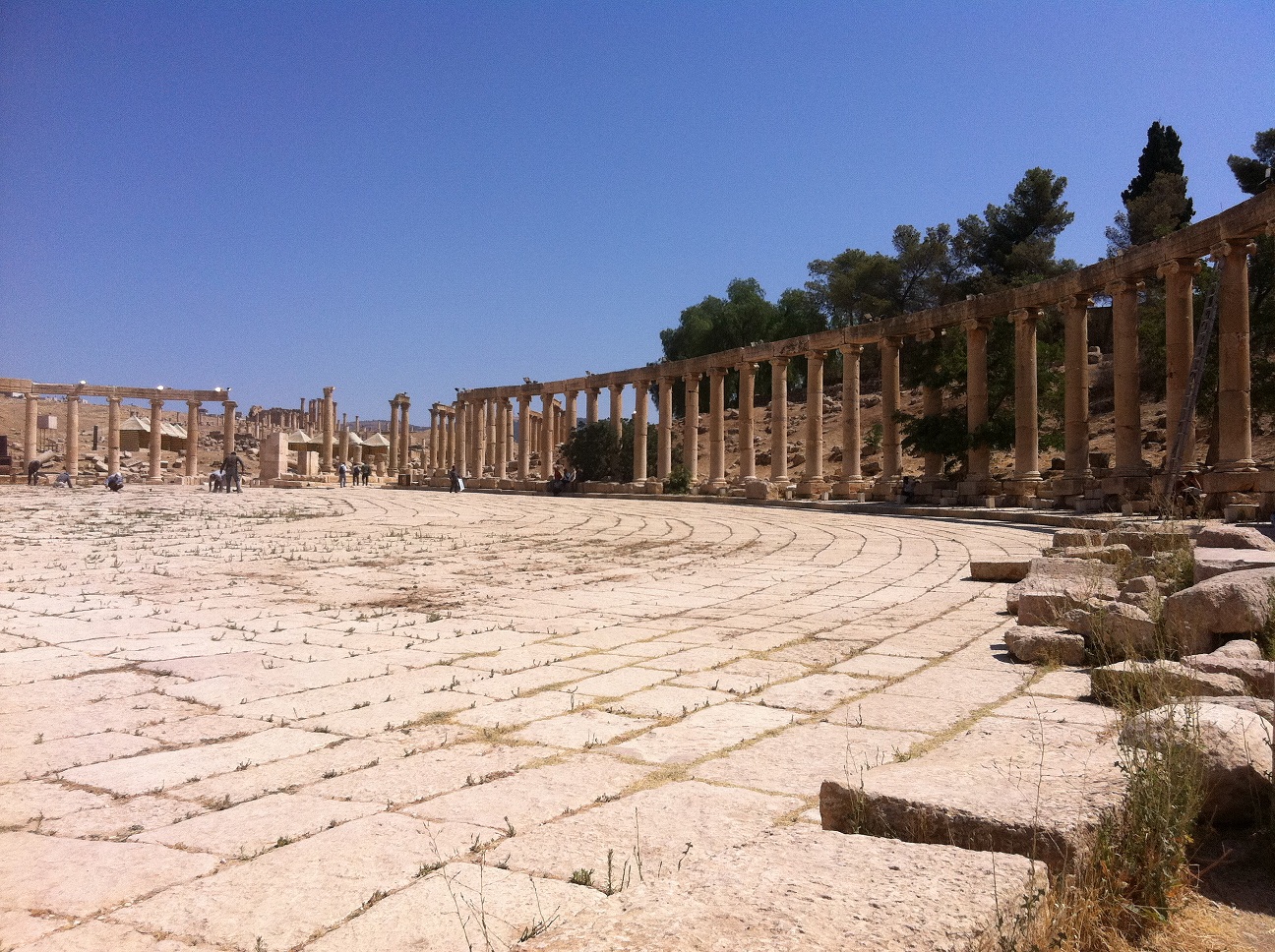 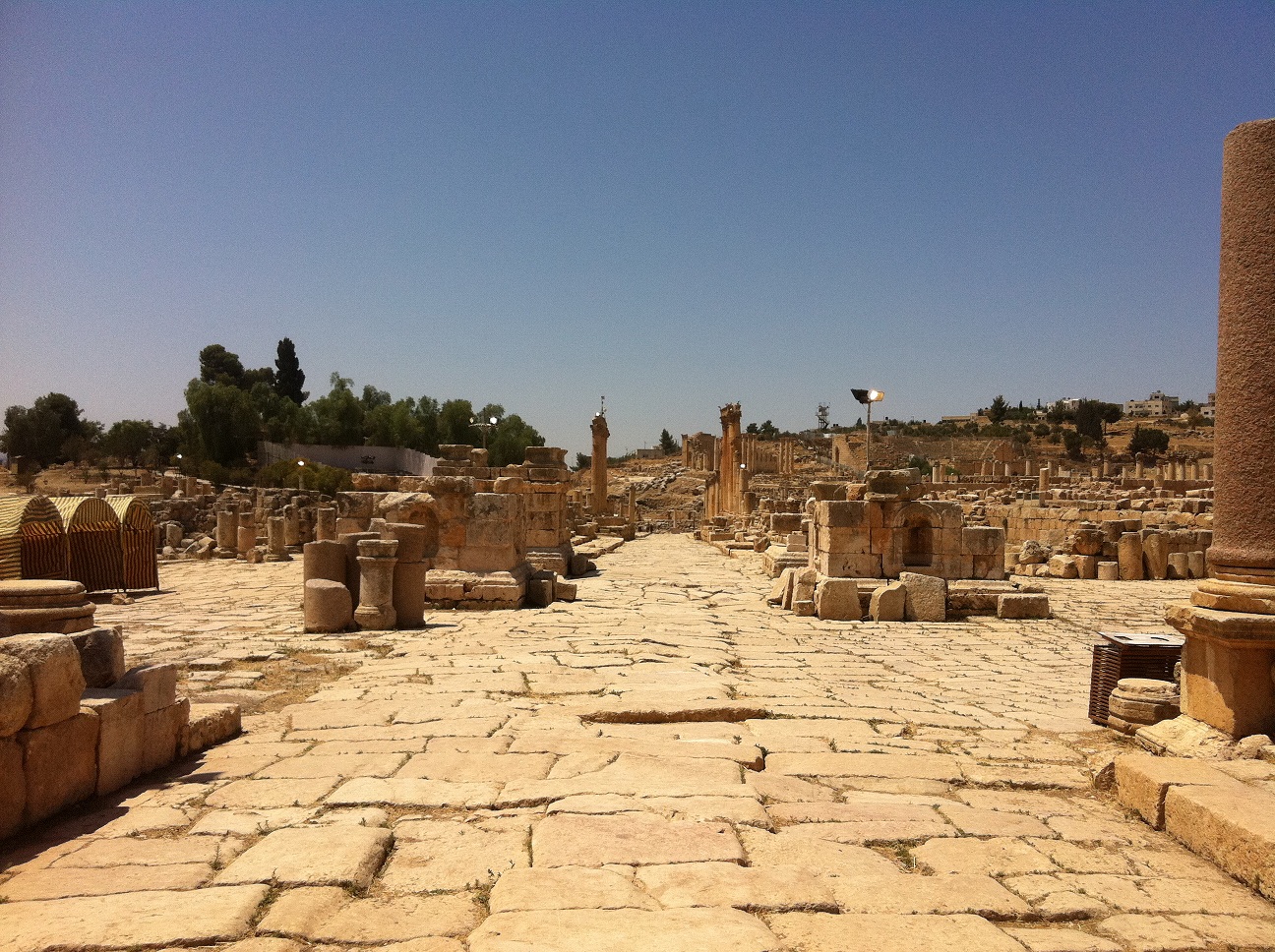 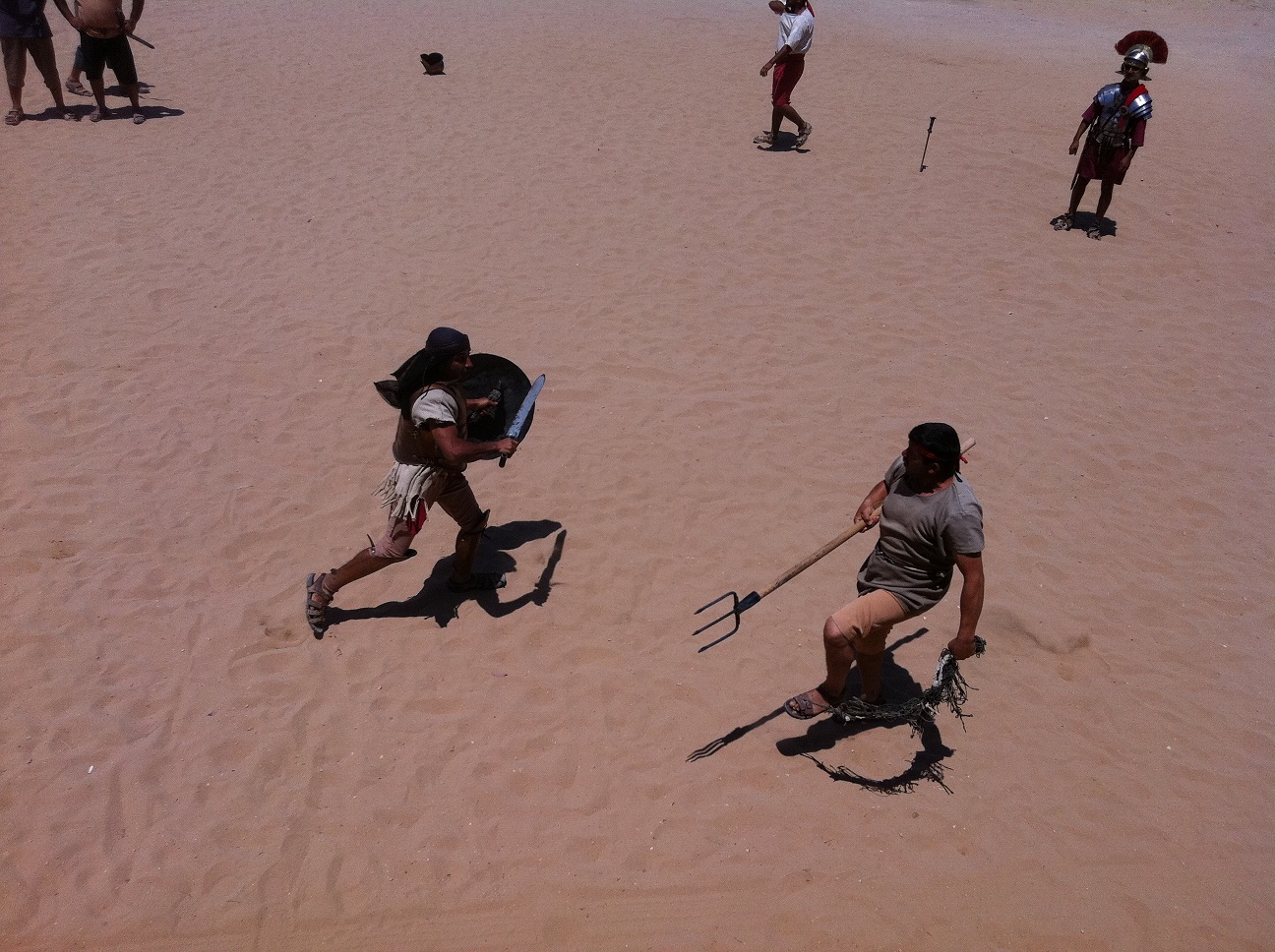 The city itself is quite large and consists of but not limited to: Zeus’ temple, Artimes temple, the southern theater, the oval plaza, the nympheaum, Hadrian’s Arch, the Agora, the stadium and more. A few of the ruins that stood out in particular as fascinating to yours truly included Hadrian’s Arch which is just monstrous, makes you wonder how they ever constructed these things, particularly the rounded arches. 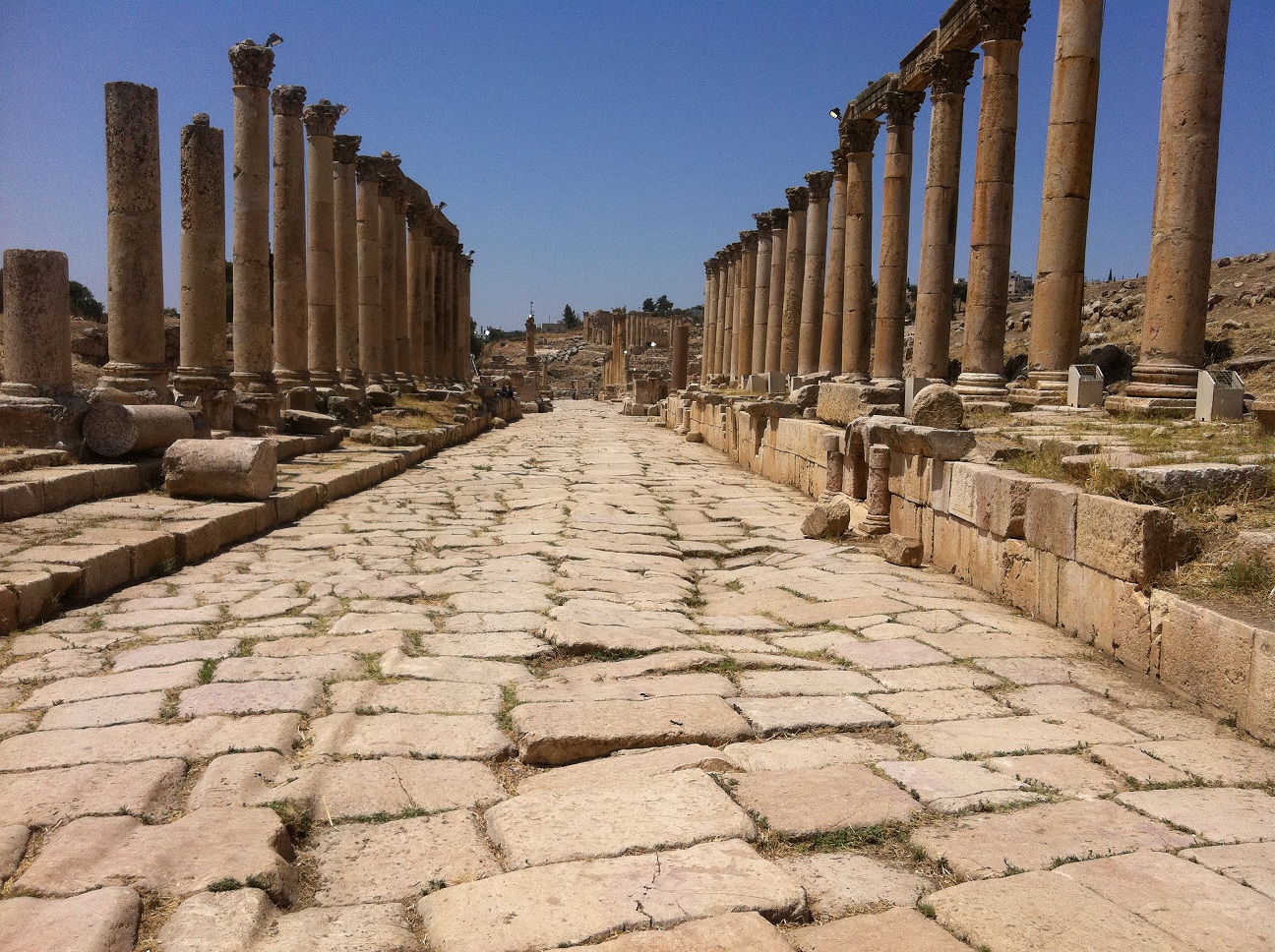 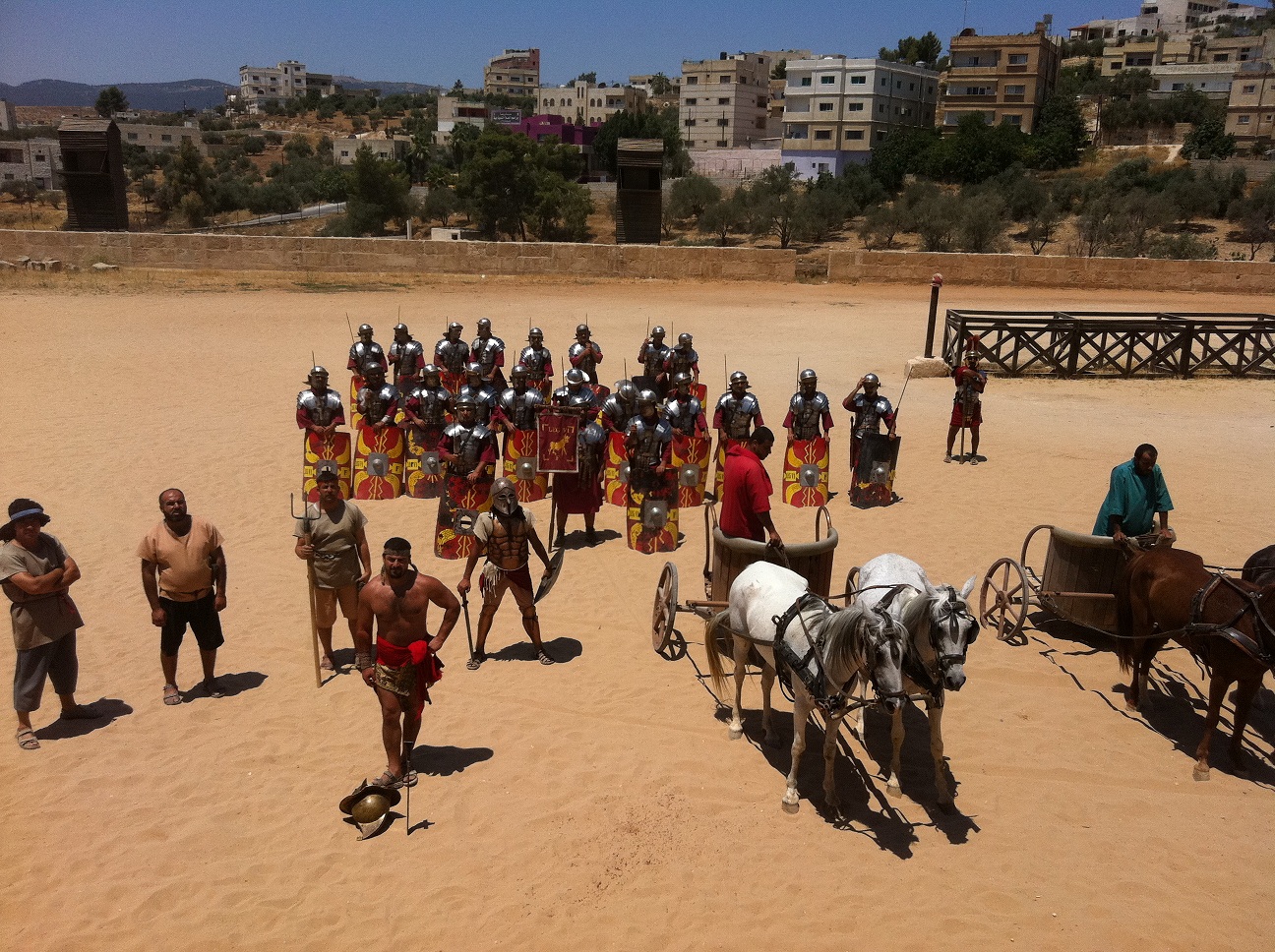 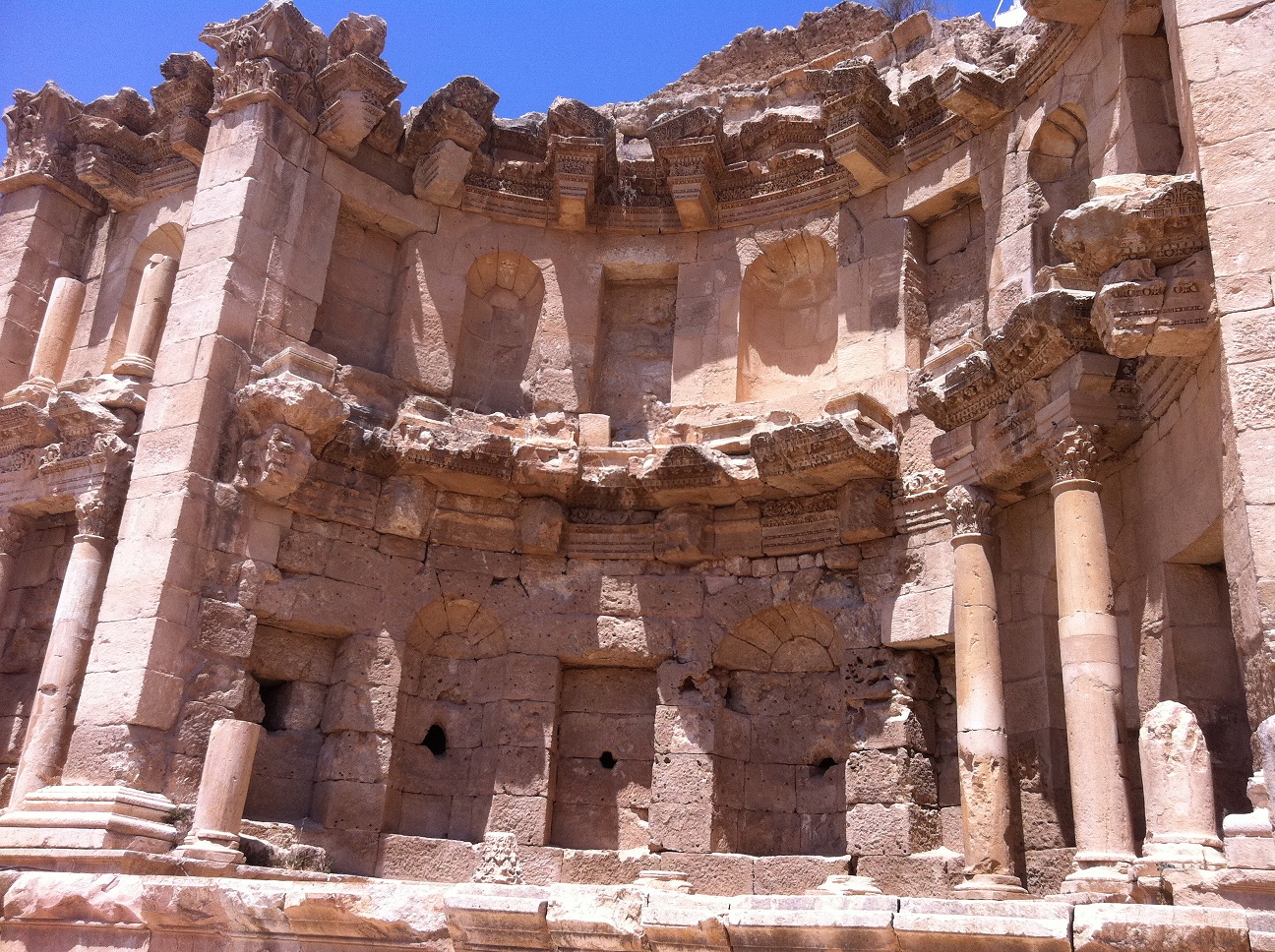 The southern theater was in excellent condition and the video below is about the one spot in the middle of the floor that sends an echo through the whole theater. The agora was interesting because it was the old market, the old butcher shop had animals carved into the legs that housed the monster chopping block, the attention to detail is outstanding. 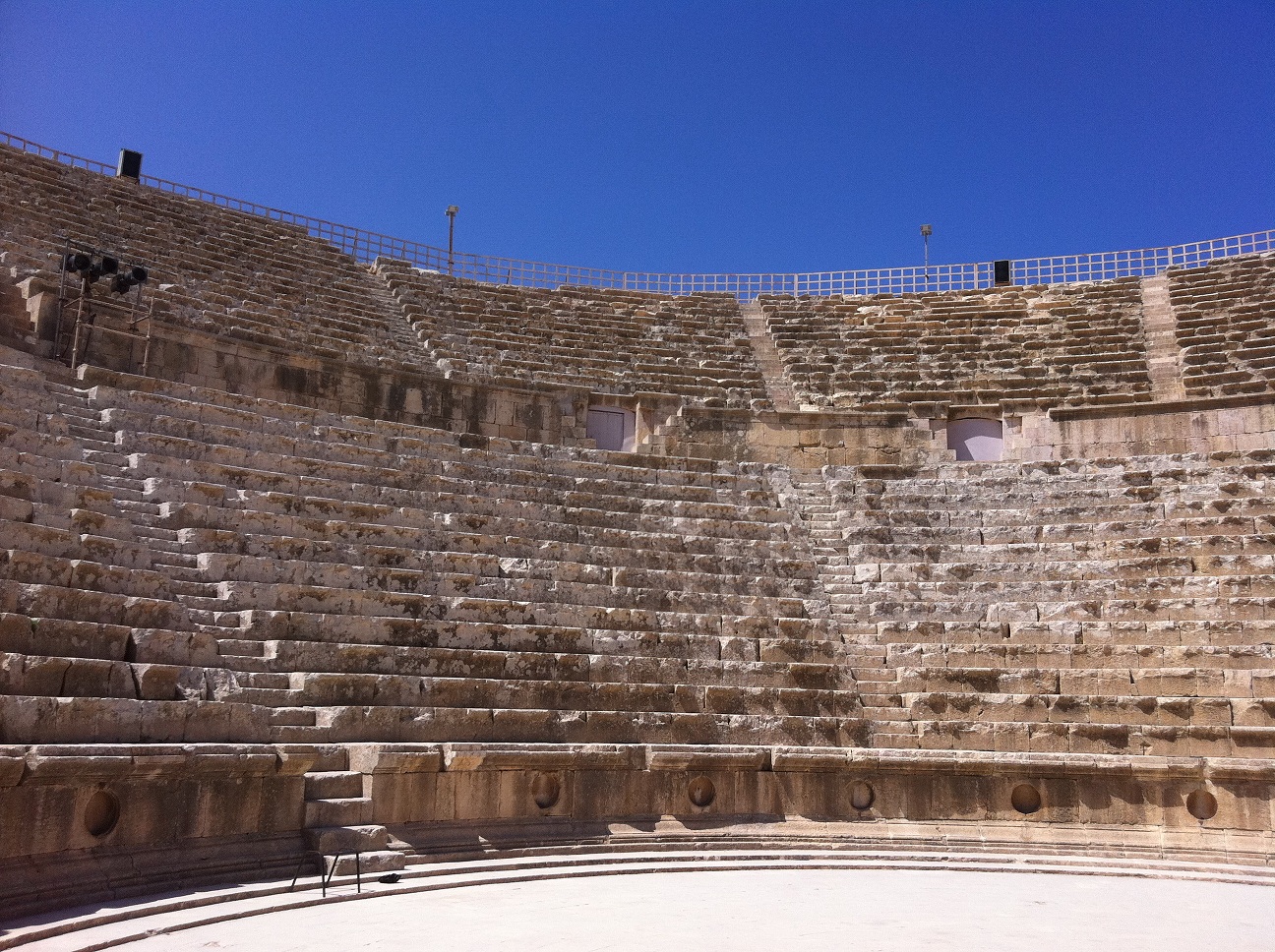 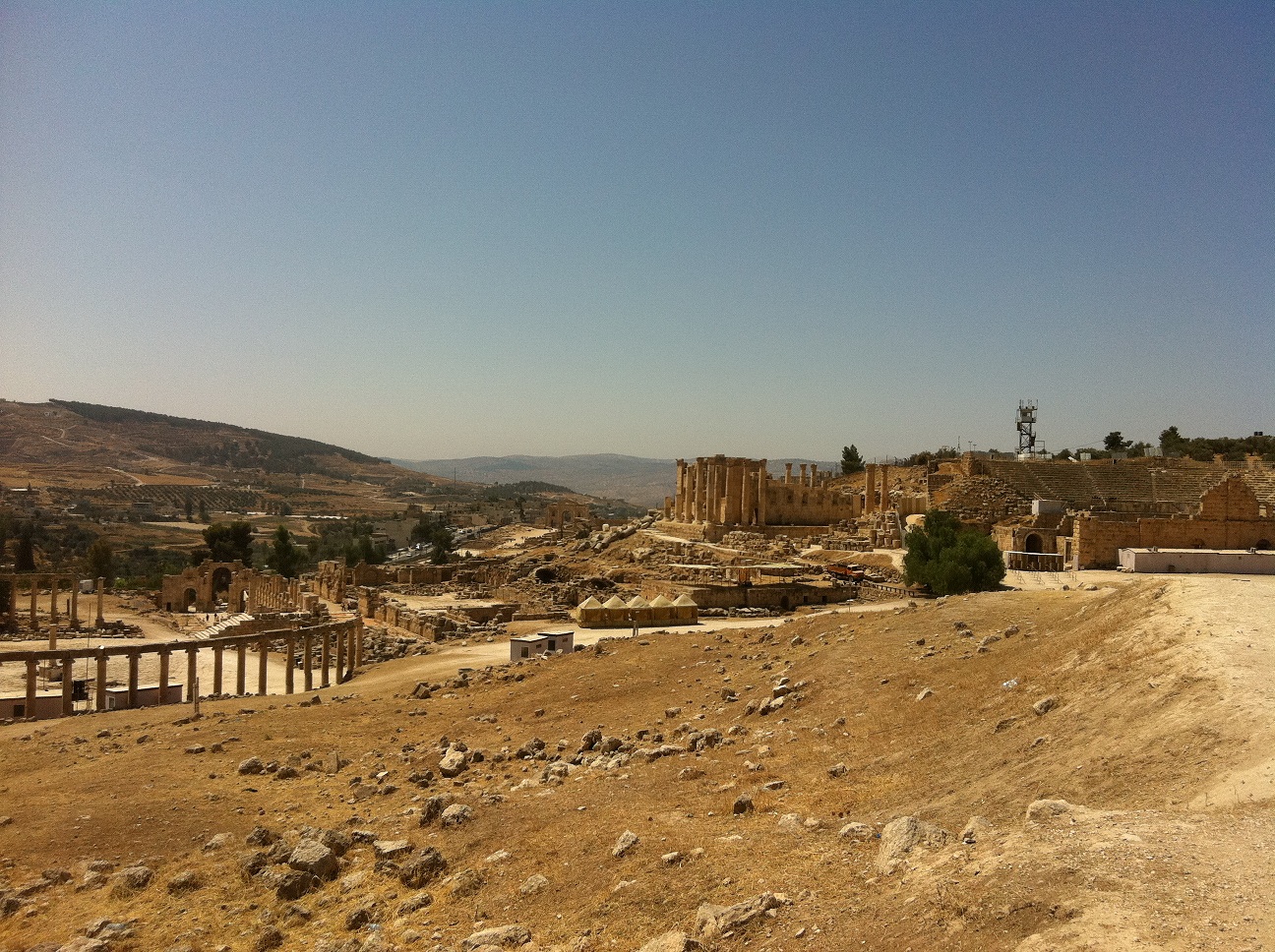 Your mind will wander as you walk down the main streets that have become drastically uneven over the last two thousand years. The attention to detail on the pillars and the sheer size just makes you scratch your head. I just don’t understand how they managed it and with such precision, they were incredibly intelligent and strong. Granted they most likely had monstrous slave armies but still, when you look around this city you really appreciate the coordination. 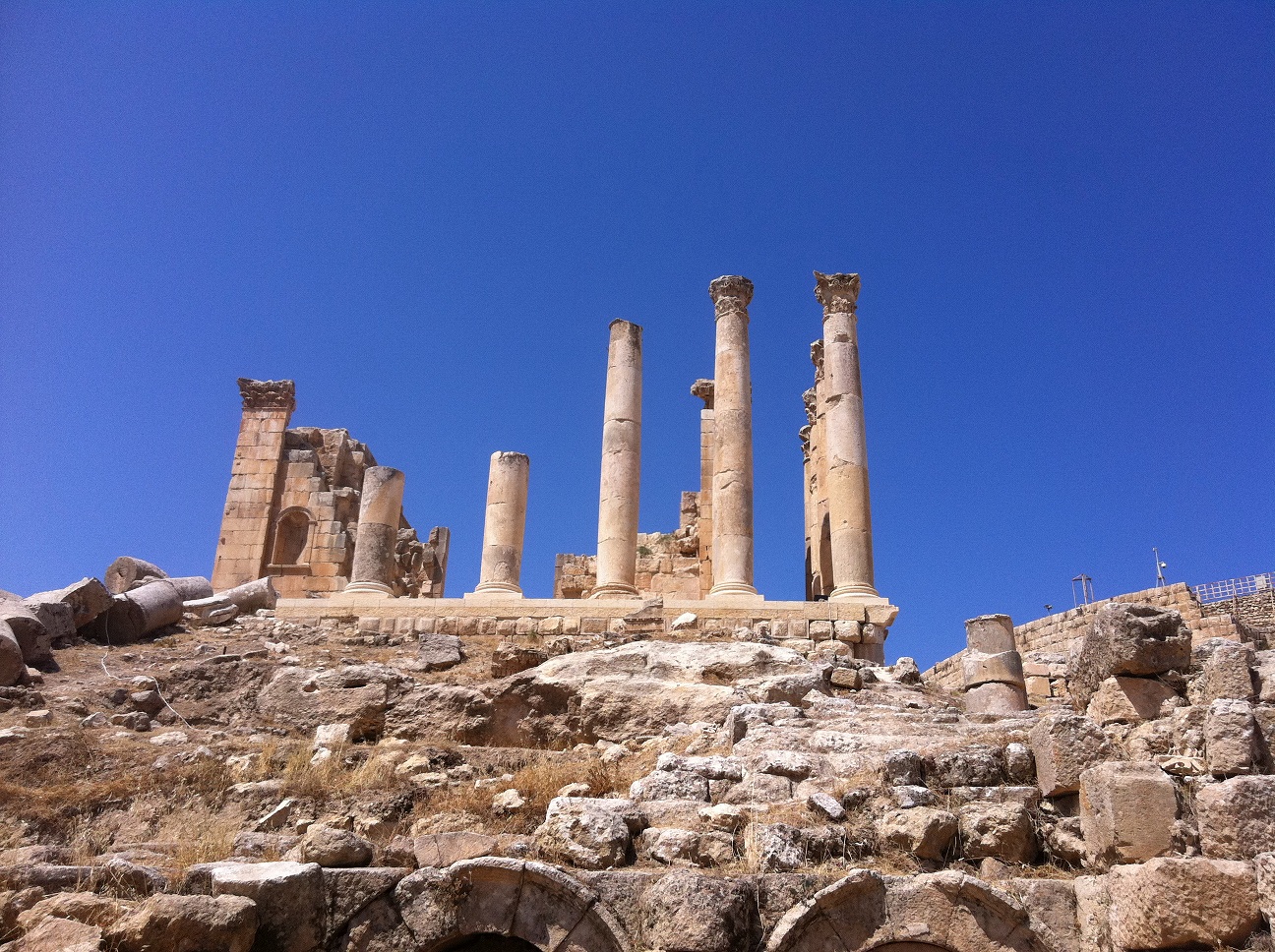 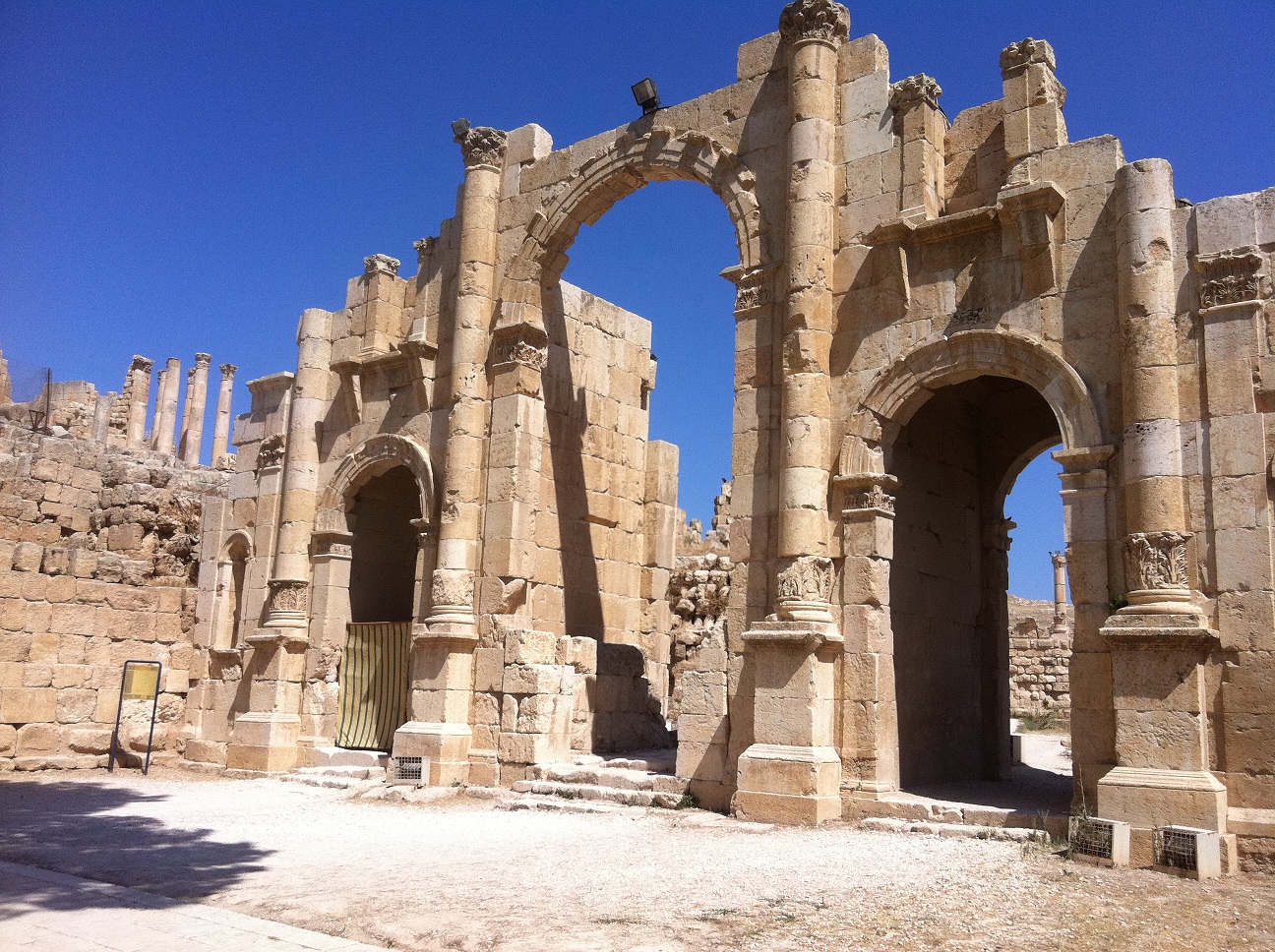 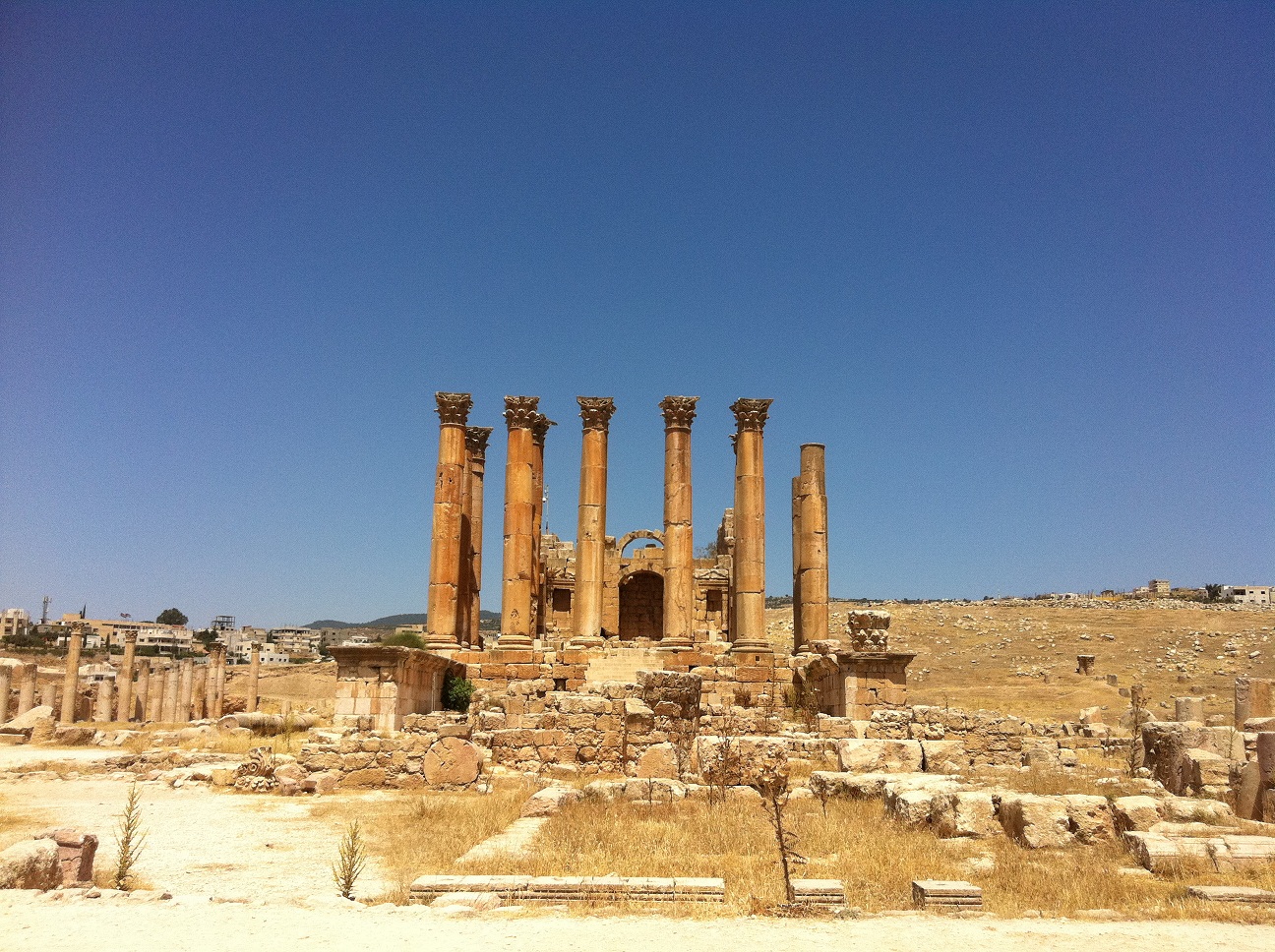 Along the main street, there are countless pillars. Small pillars are uniform and whenever there is an important building of sorts, larger ones are put in place. There are three main styles which names elude me. Supposedly when Hadrian came to visit, he noticed that the pillars were of an older style and had over 800 pillars ordered to be removed and replaced with a newer style, wow. 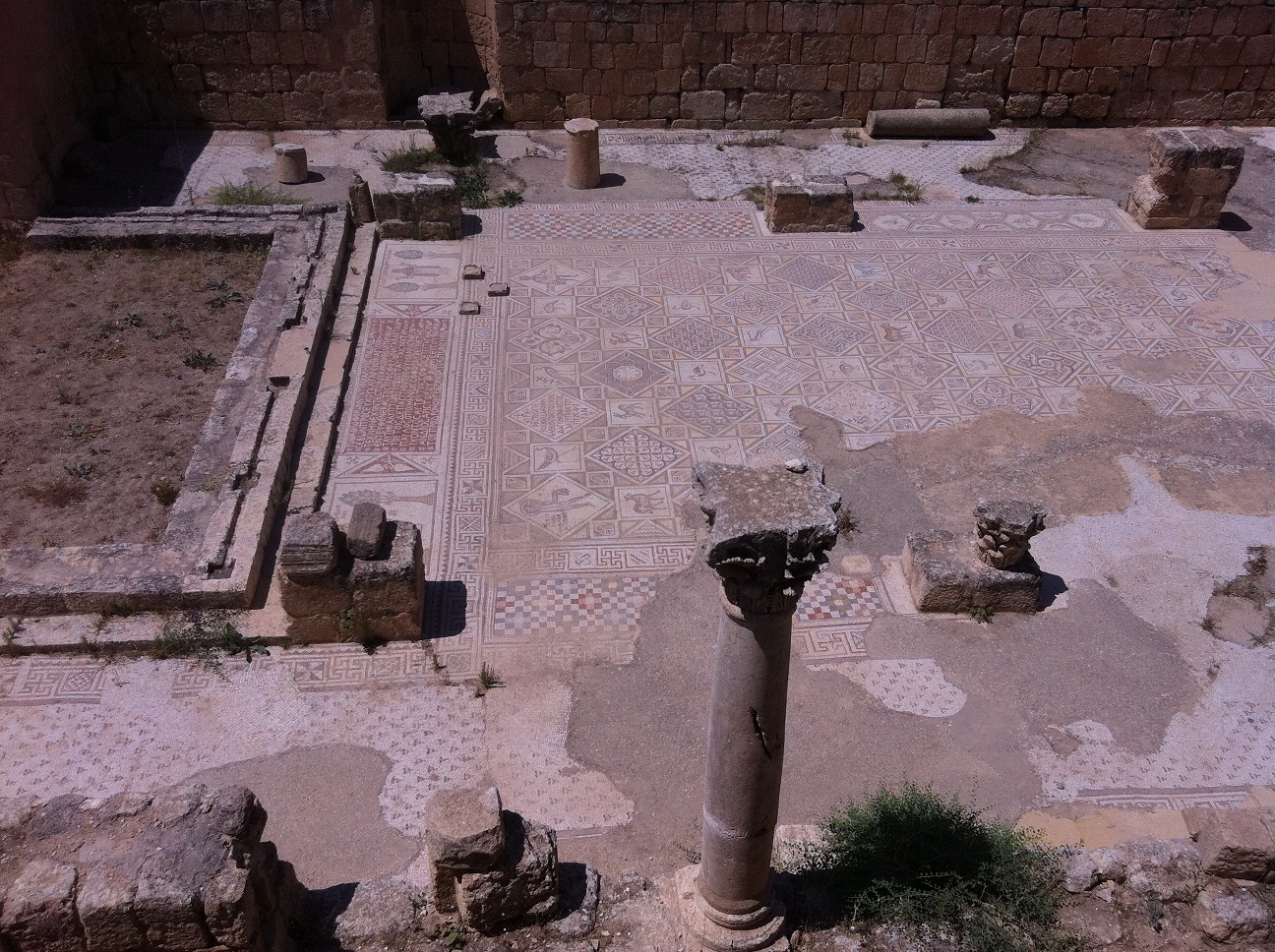 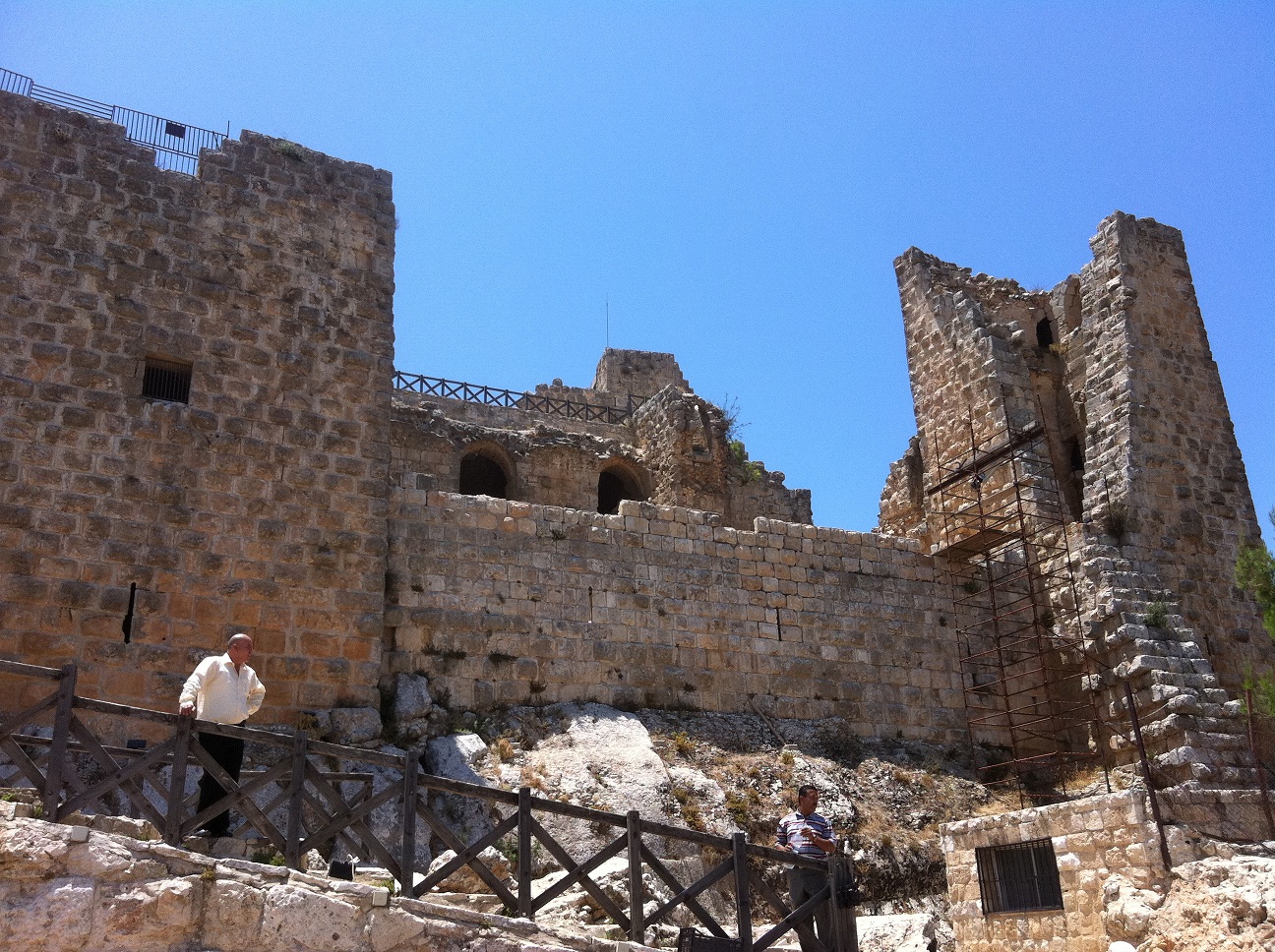 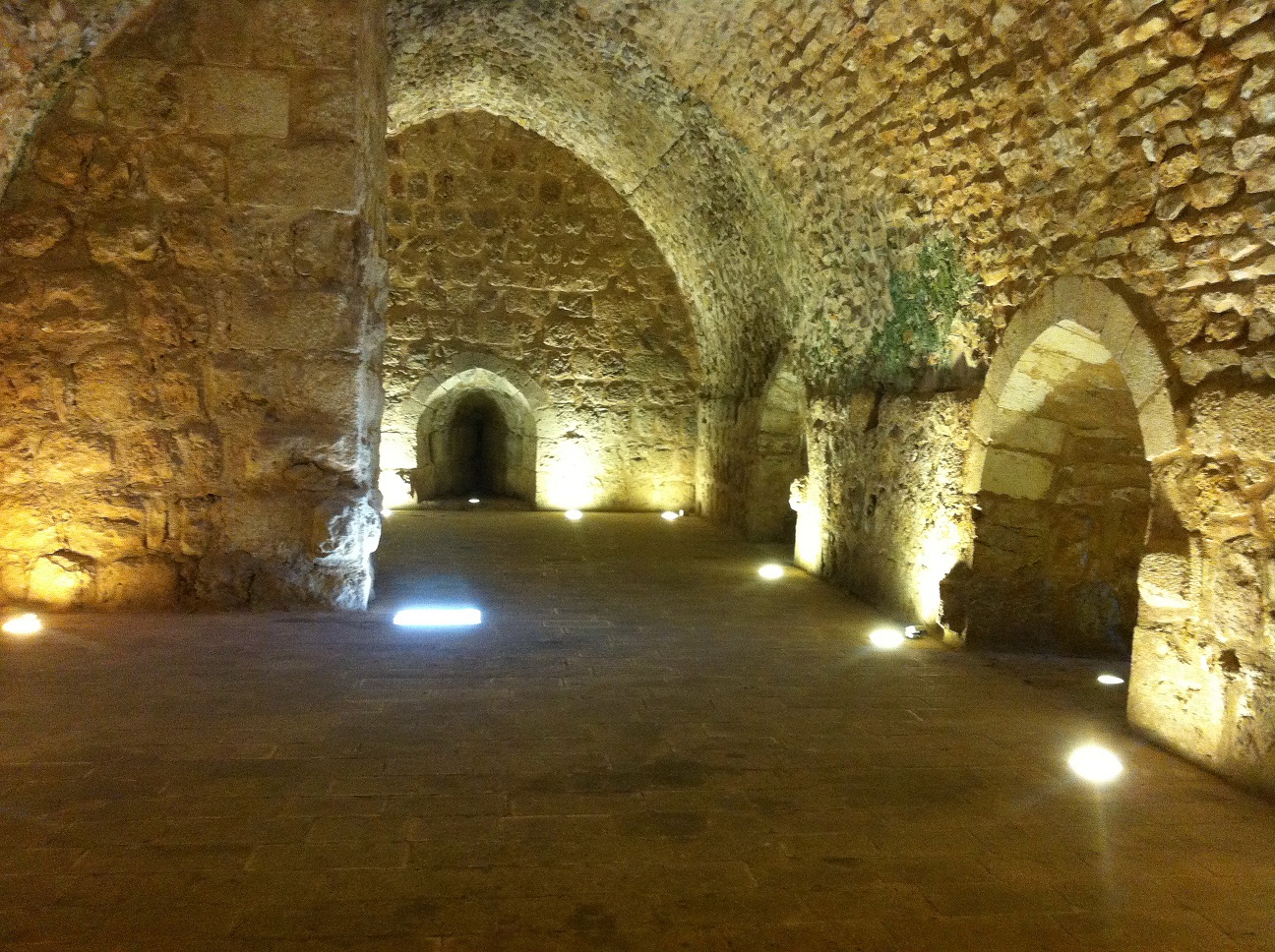 At the end there is a gladiator, chariot racing and legion performance in the old horse arena. For what it’s worth the arena hosted 15,000 people and was 250M long and 50M wide. Supposedly chariot racing was the most popular sport in the history of mankind. When you look at the population to fans ratio and the frequency of the events, you can see why. Half the city came to see all the races and they occurred several times a week. This was a small arena, there were some that held over 100,000 people. 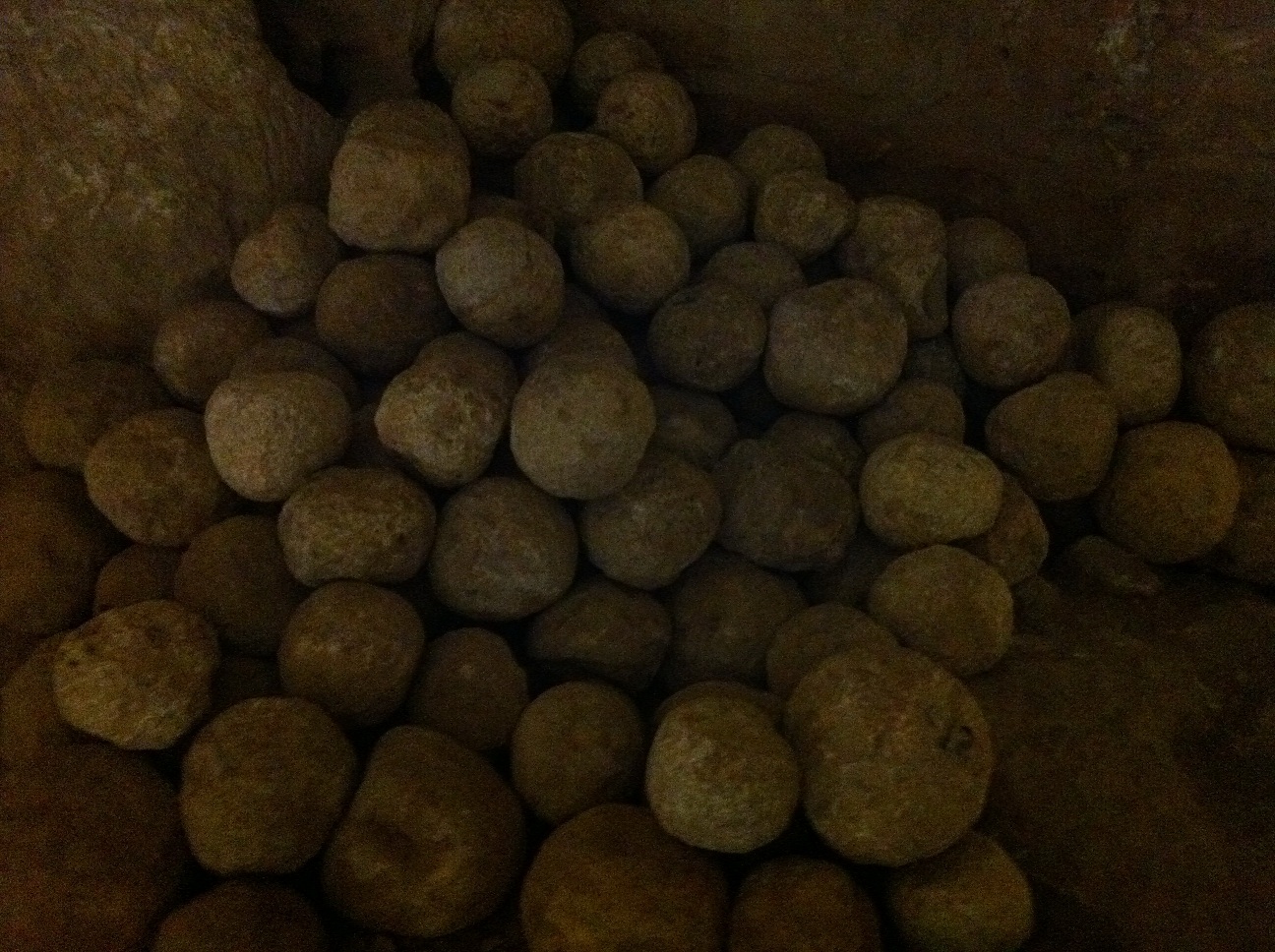 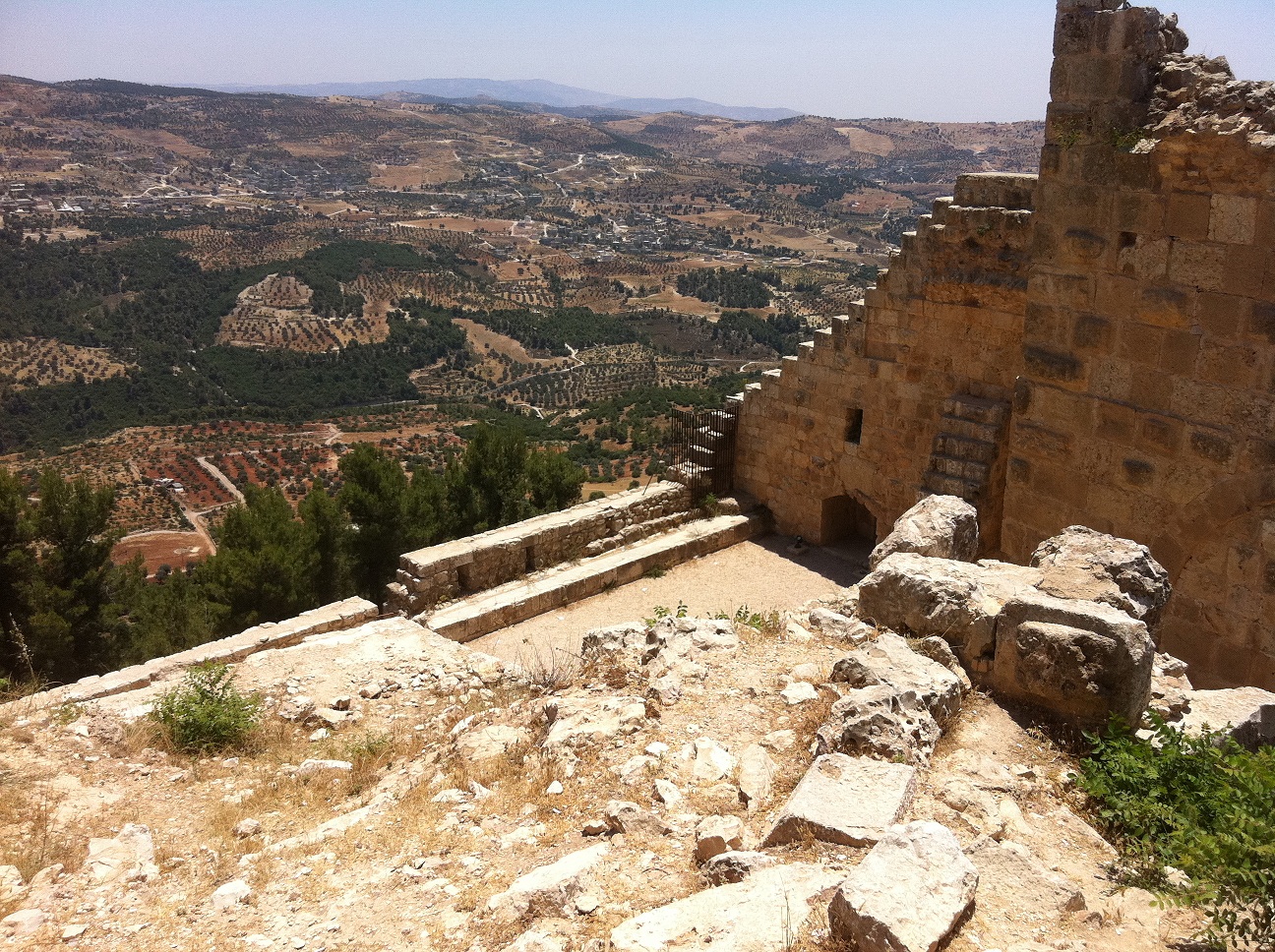 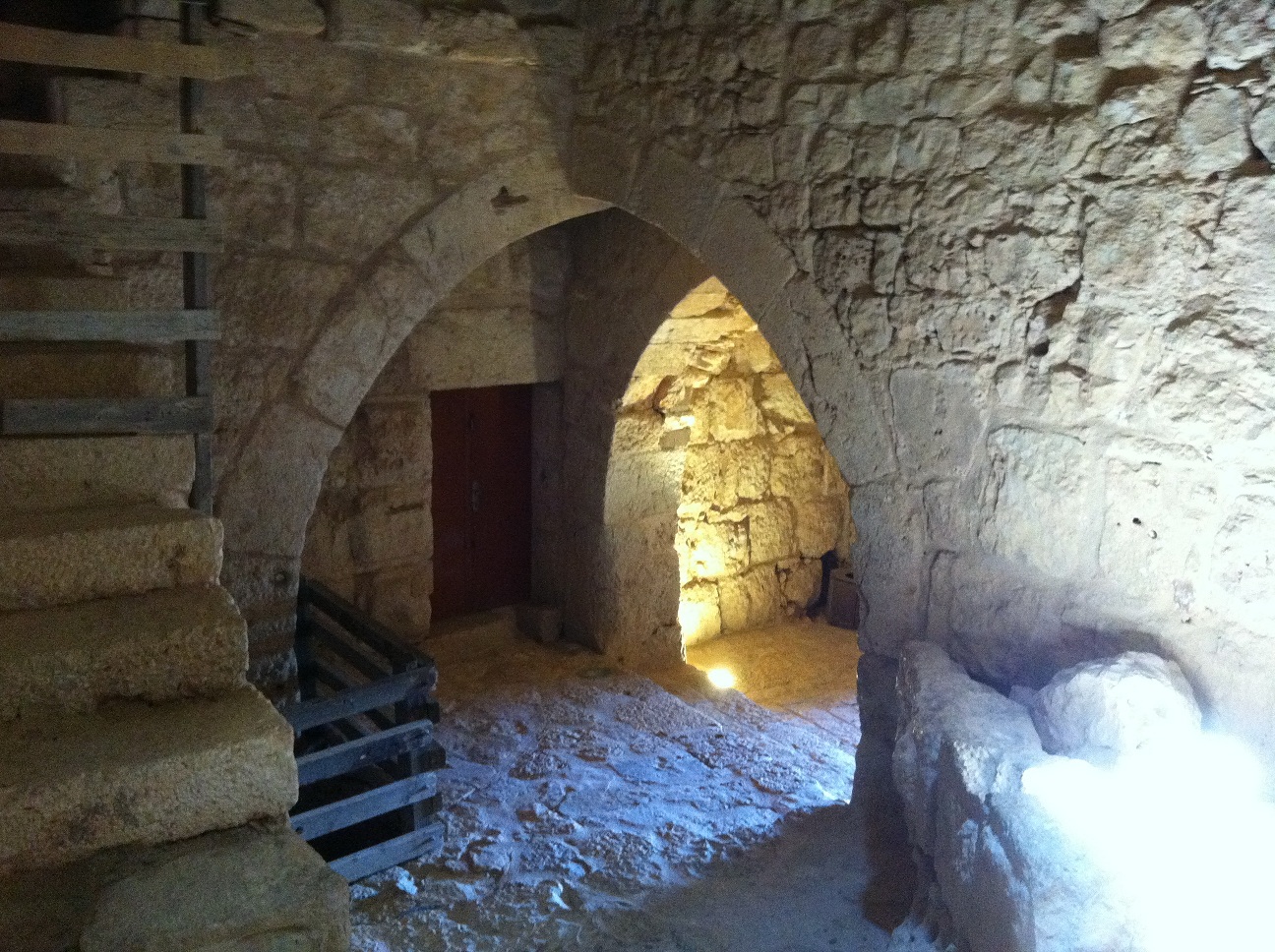 Afterwards we drove to the Ajlun castle. It was located strategically on the top of a mountain with stunning views of evergreens and olive trees in all directions. Guess what? Yes, you guessed it, it was built in 1184AD and on top of old Roman ruins. Said to my guide “The Romans were everywhere, yes!?” to which he quipped, yes but everyone builds a castle in the best spot, if you’re building it a few hundred years later, naturally you’ll probably conclude which spot is the most strategic and build on top of the prior ruins if they exist. 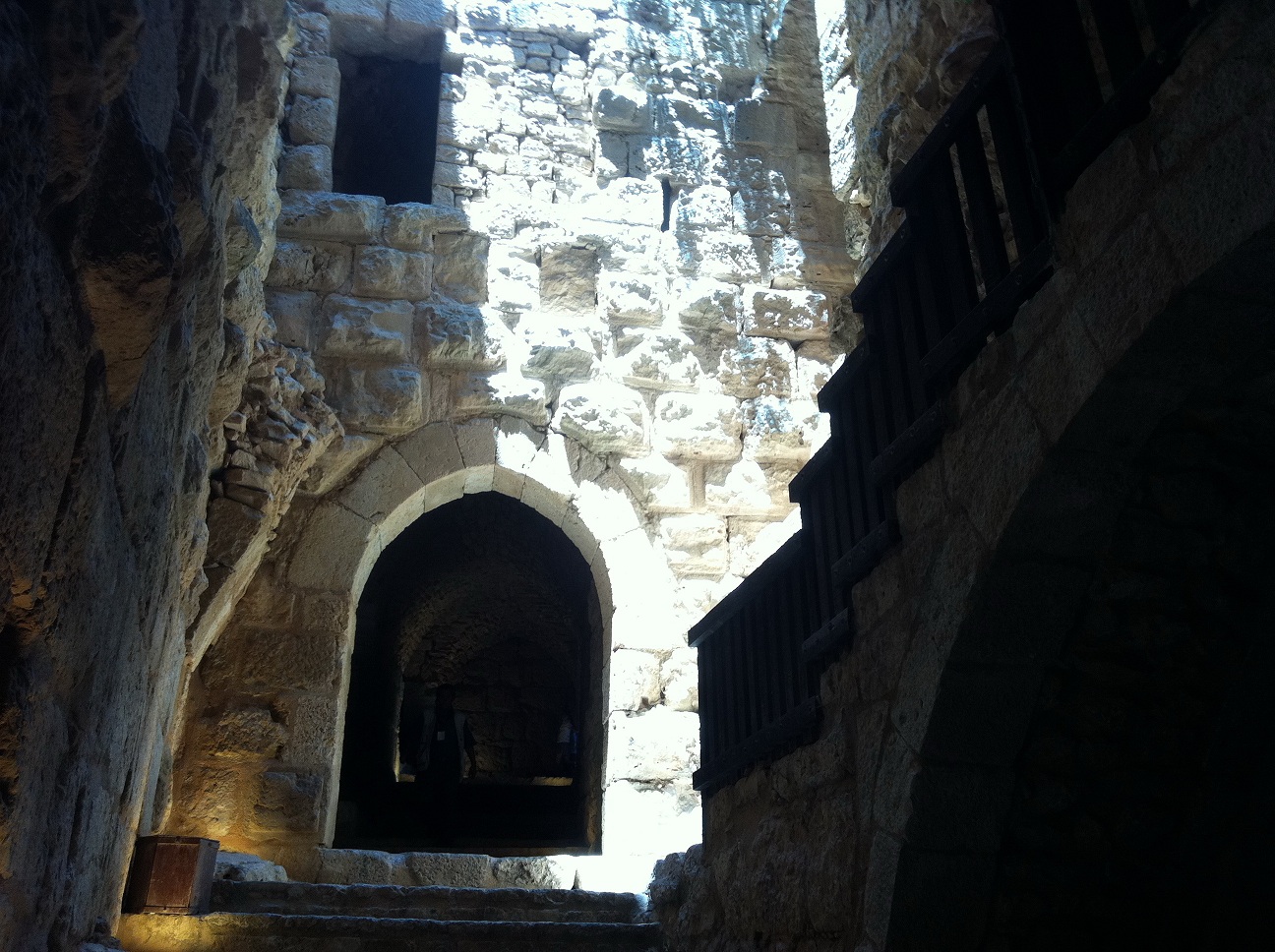 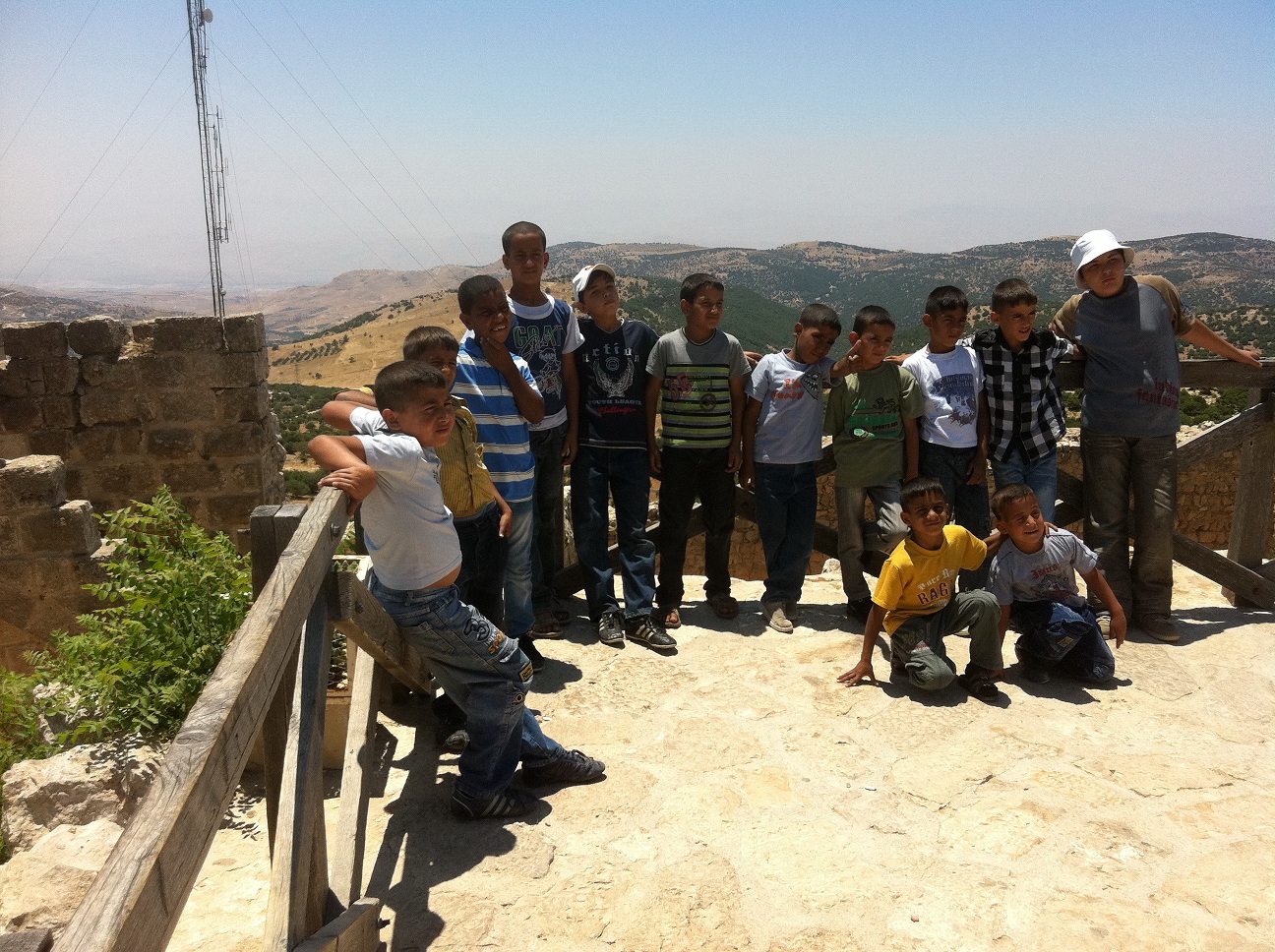 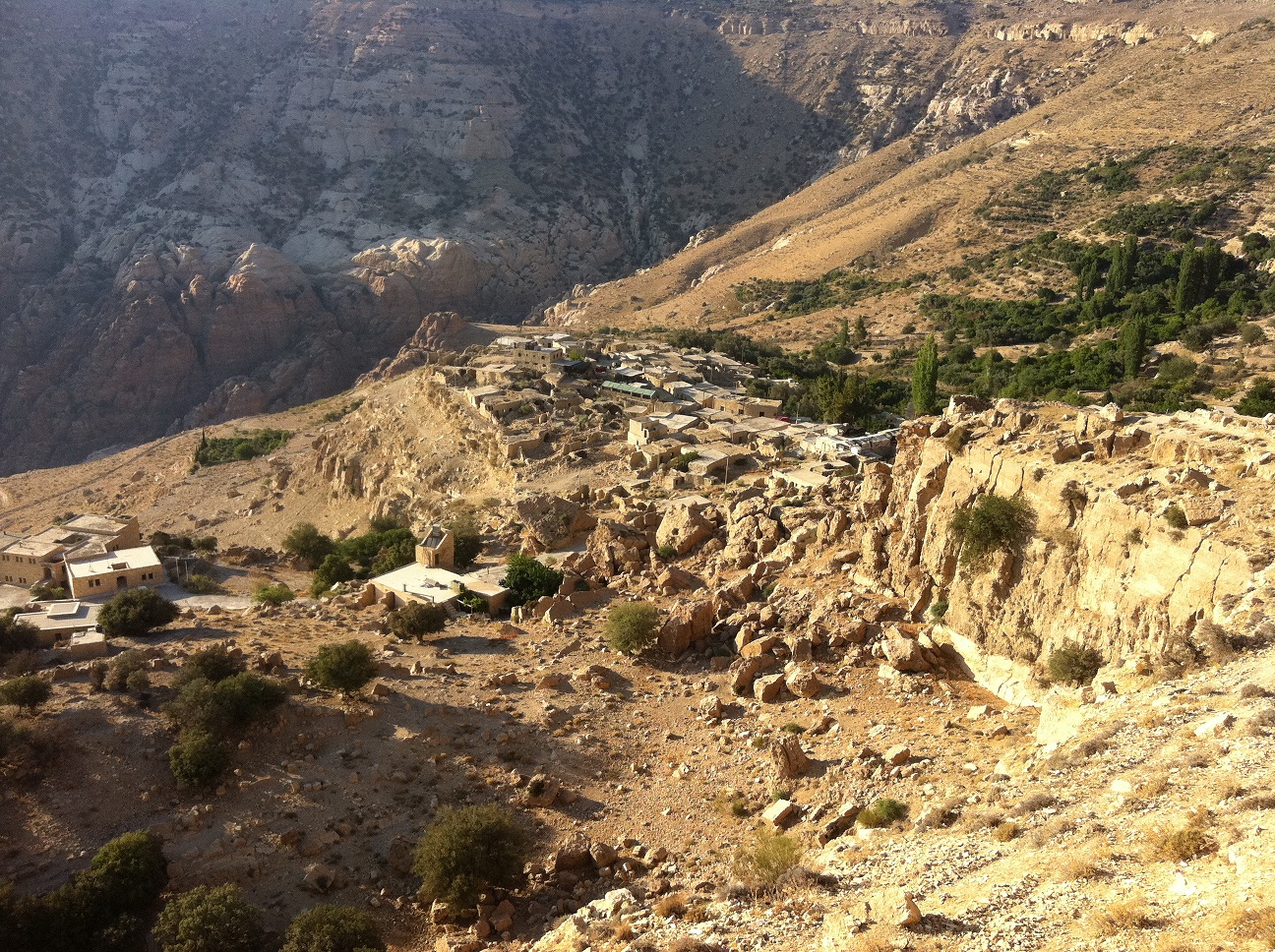 Aljun Castle was the only Muslim castle in Jordan during the Crusades and inhabited by Saladin. It was predominantly a castle that housed soldiers before they went elsewhere and it had great strategic views of southern Jordan, Syria, Jerusalem and more. It was well built and had a serious 15 foot deep dry moat around it. The part I enjoyed most besides the great views from the rooftop were the catapult rocks. The smallest ones were 12KG and the larger ones were, who knows. Can’t imagine what it must of been like being under siege. 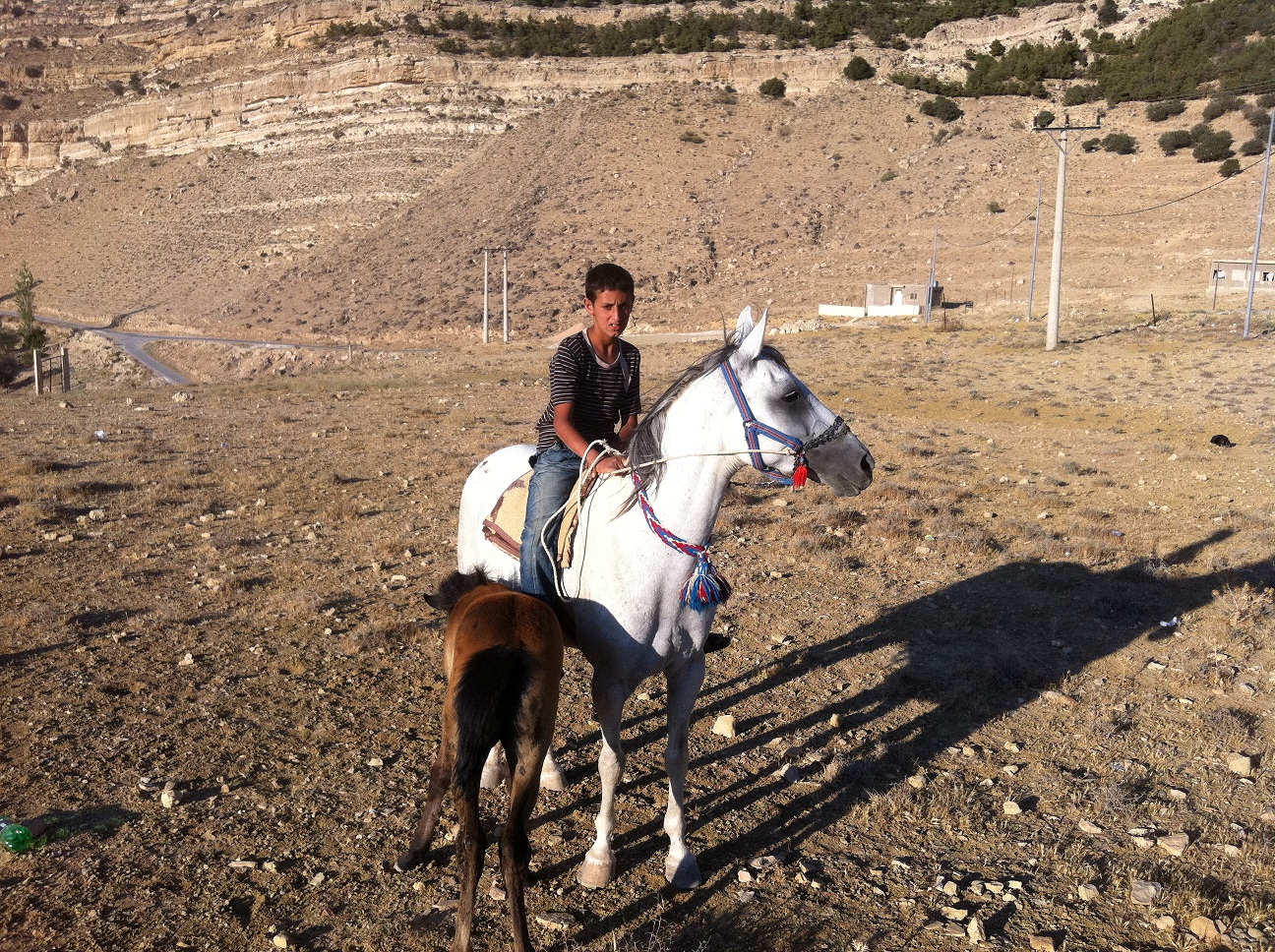 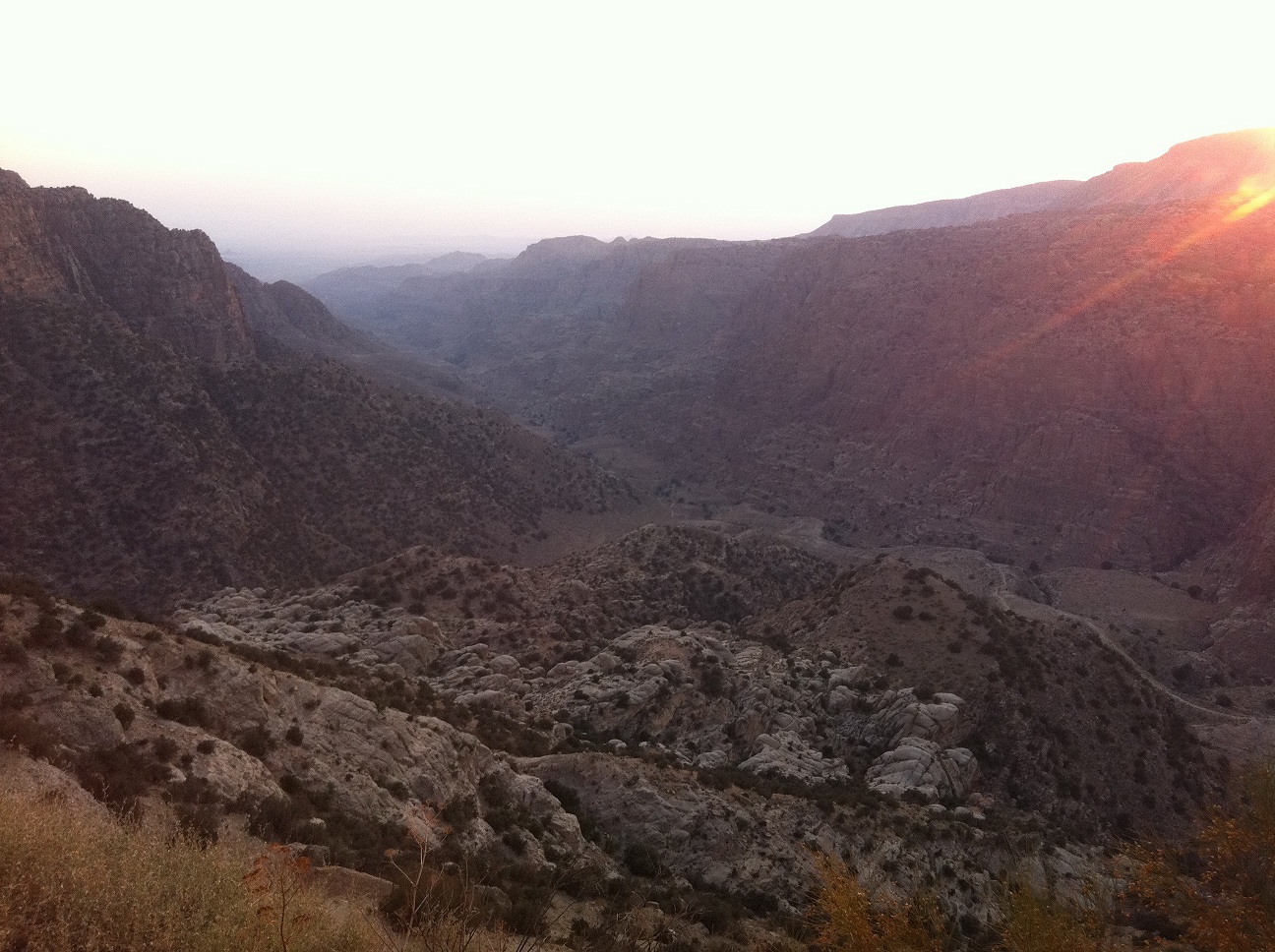 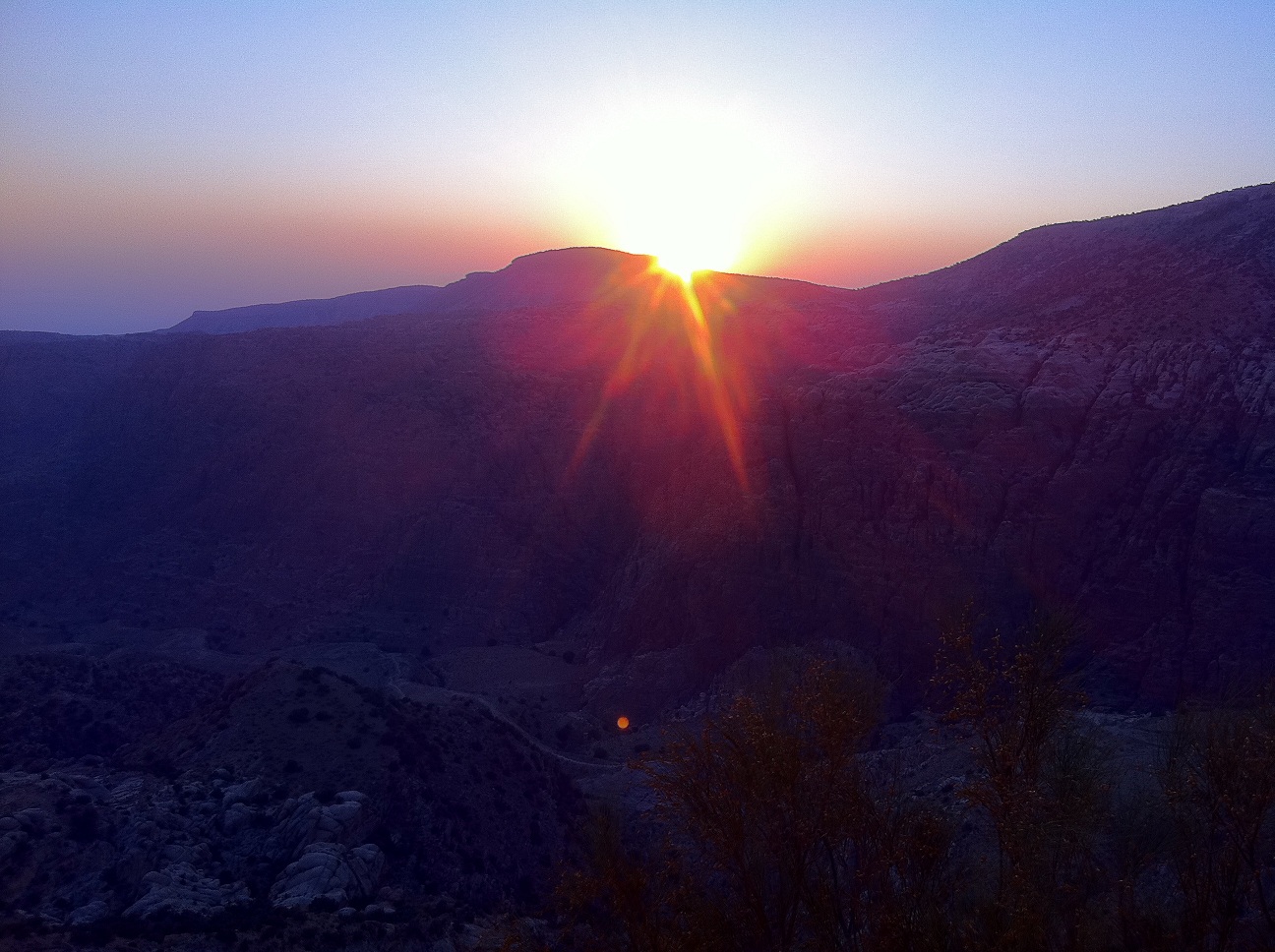 After investigating the castle we drove to the Dana Nature Reserve where we are now. There is not a lot happening here as, well, it’s a nature reserve. Snapped some shots from a lookout, ran into some children riding horses and that type of thing. While looking out my balcony, the terms quiet and peaceful come to mind, a good nights sleep is in order. The photos above are of sunset and the valley itself that we’ll be hiking in tomorrow.