Getting to Know Glasgow, Scotland 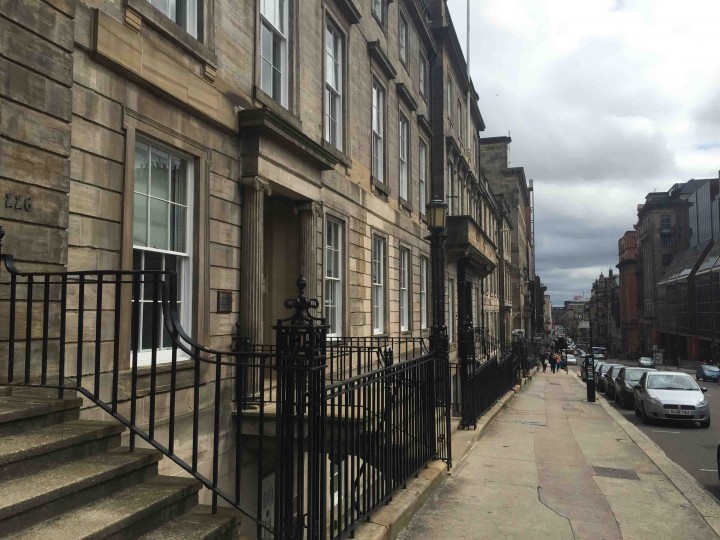 Today I’d like to talk about getting to know Glasgow, Scotland. There are plenty of different tours in Glasgow and the ones that I experienced are the Glasgow Style City Walking Tour and the Glasgow City Music Tour. I didn’t spend a long time in Glasgow, only two nights but I had a good time,  sawof the sights, enjoyed some great food and have the pleasure of exchanging pleasantries with quite a few characters. 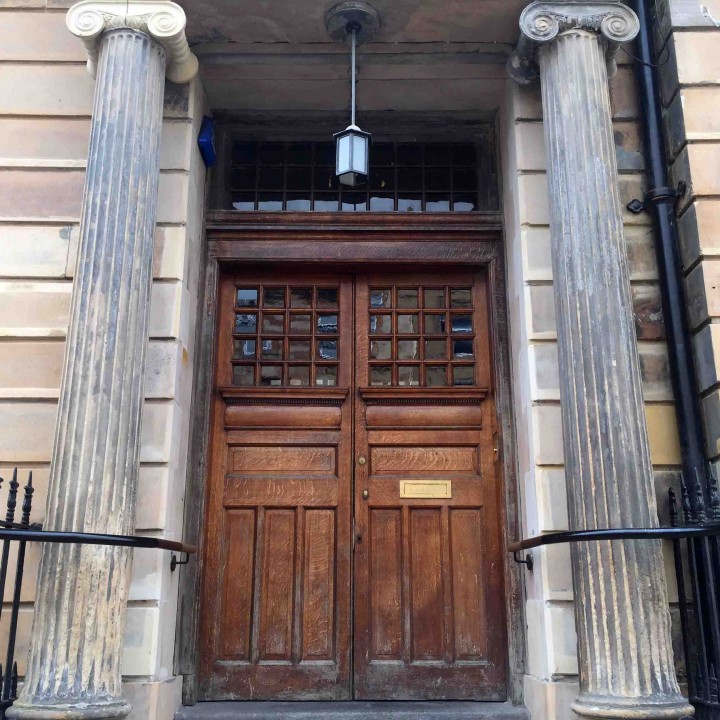 Glasgow is less than an hour away from Edinburgh by train and Scotland’s largest city. Glasgow is a city built around a port on the River Clyde in the Lowlands of Scotland and famous these days for its Art Nouveau and Victorian architecture. During the 18th and 19th century, Glasgow was the second city in the British Empire and experienced much prosperity due to the lucrative trade and shipbuilding. These days it’s home to many institutions such the Scottish Ballet, Scottish Opera and home to a thriving music scene. 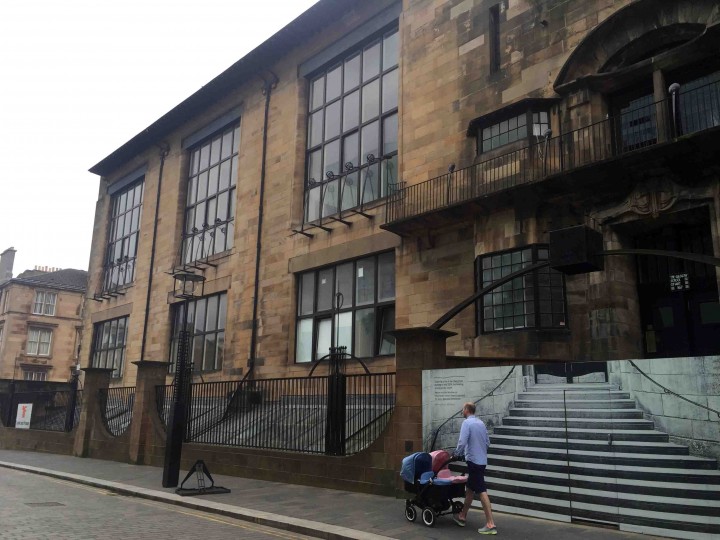 The first tour I took in Glasgow was the Glasgow Style City Walking Tour which is run by the Glasgow School of Art. The tour focuses heavily on the rich architecture which was left behind from more prosperous times and includes much of the work from Mackintosh who also happens to be the founder of the school. The tour took a few hours and showed us many buildings designed by him as well as those of Alexander “Greek” Thompson who provided much of his inspiration. There is a saying in Glasgow along the lines of “If you’d like to see something beautiful, just look up”. The buildings are incredible and a real sign of just how rich Glasgow was for a period of time in history. 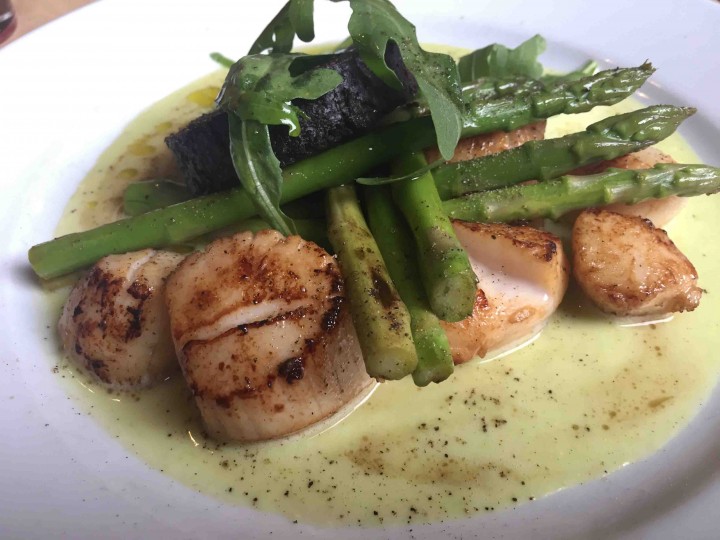 Following this tour I went to Cafe Gandolfi for lunch and enjoyed one of the best meals I’ve had in recent memory. I had a tomato, beetroot and lentil soup followed by their barra scallops topped with asparagus and a special black pudding. To say I enjoyed the meal which I washed down with fresh grapefruit juice would be an understatement. Everything on the menu looked delicious and returning to Cafe Gandolfi will be high on my list of priorities should I return to Glasgow. After this meal I met up with my new friends from Glasgow City Music Tour and began to learn about the cities rich musical history and the current scene. 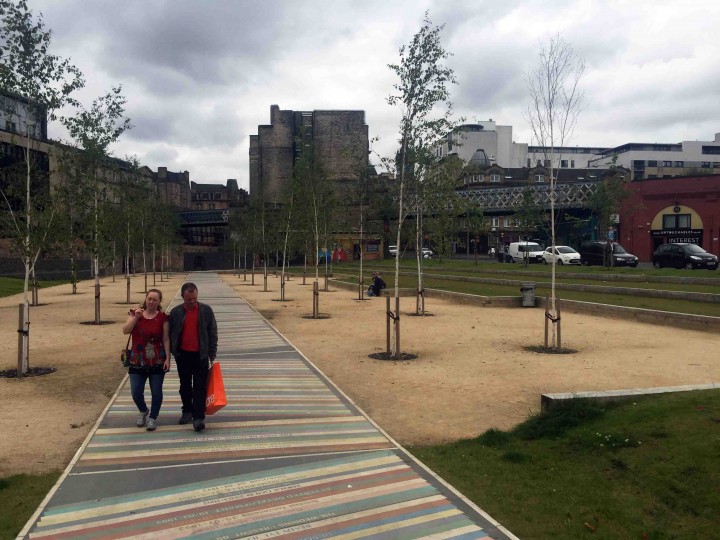 The Glasgow City Music Tour was good times and a rather new tour being offered in the city. It started on the Park Album Pathway which lists some of the thousands of bands which have played the legendary Barrowland Ballroom since 1983. The Barrowland venue has basically seen every big name in the last twenty years and is right next to the Barras Market. Barrowland has a capacity for roughly 1900 people and due to its size supposedly has a sound and atmosphere like no other. 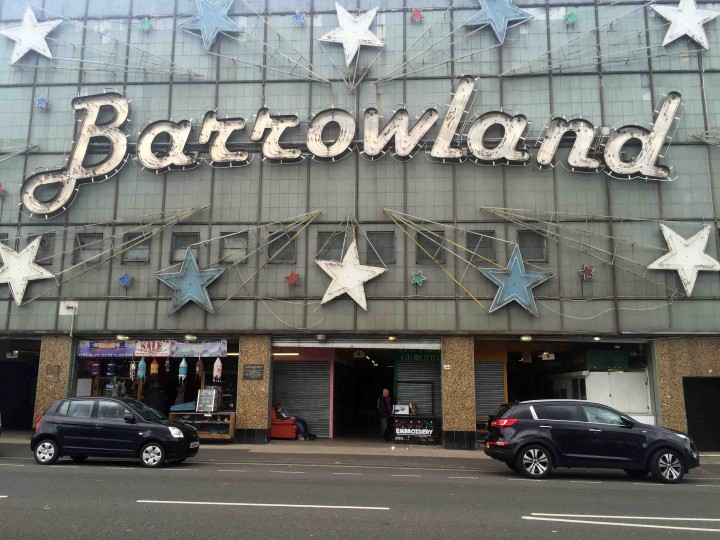 We also visited some other venues, landmarks, saw a Doctor Who phone booth and finished off with a drink or so at The Scotia followed by The Clutha Bar. The Scotia is known as one of the oldest pubs in Glasgow and a long time supporter of the local folk scene. The Clutha Bar is also a famous venue which has long been involved in the folk scene as well. The guides were great fun and  filled with knowledge of the local music scene; something I knew little about before the tour. 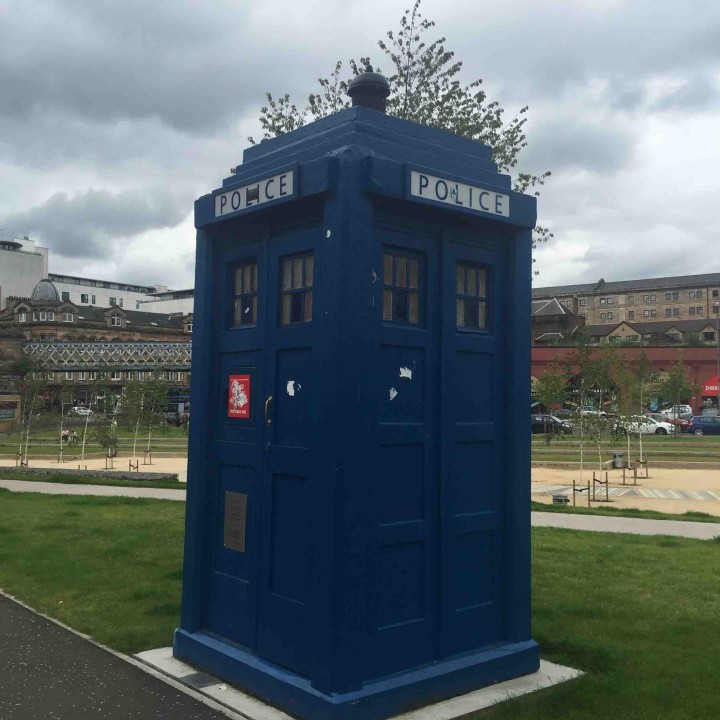 I wasn’t in Glasgow for a long time but I did have a good time and met lots of interesting people; a few cabbies in particular whom I enjoyed long rides with chatting the whole way. I’d gladly return to Glasgow to further explore the city, marvel at the architecture and without a doubt, enjoy a few pints and laughs with some of the countless characters who call Glasgow home. 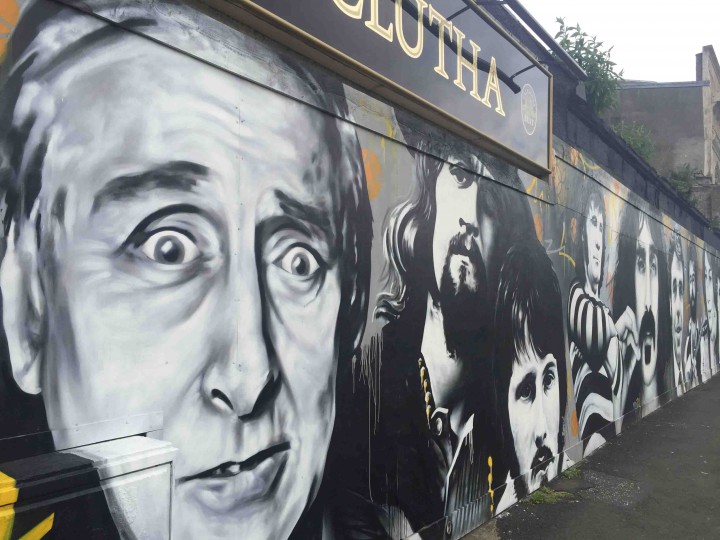 In closing, this campaign was created and managed by iambassador in association with Visit Britain. That said, obviously all thoughts are my own as they always have been and always will be. If you’d like to follow along in real-time, please search the hashtag #DestinationBritain on major social networks such as Instagram, Facebook and Twitter.

One thought on “Getting to Know Glasgow, Scotland”