Taking a Trip to Otto’s Beach on Little Corn Island 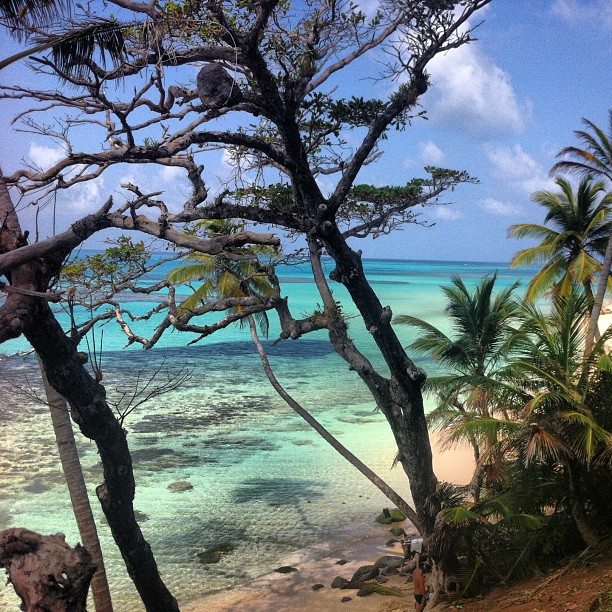 Yesterday I spent one of the coolest days I’ve had on the island in the last 7 months and it involved a day trip to Otto’s Beach on the north western point of the island. Otto Beach Little Corn Island is a solid 20+ minute walk from town and it involves climbing the hill that sits in the center of the island and a march through jungle until you reach what I can only describe as paradise. The crew was myself, a lady from London and a gent from Tel Aviv.

We arrived and just waded around in the turquoise waters for hours in between sunning oneself on the sand or heating up on a large lava rock left from who knows when? Considering it’s a Monday during off season, there wasn’t a soul in sight for most of the excursion except the odd local going about their daily lives or some couple on a cruise; it was bliss and oh so relaxing. 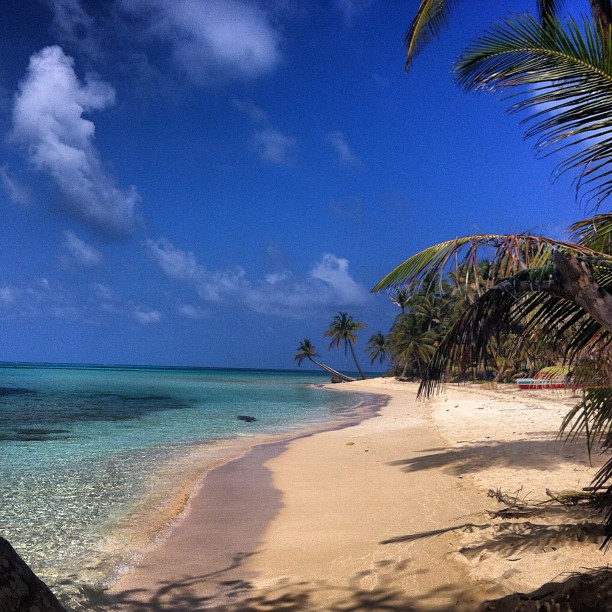 A few hours into the adventure one of the crew members, the gent from Tel Aviv went on a mission from the sea and came back with a gent bearing a machete and donning a colorful shirt. In no time he was climbing the highest coconut tree off the side of this cliff and dropping coconuts like a machine. I’ve never seen someone climb with such agility and strength, let alone to a location that a fall could be fatal. If only I had my camera as it was one of the coolest physical feats I’ve seen, seriously unreal aka unbelievable.

Moments later we were all drinking the tastiest coconuts we’ve ever had, later we eat them. Another great thing about Otto’s Beach is that the sunset is just out of this world and the you can see the sun sink into the endless sea. Afterwards we made our way back and spent an hour in the baseball diamond at night staring at the stars. It’s one of the darkest and most elevated parts of the island and the sky just extends forever, it’s unreal.

The day concluded with dinner at Tranquilo Cafe, my favorite restaurant on the island.

My time is coming to a close, a week left in paradise and then the next adventure begins.

P.S: Old photos but didn’t bring a camera and this is exactly where it all took place.