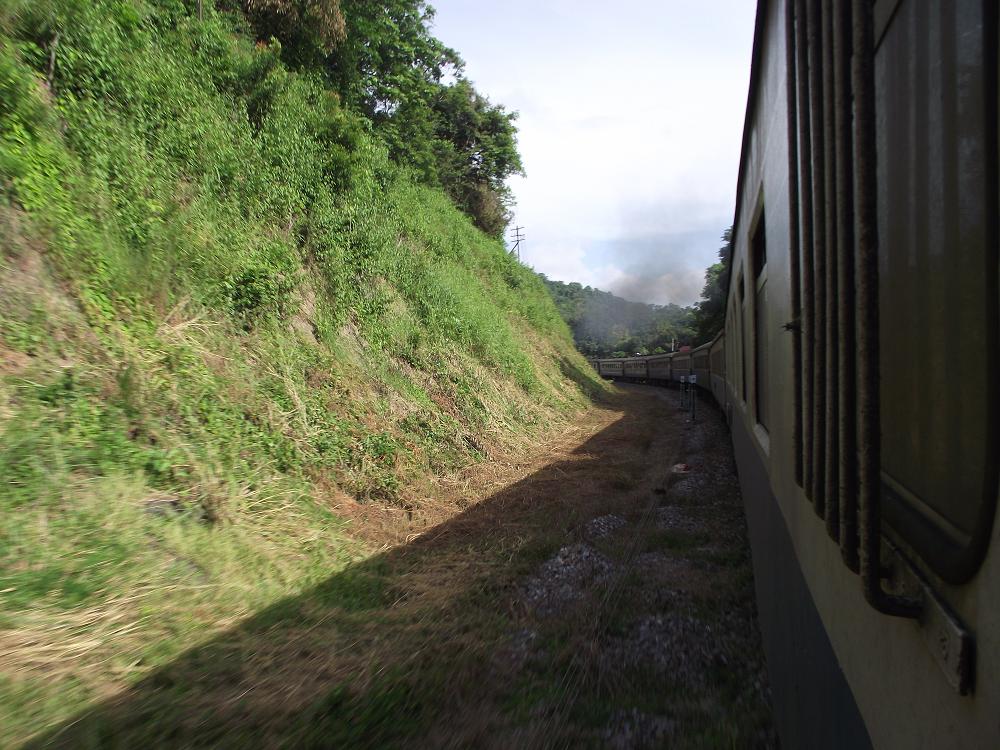 First, let us say that trains in Thailand have NOTHING on trains in Europe, NOTHING. Also, why would you ever book a train through an agent? Only time to book through an agent is if they pick you up at the door. Suffice to say, took a tuk tuk to the Bangkok Hua Lamphong train station last night and booked an overnight sleeper train 2nd class air con for 751baht from Bangkok to Chiang Mai. The tuk  tuk cost me 120, they wanted 200, 100 probably possible. The train was 140b less going to the station yourself… Remember, travel agents aren’t charities. 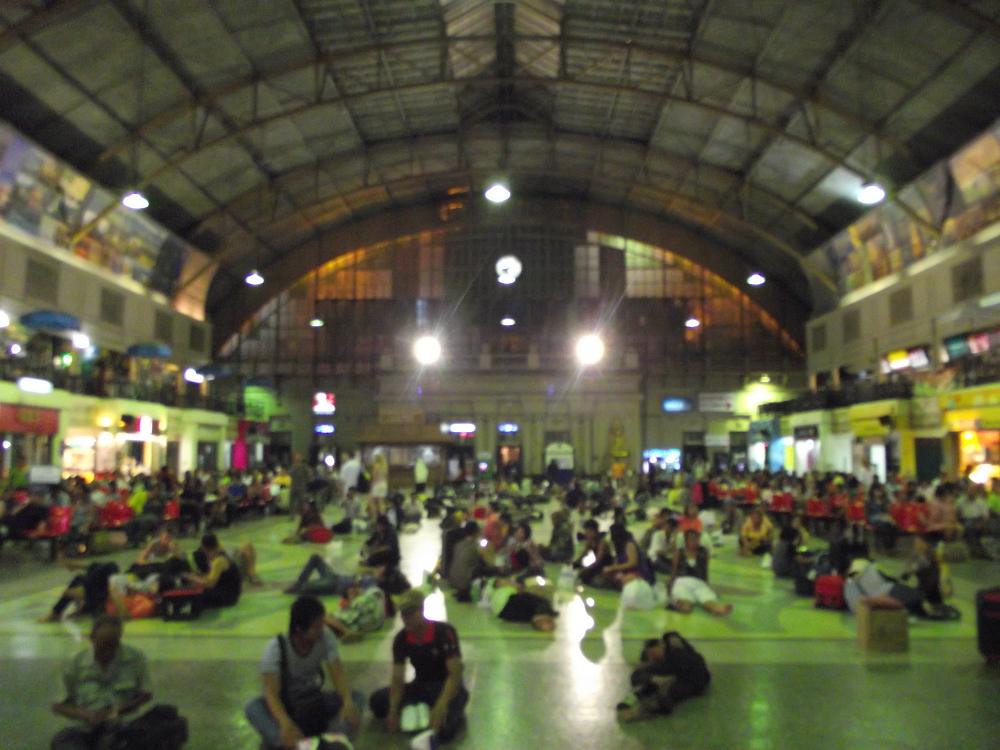 The overnight bus is way cheaper at 350 baht, I arrived about 5 minutes too late to get it. Weighed the pros and cons of staying another night in Bangkok, one must leave or forever be stuck in the vortex. Chiang Mai is way more laid back, just as hot though, or so it seems. ~wipes sweat from brow~ 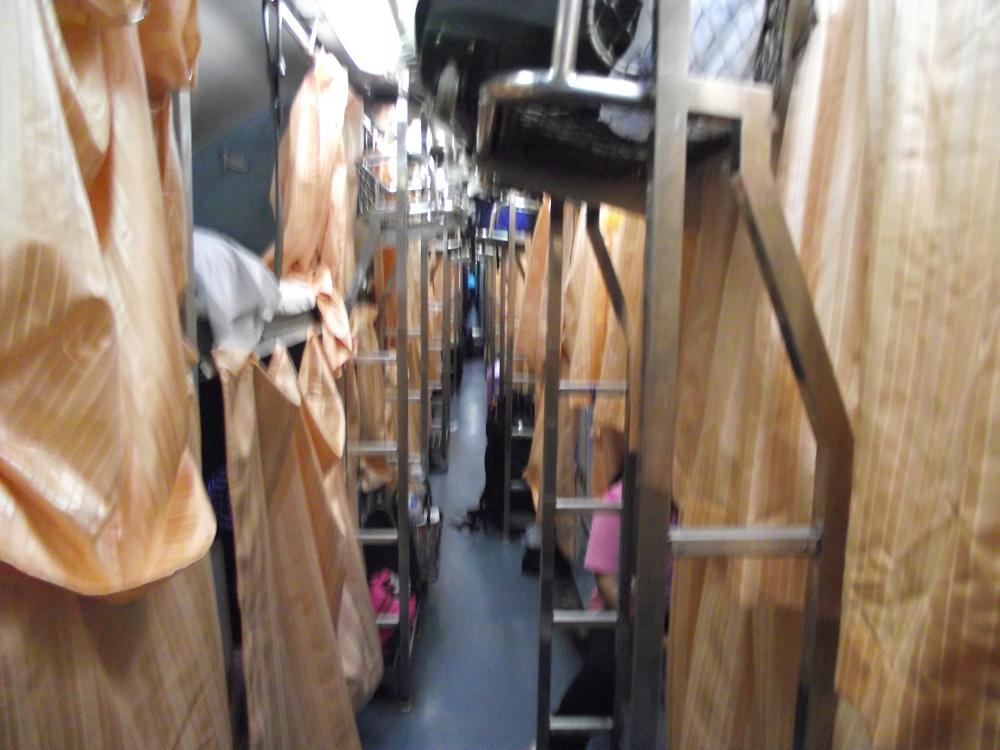 You can get an overnight seat no aircon for ~431 baht, with aircon for 531 baht, sleeper with no aircon for 6 something and 751 for the aircon. Supposedly a 1st class as well, didn’t see it, not sure it exists. It would cost you ~1500 baht. Lots of security on the train, much safer than a bus having taken both now. 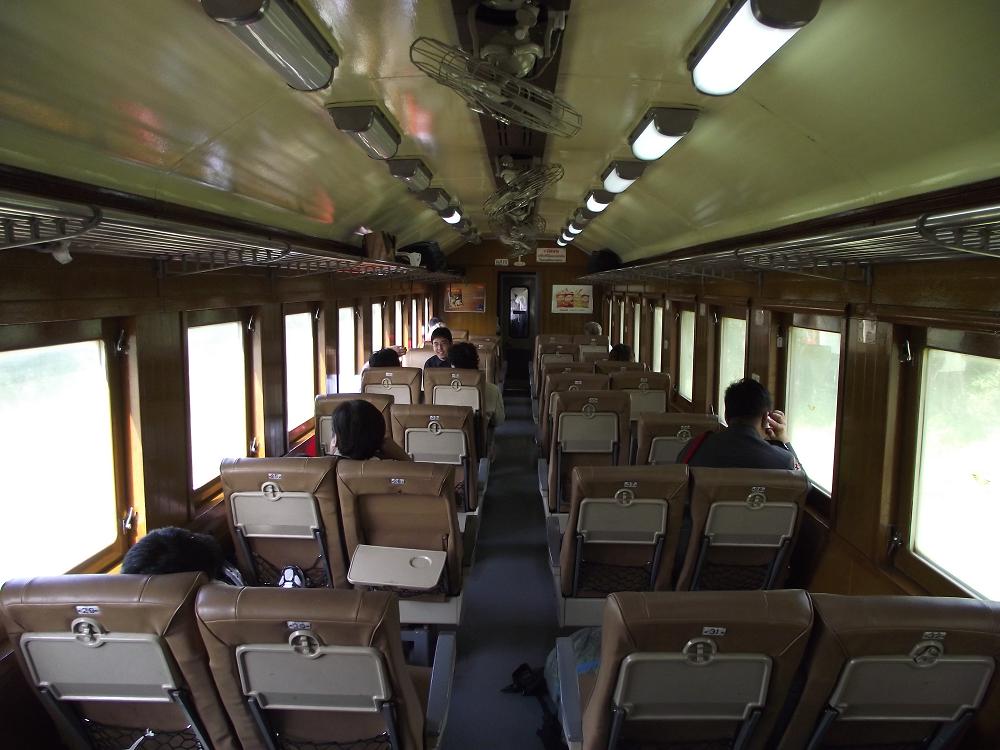 The officials on the train were a little loco freaking out at yours truly over being in wrong seat, which turned out to be the right seat? Huh? Chiang Mai has a very different vibe than Bangkok, I like it, thus far. Already looked through my old stomping grounds. Apartments start I do believe around 5,000 baht a month + utils… Thing is, I hit up an old guest house I stayed at and I can get the same room I used to have with wifi, hot shower and some kind of security for 4,000 baht a month. 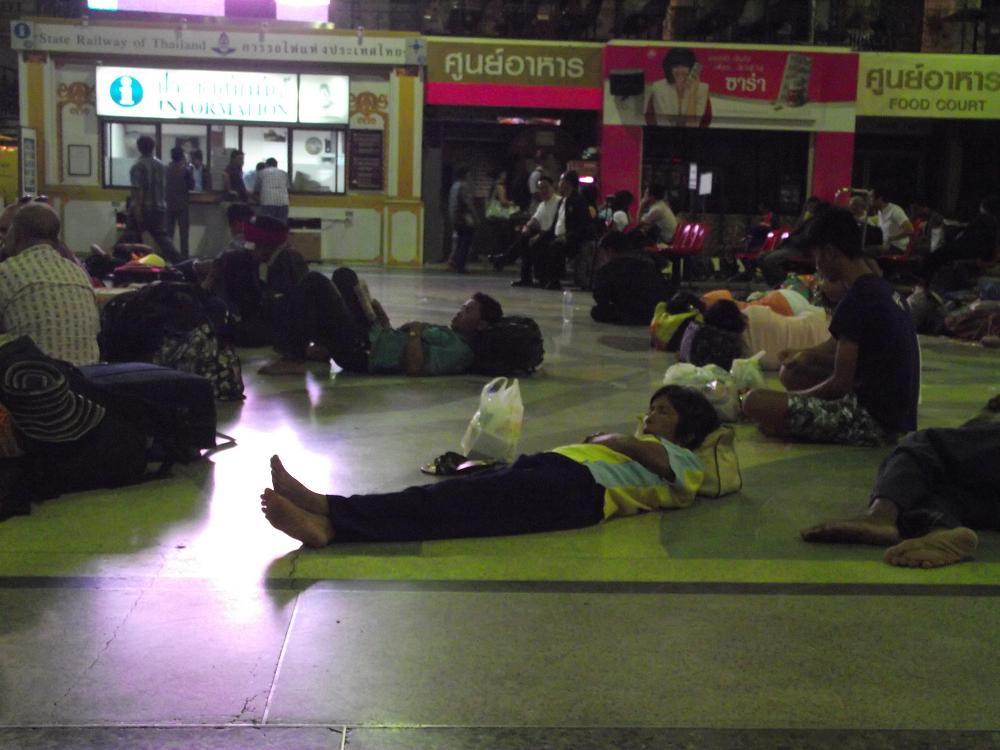 Curious if they will do 1,000 baht a week or 1100 baht a week? Why do either or when you can do both? If you pay weekly you have flexibility and can do as you please, to some extent. A friend of mine has a birthday party tomorrow, should be interesting. 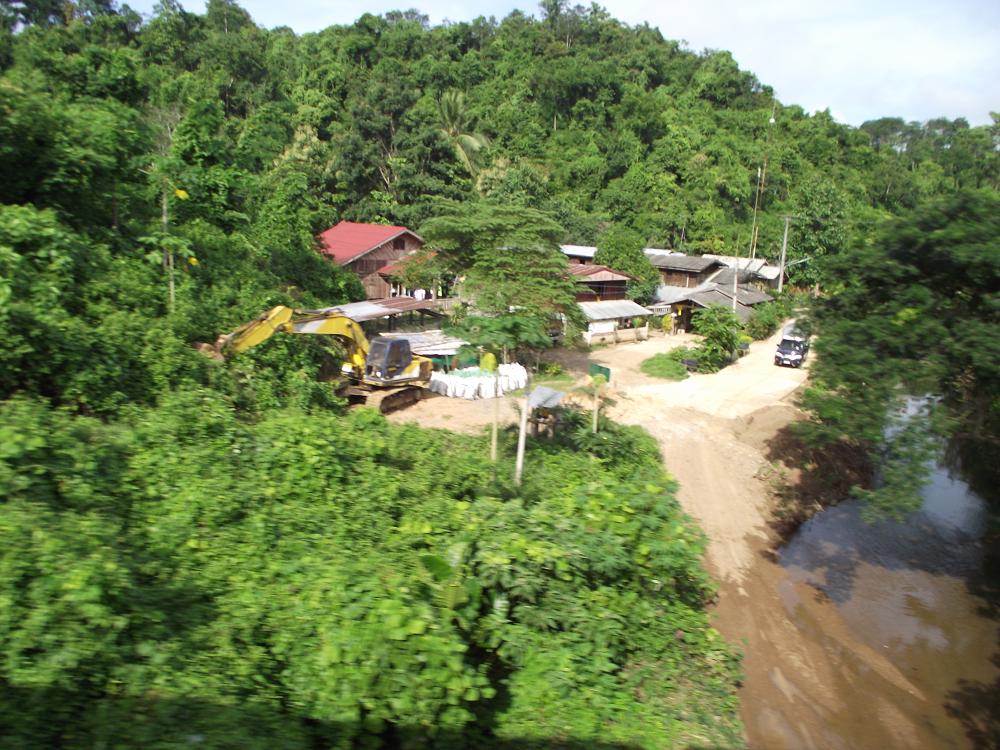 Chiang Mai is the 2nd largest city in Thailand, but nowhere near the madness of Bangkok. The trip by night train is 14 hours, the train moves sooooo slow at some points you feel you are moving backwards. Also a good nights sleep? At 9am they come and wake you up to convert back to seats, not sure why, really. Met some French ladies at the station, then a crew that assembled minutes before my arrival on the train. A gent from Netherlands Antilles, Germany and Holland. Do not fear traveling alone unless you are socially awkward. Remember everywhere you go is like frosh week where no one really knows anyone and birds of a feather always flock together. Ironically, also met these dudes from Japan, we went into a big discussion about cameras as I just got one, they approve, I needed to hear that. I really like Japanese people, just saying. 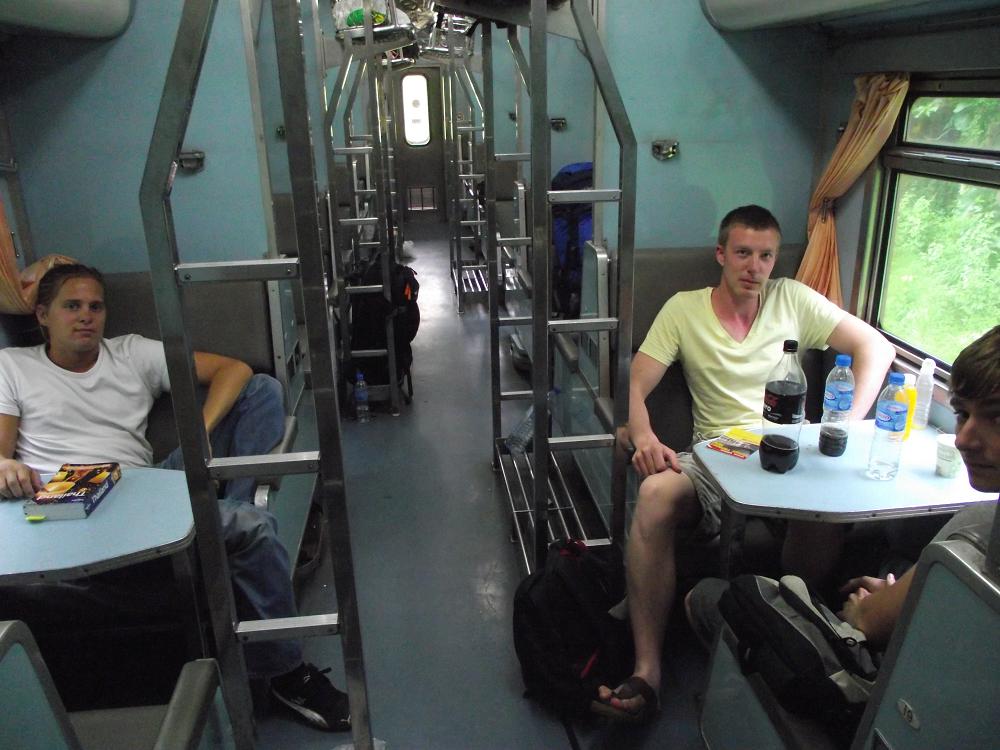 Do NOT get the breakfast aka sweating ham and cheese, a mate of mine did and well let us just say he left some of his clothes on the railway tracks haha. To be frank, I see some feelings of isolation on the horizon, why? Well after being in hotel /hostel / guesthouse for 1 solid year, being somewhere quiet without constant craziness will be weird, take some adjusting too. 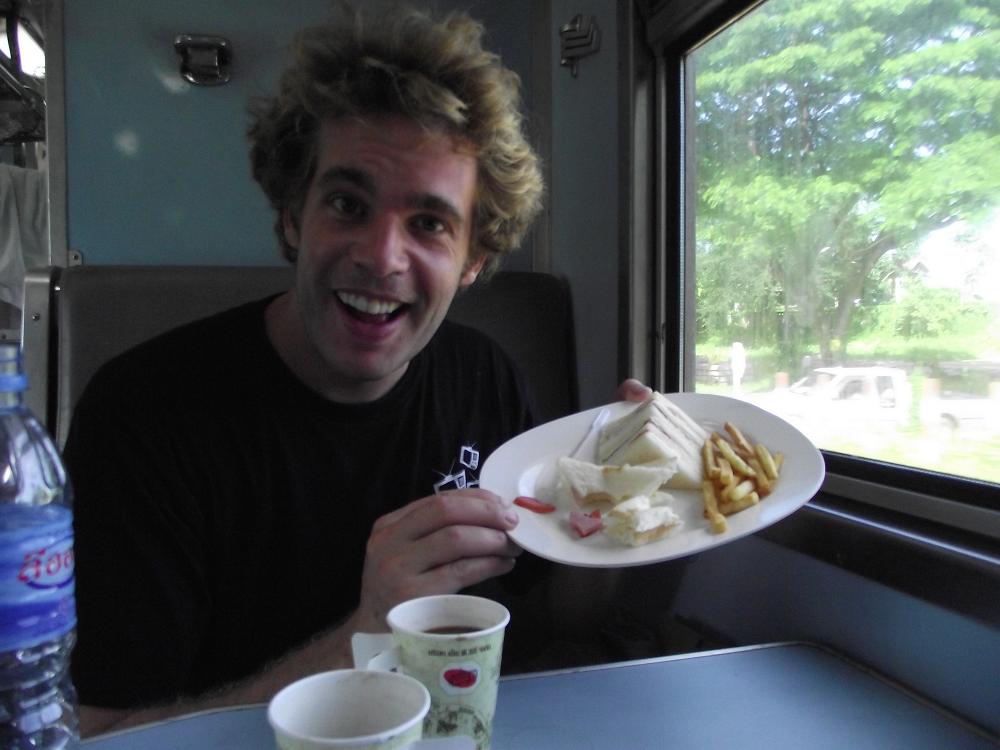 A friend from Nha Trang, Vietnam wanted to split an apartment in Koh Chang, hopefully work gets done here as a result she has booked a ticket to Western China, not sure about this to be frank. 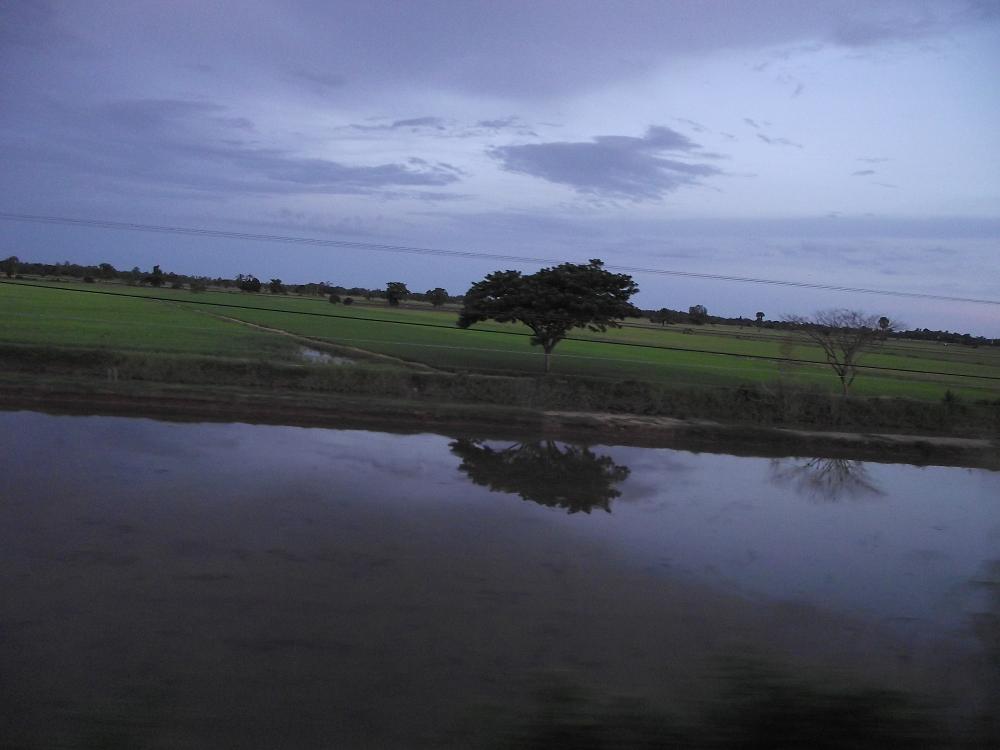 The trip up is very scenic though, if you leave at 7:35 at night, you get in at 9am. If you leave at 10pm, you get in at 12:30pm or something like that. Lots of beautiful nature, if trekking is your thing, taking a trip up here is definitely worthwhile. I must say, feels kinda weird being back in Thailand. Has it really been almost a year since arriving here from LAX? I can say that after 1 year, I am not in the mood to go anywhere. The thought of even a 3 hour train ride makes me want to lose my lunch. How many trains, buses, tuk tuk, taxi, moto’s and planes? Too many. 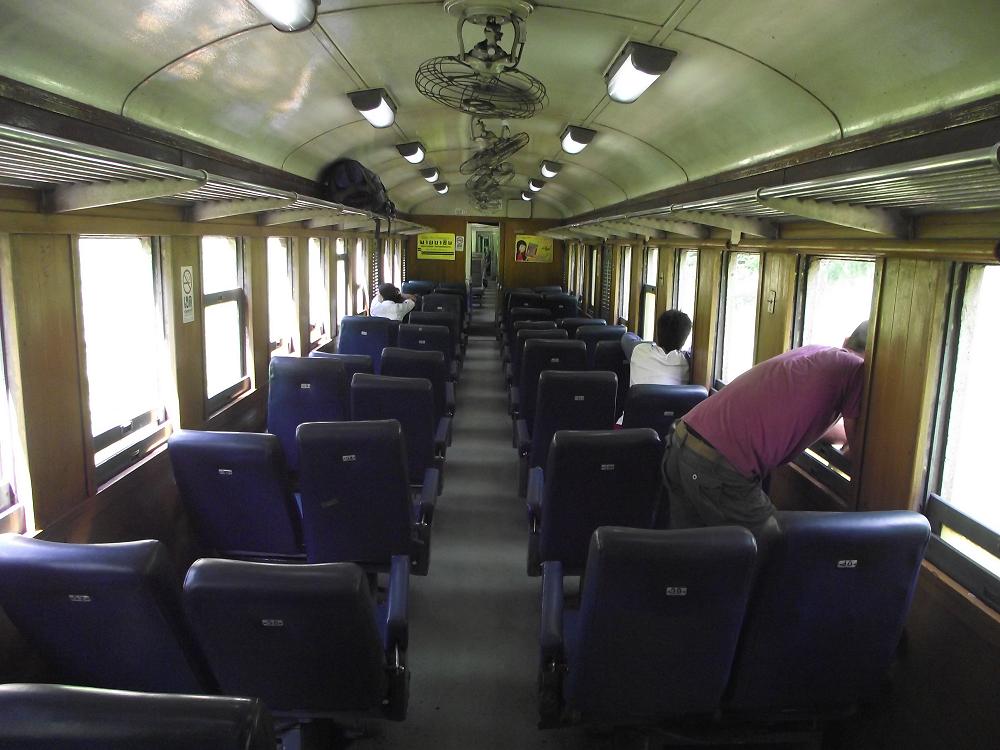 Would you believe there are other travel writers in this guest house? They have a travel video series where people show up places with no money and live around the world 3 months at a time finding work as they go. Traveling truly is accessible to anyone now, the question is are you willing to take the plunge? Being on the road ~1 year now, I can say I have no regrets. I’d of done some things differently naturally but nothing is perfect, even in paradise. 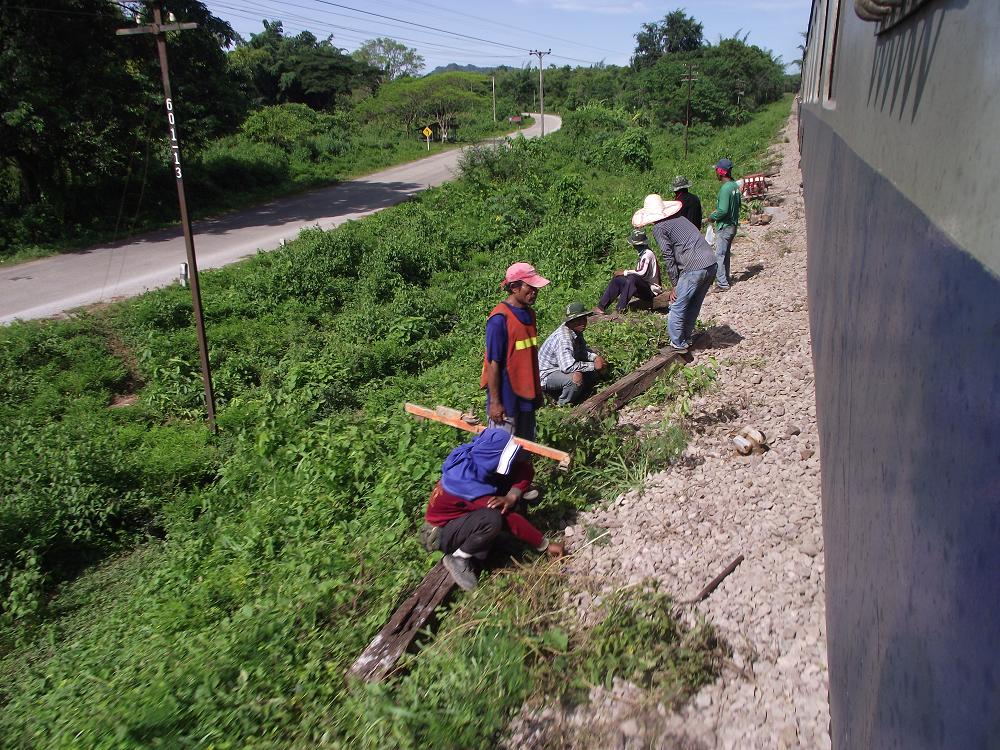 Making an update on Pantip Plaza, basically 5 floors of computer equipment, the deals are NOT that good as a whole, I will get into it later except one could get an unlocked iphone for ~$650US which is a good deal. The question is, why would I need an iphone? Why do YOU need an iphone? I used to live on my phone, now don’t even want a phone. 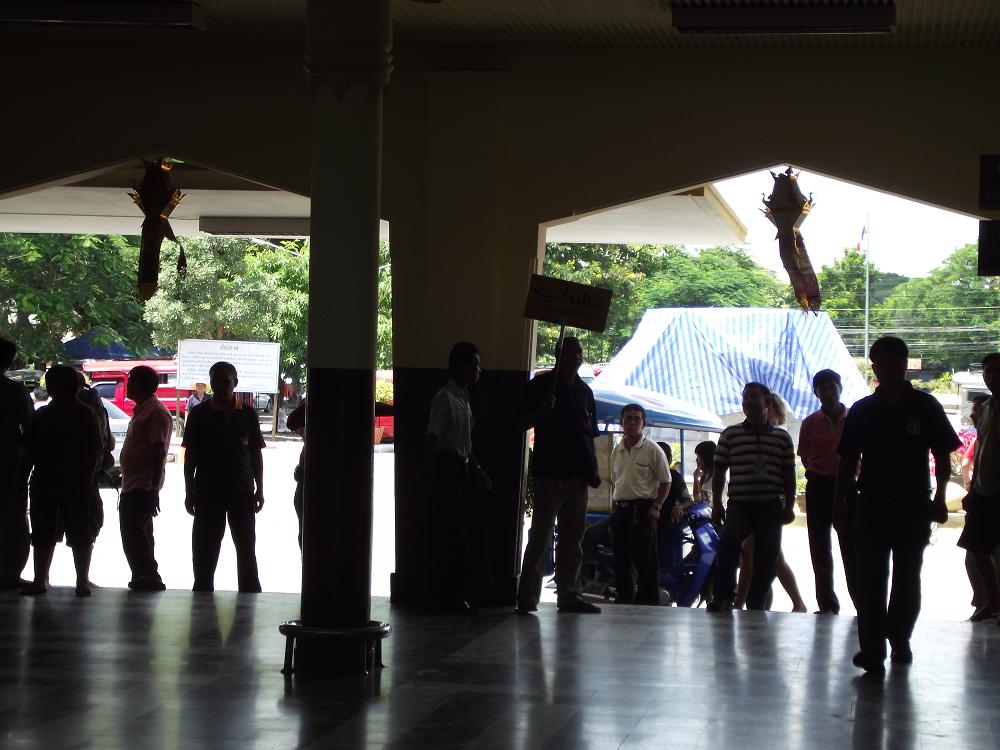 Oh ya, don’t worry about booking a hostel, when you get off, a mob will be waiting. If you go with them to the same area you would go anyways and book at one of the places, it is free. I have a triple room with fan for 200 baht a night, not bad. Also this way, the place makes money, you get a good deal and the tuk tuk driver makes coin. It truly is a win win win.