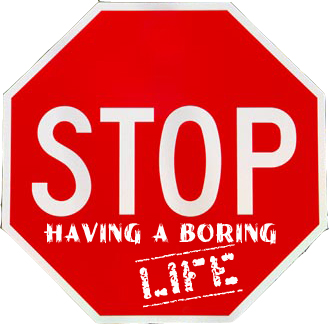 Today marks six years that I’ve been living internationally. I’d say it has been six years of traveling but that wouldn’t be the case, I haven’t been “on the road” for six years . I’ve actually just finished building my first home on a small Caribbean Island called Little Corn off the coast of Nicaragua. I just can’t believe it has been six years since I left Ottawa, six incredibly fast years that I’ve woken up and my day has predominantly been filled with whatever I so choose; six years of freedom.

With that choice comes great responsibility because it’s like building a house; everything that goes well you get credit for and everything that goes horribly wrong is your fault as well. It’s almost easier to simply be placed in a routine and talk about how much you love it or hate it without any real control but that’s for another time, perhaps another post.

In the last six years I’ve visited roughly 70 countries, met thousands of new friends and kept this humble blog running as a record of my life after leaving my job. It’s hard to believe I’ve been running this blog for six years and all the places it has taken me, six years is longer than I was in the work world and longer than I was in post secondary education; this is my life for better or worse.

This post could turn into a series of photos visiting famous landmarks but that would be boring for me to create and the internet is already littered with them. I’d rather paint a real picture of what it’s like being gone for six years. It has been six incredbile years for the most part but not without a cost… I rarely see my family whom I’m very close with and as the years pass, I realize certain adventures, scenes and most certainly landmarks will always be there but my parents won’t one day when I think to call.

That said, I still wouldn’t trade this life for the world and appreciate the fact that we live in an age with Skype and such. You see, I believe that following your dreams, whatever they are is the ultimate way to spend your life. At times it might be isolating, frustrating and even make you question your path but still completely worth it and what’s the alternative? When we’re at the end of our life, we’ll all have some regrets but I believe the biggest one is not doing what you were passionate about while you could…

At the moment my focus is on building two houses and I’m extremely interested in making videos so I haven’t been writing that much. I could make some excuses but it is what it is and frankly, it’s like I’m in school again. Right now, the building is taking up most of my time, cash and energy similar to getting a degree but once that degree is in my hand(keys), I’m going to put it to good use and start living at a whole new level.

I’m in Managua right now and the last few days I’ve been doing some shopping for the first house as well as buying steel for the second. Tomorrow, I’m off to Cancun, Mexico to attend a conference where I’ll be giving some speeches. I’m happy to be doing some pubic speaking again as it was a hobby growing up and excited to be able to speak about something I’m passionate about; seems like a great combo.

It’s the evening now and tomorrow starts the next leg of this journey; I just can’t believe that I left Ottawa with a backpack and six years later, hold keys to a house in the Caribbean with another one under construction. If you’re thinking of doing something like this, focus on making the first step happen but not too much on what you want your life to be like. The reality is, all of what you know exists is based on movies, blogs, books, television or what other people have told you and what’s out there might be crazier than anything you ever could have imagined.

What’s happend to me far exceeds any dream I ever had and excited for it to continue.

P.S: Stay tuned for lots more travels as well; I’ve got lots of life left in me and too young to just sit on a rocking chair staring at the sea thinking of the adventures I’ve had.