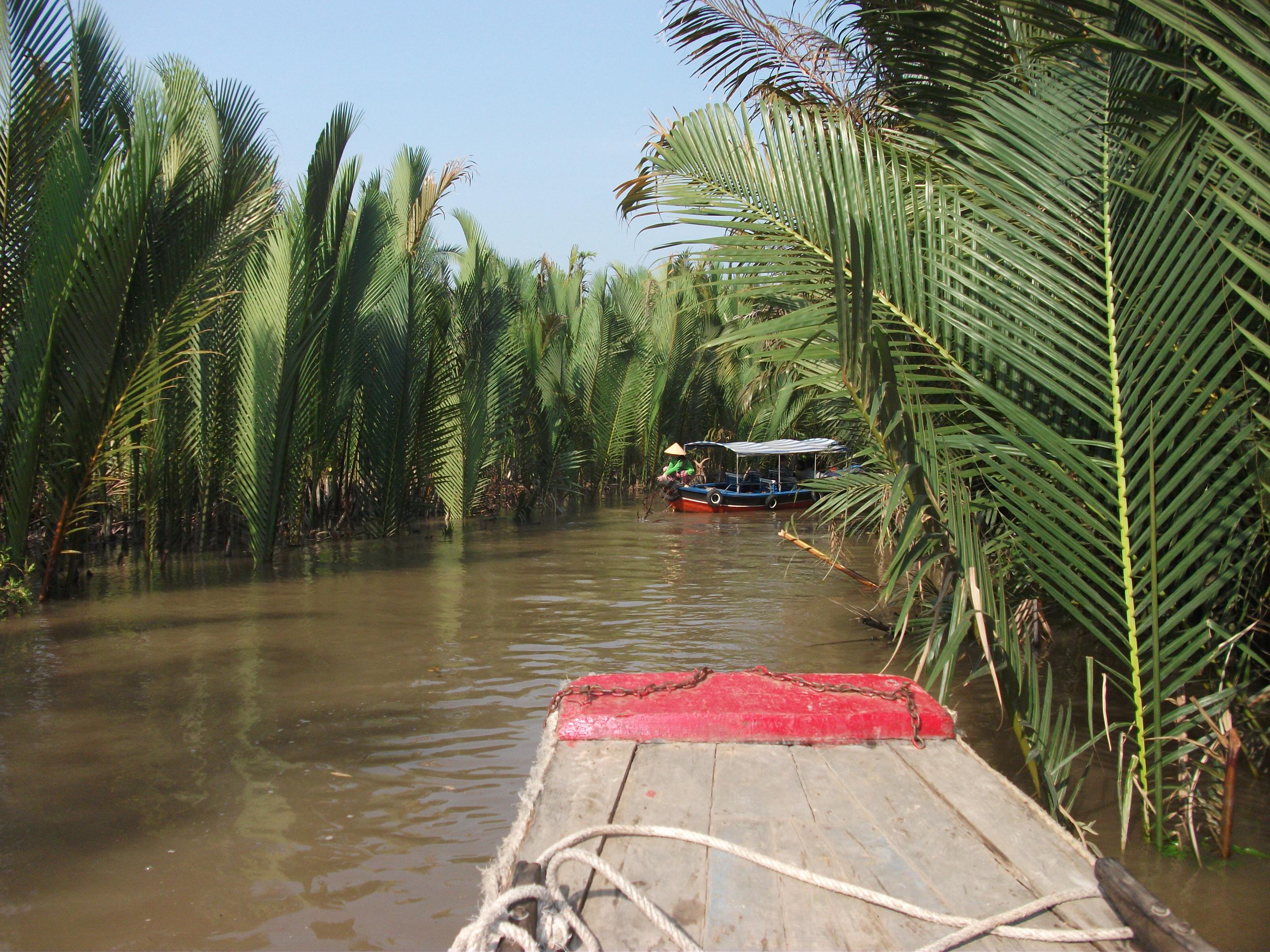 Not feeling bloggy, this will be brief but hopefully loaded with photos. I went on a private tour of the Mekong Delta and had an amazing time. Here is a brief outline of how it went down and whatnot. If you have not already read this, I suggest you read it first.

We got picked up near our hotel at 10am and made our way by moto to the Mekong Delta. Once arriving went on a boat ride through the tight lanes and visited many places from small villages to candy shops to places where they make all sorts of whiskey. Sample everything and move on. Best part of a private tour? You can leave whenever you’re ready. 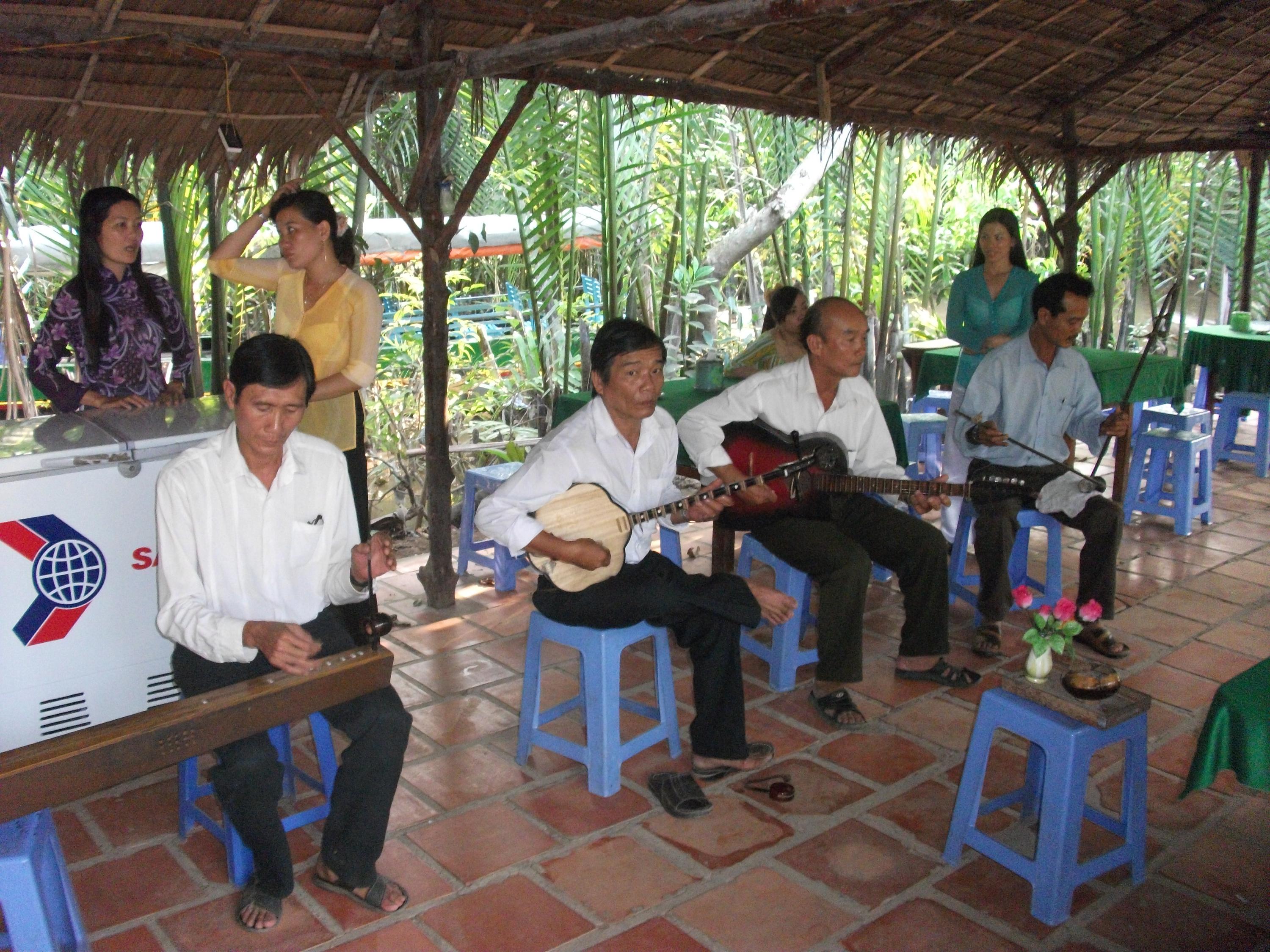 After that check out the small village, some fish farms and hang out at night to see the large volume of fireflies. For dinner we decided to eat King Cobra. They caught it in front of us, prepared it and then we eat it. It’s an honor to eat it’s heart while it’s still pumping and it’s liver as well. I eat both and felt like more of a man, or something like that. 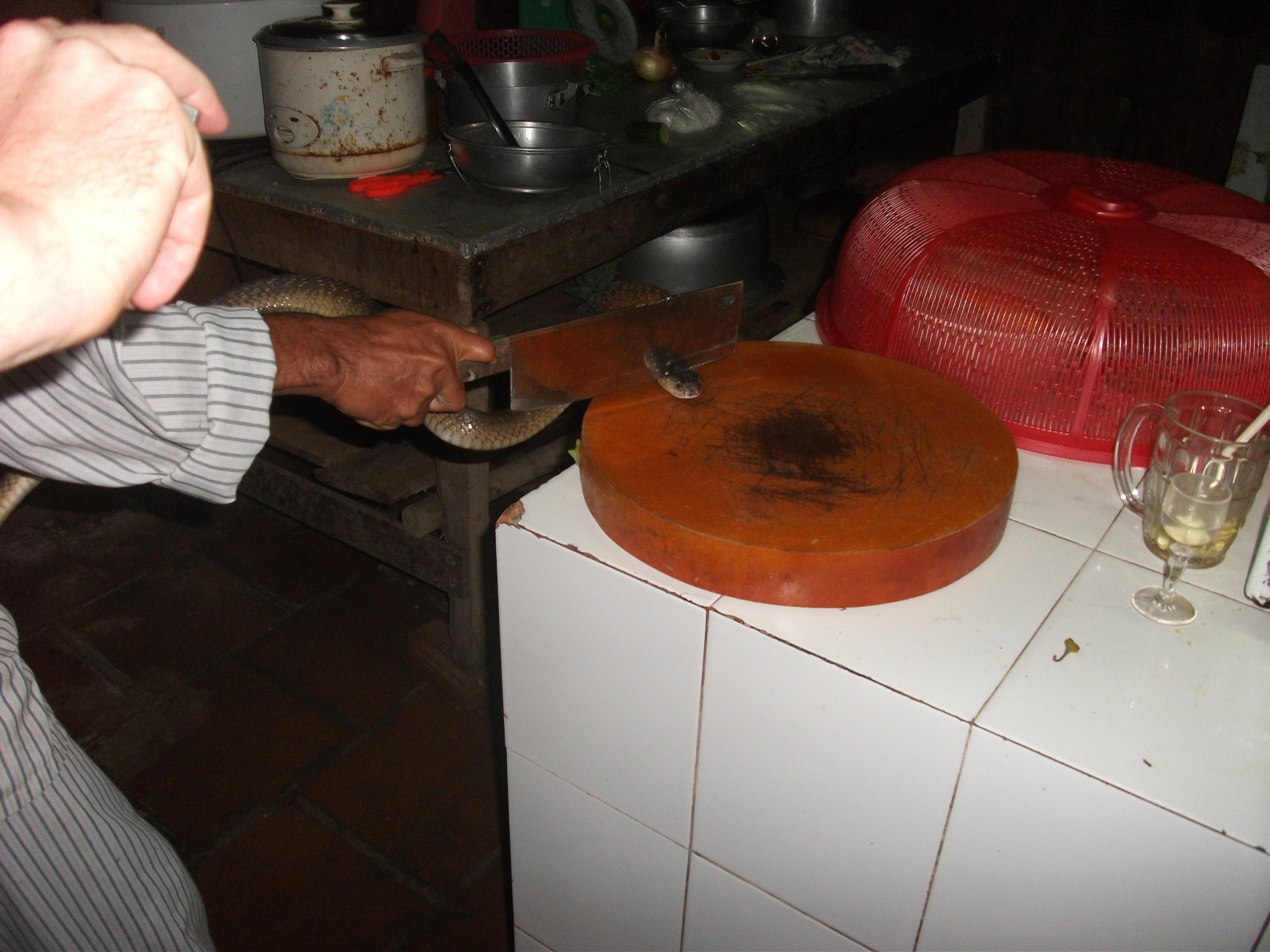 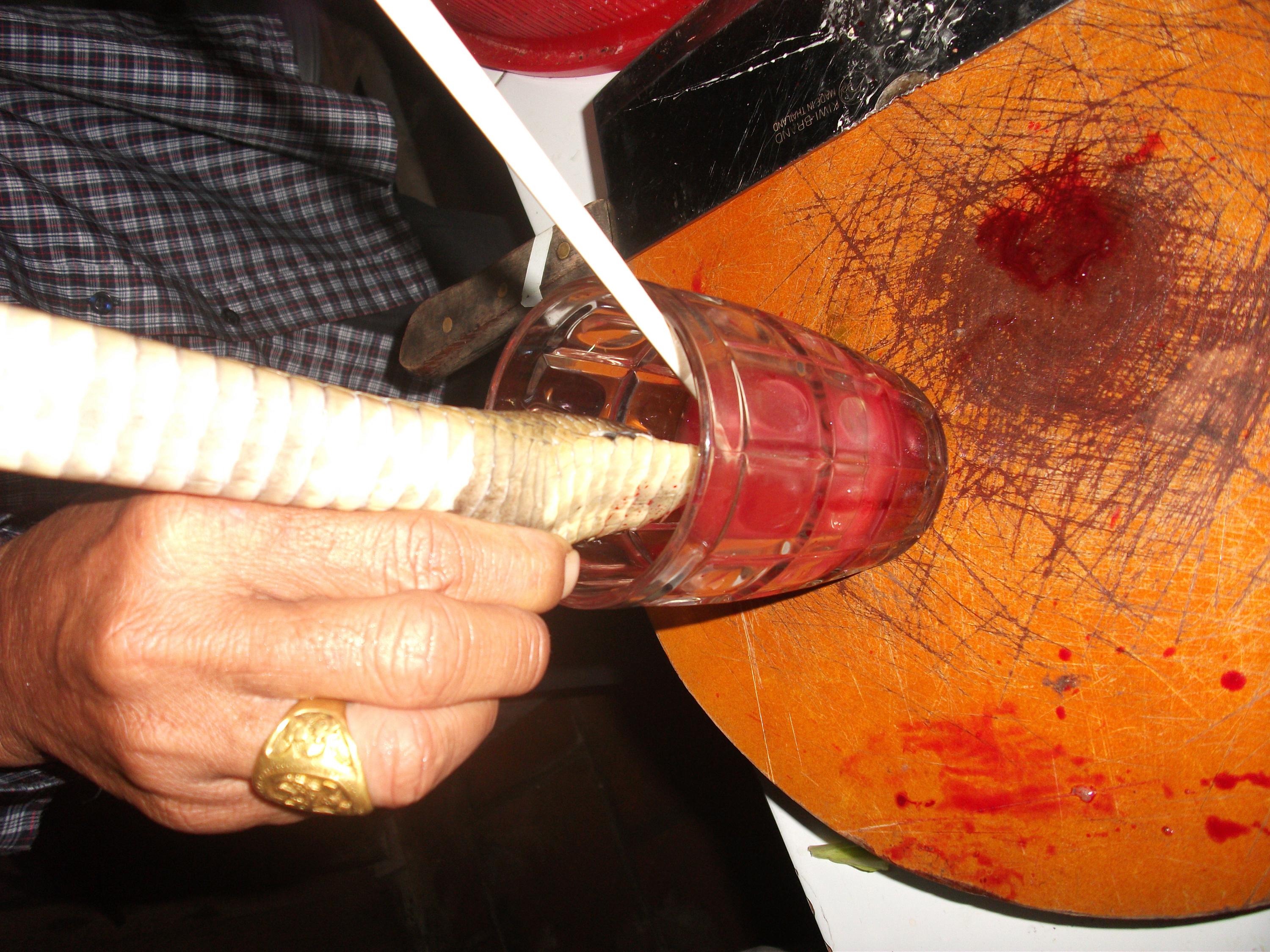 The snaked turned into an amazing curry and for dessert, we drank it’s blood. Supposedly it helps your eye sight, I think it worked. I have LOTS of video of this entire process which I will update, one day, when I’m bored. That said, more you travel harder it is but stay tuned. At one point, the cobra spat on one of my friends arms, he immediately rinsed. Supposedly it is “ok” but if you have a small opening or you start scratching later, not so good. 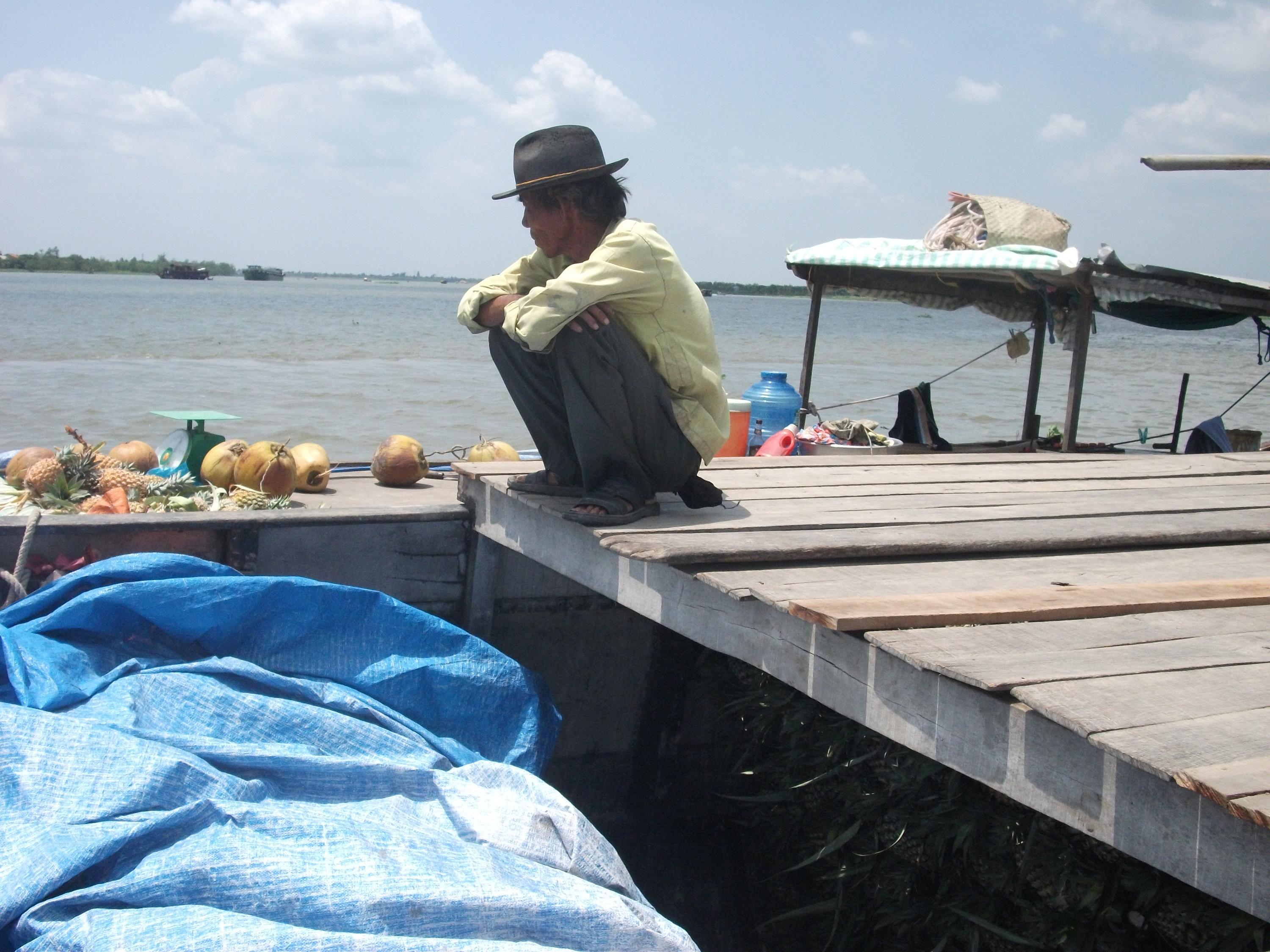 The next day we took off to the floating market, that was pretty cool but not what I expected, saw more people making candy and whatnot, eat some good food, drank some good coffee and just cruised. Spent a good portion of day just driving around in the boat going places. Lots of small lanes that are like side streets and people live right on the river. The market didn’t have “that much”, mainly just people selling ridiculous amounts of pineapple and other things of that nature. 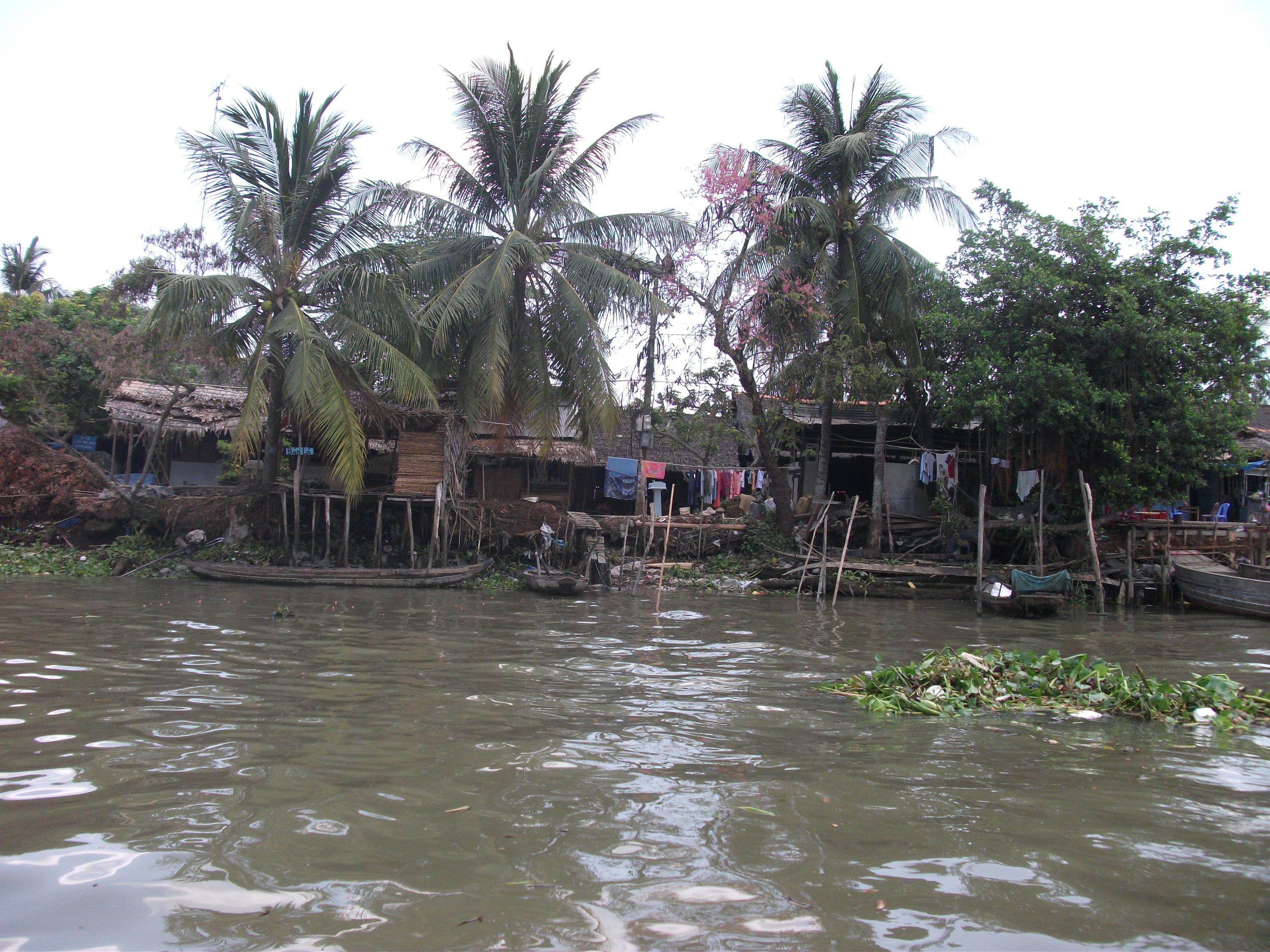 I should have added photos to last update, it was quite thorough, looking back. On the way home ~1 hour or so we stopped at a local market and bought some rats. The guide said he liked rat more than chicken so we thought “sure”. The process of them killing and preparing the rat on the side of the street is also on video and will be shared at another time. 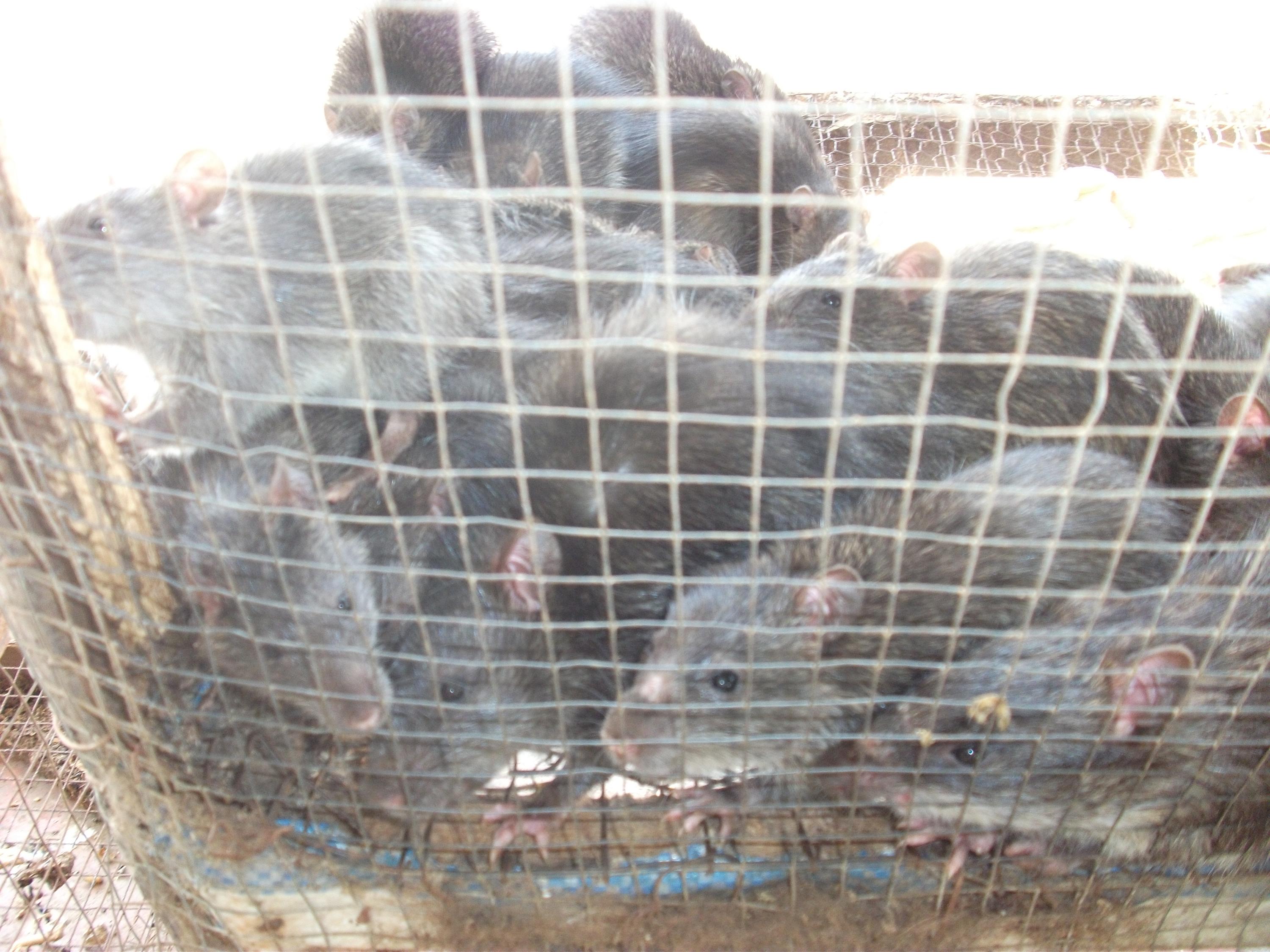 The rat tasted gamy to say the least, I won’t be eating rat again. One of the gents we were with quite liked it actually. I’d much rather eat cobra than rat any day. Then again cobras eat rats so that kinda makes sense. This market had everything and everything was alive. It’s insane how back home people are so removed from the process of killing something to eat it. We just buy these neatly packaged portions like you’re buying a back of chips, quite the opposite over here. 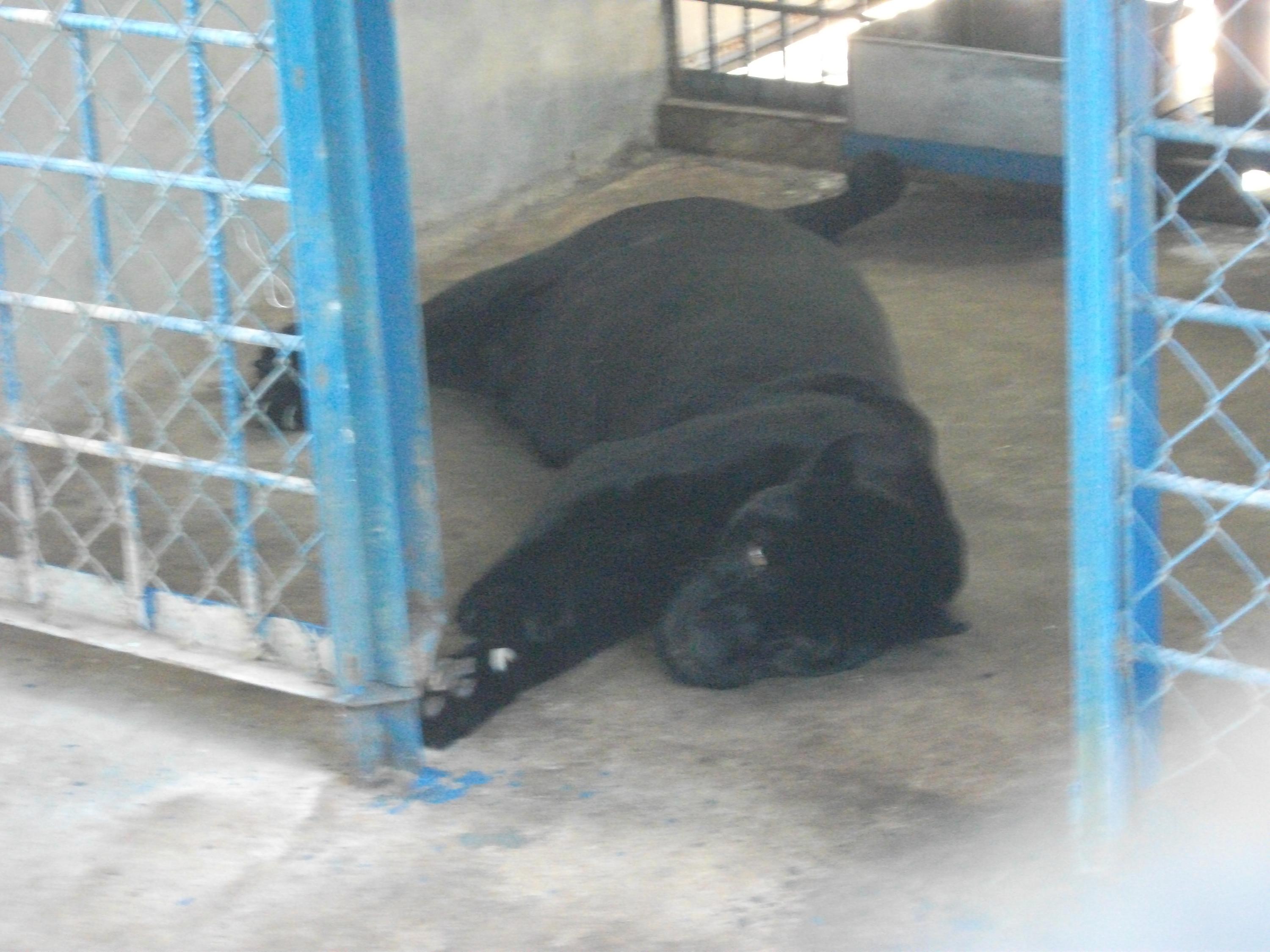 Final day, did a bit of fishing then we checked out the snake museum which also was an anti-venom hospital for locals, soldiers, etc… Actually it was more of a zoo than anything. It was a good time and then we made our way home before checking out the Chinese Pagoda, 250 years old.

On the way, we saw a guy with a basket on the back of his moto stuffed with dogs for the market. Saw the same with pigs the other day, these dogs look like they came from someones couch. It’s odd how we feel for dogs but have total disregard for whatever else shows up on our plate each day. 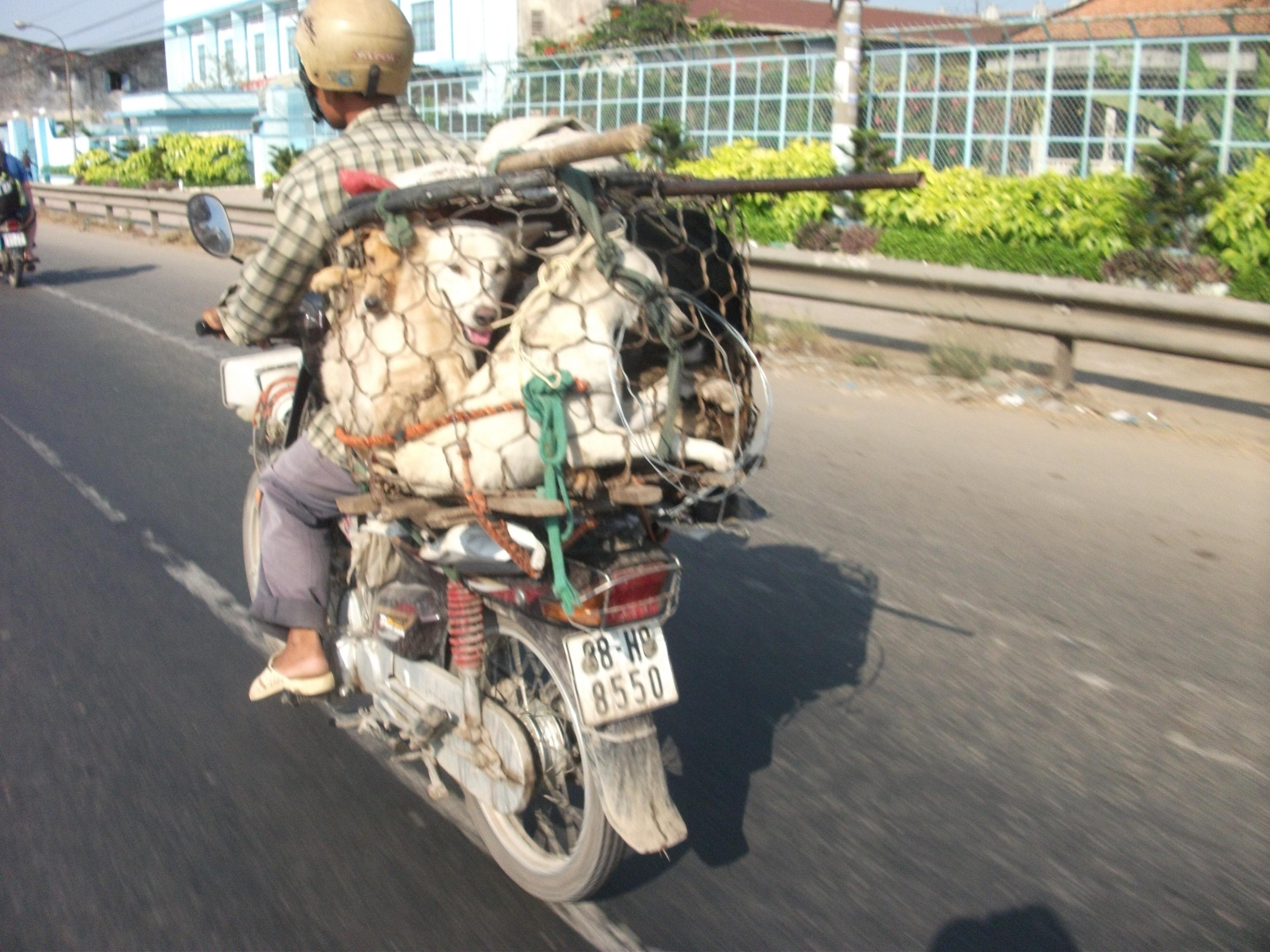 The trip was good, 3 days was plenty. Our guides where knowledgeable and quite nice. I never once got the vibe that anything sinister was going on. It’s good money for them and a great experience for us, it’s collaboration at it’s finest, ladies and gents. 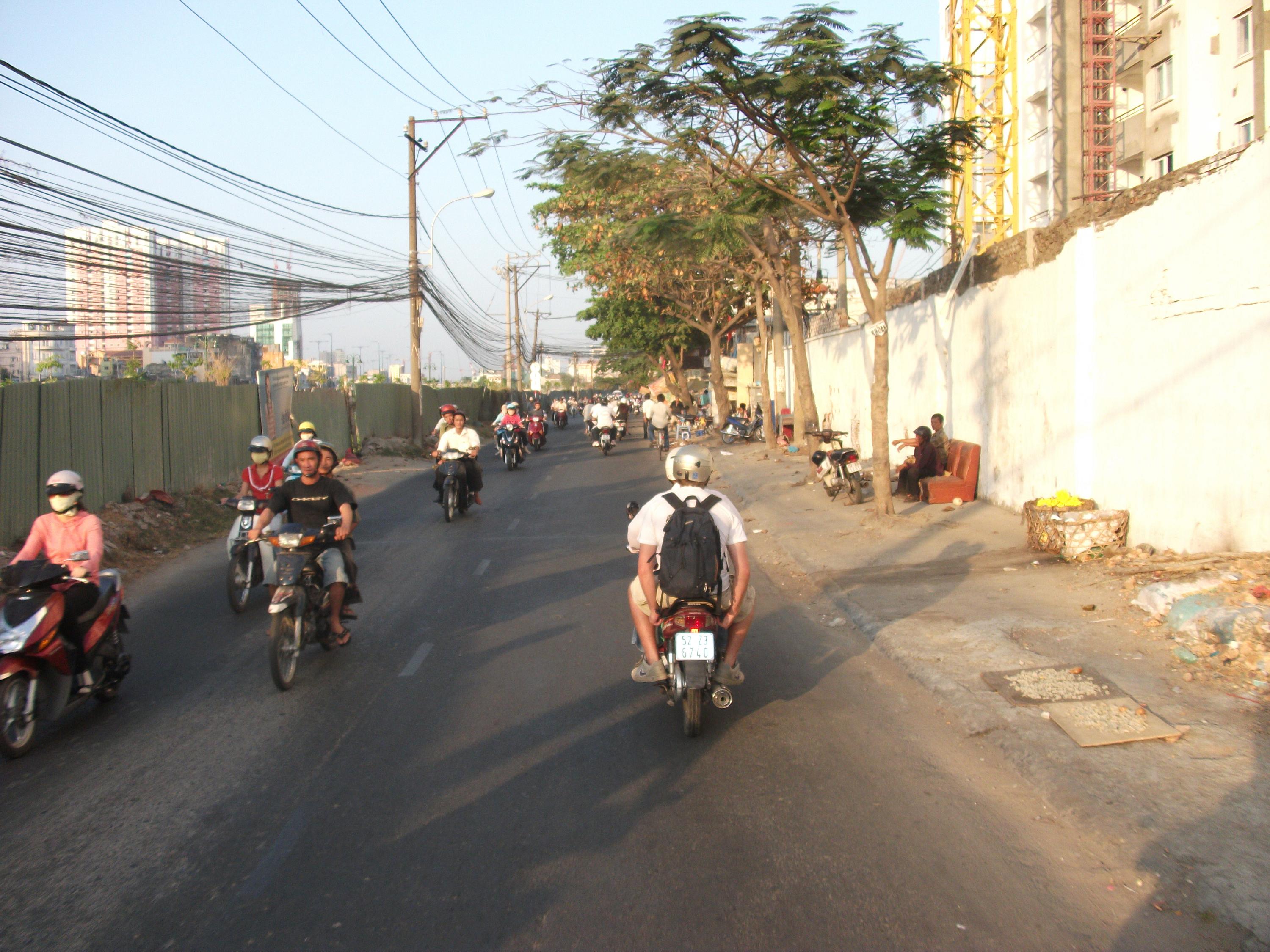 Since being in HCMC I’ve just been relaxing, except for the night I wrote the last update, making a move soon. I recommend visiting the Mekong Delta if you are in the neighborhood. Private guide was cool, we could do whatever we wanted out there, literally.

If you are a friend of mine and want our private guides number, just ask. I will make a video blog out of the eating rat and king cobra experience that will be shared at a later date, hopefully not too much later.