I’m writing this from my blogging lab in Ottawa, Canada aka my old stomping grounds and what has now become my hometown. I’m taking this rare time off traveling to think about the trips I’ve taken, the places I’ve stayed and some of the delicious dinners I’ve devoured. Having just finished an incredible stay it makes me wonder what’s an epic accommodation? Where’s that point where you cross from a slick pad to rest your tired traveling head to the world of epic? You know, the good stuff, the stuff that will race to the tip of your tongue whenever a relevant conversation comes up… 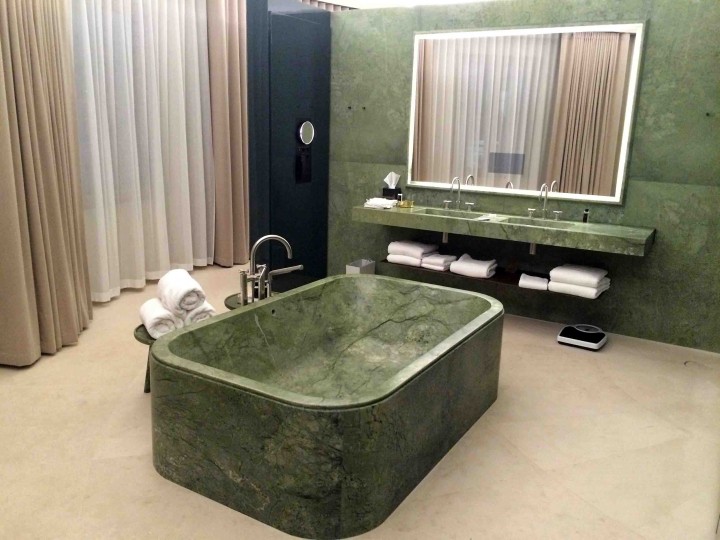 I think for an accommodation to be epic it has to be memorable above all else. Think about all the meals you’ve had, dates you’ve gone on, hotels you’ve stayed at and beaches you’ve swam at… Which ones really stand out? What makes them stand out? They need that “it” factor and that “it factor” is what makes them memorable.  At the end of the day there is lots of good, great and out of this world but it all fades away from memory eventually except for those rare few which can be best described as epic.

I ponder all this as I recently was asked to find some epic accommodation as part of a campaign with Booking.com and I believe I succeeded quite well; the video below is from the place I stayed at which is the Hotel Cafe Royal. If you’re interested in seeing some epic accommodations around the world I suggest you visit the Booking Truth.  Below I want to show you a few cool spots I’ve visited and highlight what makes them epic…

This is the spot I just came from and it’s an epic spot to stay without a doubt. In the heart of Piccadilly Circus and priced at a point that once you enter everything is cool. There are no pretentious staff or guests, just people who enjoy the finer things in life and and appreciate a great location.  This suite has a patio overlooking Piccadilly Circus; that my friends is EPIC. You’ll never forget the night you partied until dawn with friends while overlooking one of the most iconic spots in the world. Also, 99.999% of the population don’t even know it’s there and the 0.001% that do will never forget it.

This place was out of this world and situated in one of the most beautiful backdrops one could imagine. It’s epic because it’s a top shelf suite which is like an apartment on it’s own peninsula surrounded by the Indian Ocean. It has everything you’d need, impeccable service at your beck and call 24/7, a private infinity pool and the list just goes on. While there I was actually got lonely for a moment which was one the first times in all my travels. It was so cool that I was saddened that I couldn’t enjoy a drink with someone and share the moment. That my friends, was an epic pad and I’m sure anyone who has stayed there would agree.

Presidential Suite at The Stones Bali

I stayed at The Stones in Legian, Bali for ~ two weeks in 2013 for a fashion festival and had an insanely good time. We took helicopter rides to places for lunch, I went to Rock Bar at Ayana Resort and Spa for sunset and a host of other things. This Presidential Suite is epic because it’s a few floors, has it’s own helicopter pad, insane sunsets, massive stuffed animals AND it’s steps from the madness of Bali’s nightlife or the beach. So let’s be serious, yes? If you stayed there and had a ridiculous weekend in Bali; you’d never forget it, I assure you. Mix that along with everything else I just mentioned and you’ve got yourself an epic stay.

So this should give you an idea of what makes an epic accommodation in my mind. Also in the mix is the time I spent 6 weeks in a treefort near Pangani, Tanzania on the coast across from Zanzibar. A friend was building a wellness retreat and I was supposed to come down for a weekend with him but I loved it and the staff working there so I said “leave me”. My sleeping arrangement was basically a treefort with an old safari hot air balloon as a roof… It wasn’t luxurious but it was so unique and such a special experience that it’s something I’ll never forget and although very different than the other spots I’ve mentioned above; just as memorable aka epic.

Huge thanks to Booking.com for hosting this campaign and iambassador for managing it. That said, rest assured all opinions are mine as they always have been and always will be. The goal of the campaign was for me to find the most epic accommodation possible in which to experience London and I believe I succeeded with my stay at Hotel Cafe Royal.