My trip to Jerpoint Park was one of the more memorable days on my trip to Ireland. The weather was perfect and I’ve always been a big fan of ruins to begin with so it was a match made in heaven. We really got to stretch our legs and get lost in the legendary Irish countryside while visiting an abandoned town that is now in ruins only able to imagine what it was once like in yesteryear.

These days, it’s incredibly calm and kept company by the countless sheep which graze in the pastures surrounding it. There is something special about strolling in the silent places which hold lots of history and something extra special about doing it somewhere which was lost for so much of its lifetime. The abandoned and until recently lost town of Newton Jerpoint is certainly one of such locations. 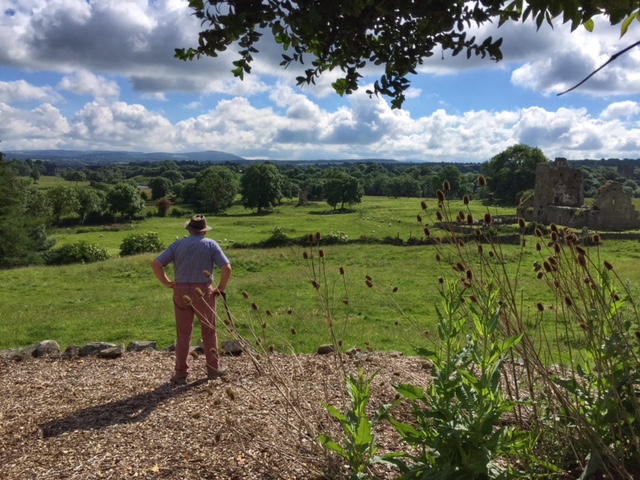 Jerpoint Park, found around three kilometres south of Thomastown, is where the remains of a lost town that was once known as Newtown Jerpoint can be found.

In 2007, this site was proclaimed by The Heritage Council of Ireland to be one of the best surviving examples of a medieval-era town left in the country. 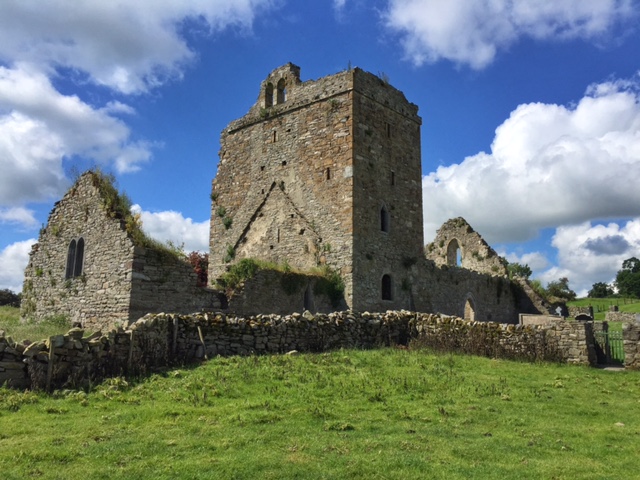 Founded in the 12th century by Griffin Fitzwilliam or Earl Marshall, Newtown Jerpoint declined and was eventually abandoned in the 17th century.

Though the exact reasons for its downfall are unclear, it is thought by historians that the loss of its bridge and the re-routing of a road caused a dramatic decline in business.

During its best days, Newtown Jerpoint was home to 27 houses, a wool mill, a tannery, and as many as 14 taverns.

With the lack of demolition and rebuilding that had occurred throughout most of Ireland from the Renaissance-era onward, Jerpoint Park has become a favoured place for researchers to study the form of settlements here during the medieval period. 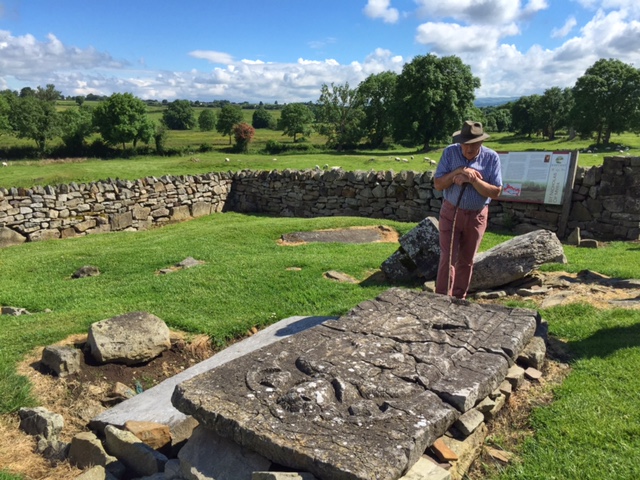 The ruins of Newtown Perpoint contains a parish church that dates back to the 13th century. On its grounds, there is a tomb that is rumored to contain the remains of Saint Nicholas.

While he passed away in the 2th century, local legend has it that his remains were taken from the European continent during one of the Crusades that occurred during medieval times.

Reputed to have been brought back to Ireland by Norman Knights, he was then buried in a crypt in the churchyard in Newtown Jerpoint. 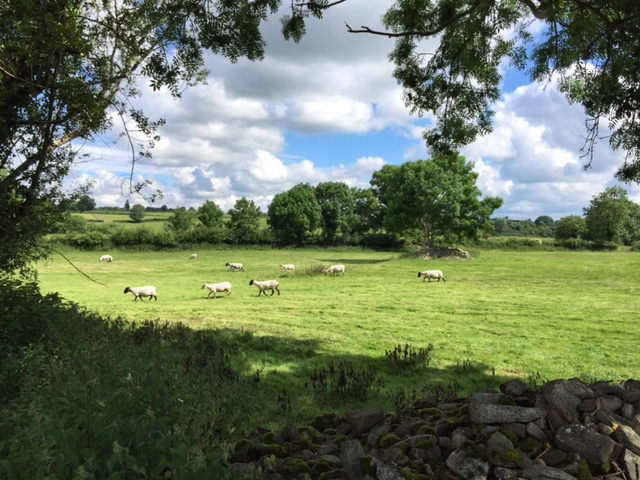 Jerpoint Park is open for guided tours from April to October, though those that visit as part of a coach tour are able to tour the site year-round.

Another benefit to visiting as part of a coach tour is the fact that a tea room with freshly made scones and tea are available to them. We did this and it was a splendid way to end the tour, we got to go inside the old farm house residing next to the ruins which was built with many of the stones from the now abandoned town itself. Also, the scones were delicious and it’s the perfect time to ask your guide any last minute questions which you may have not thought of while immersed in the tour. 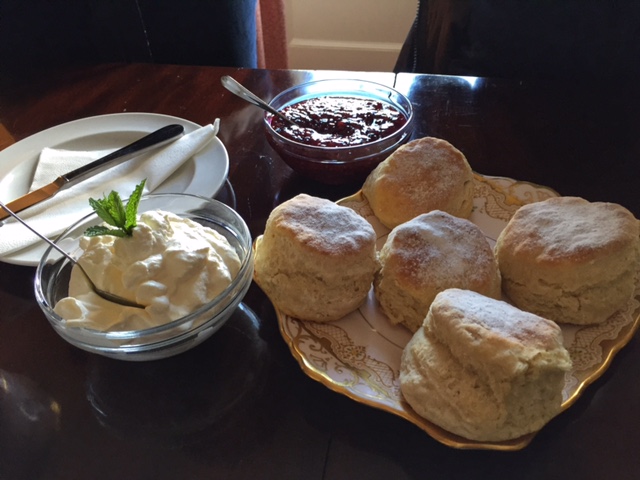 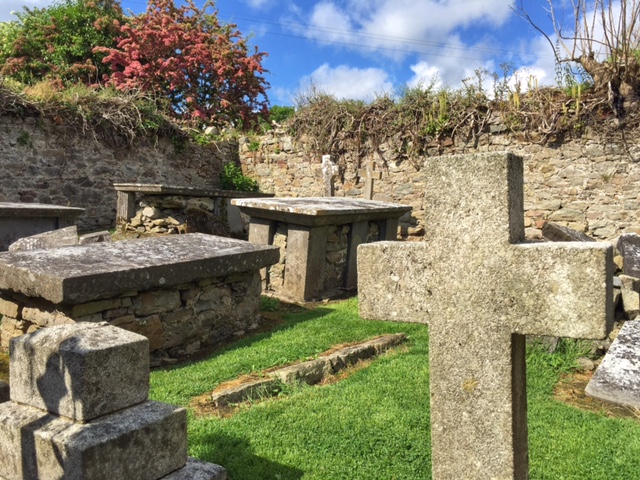 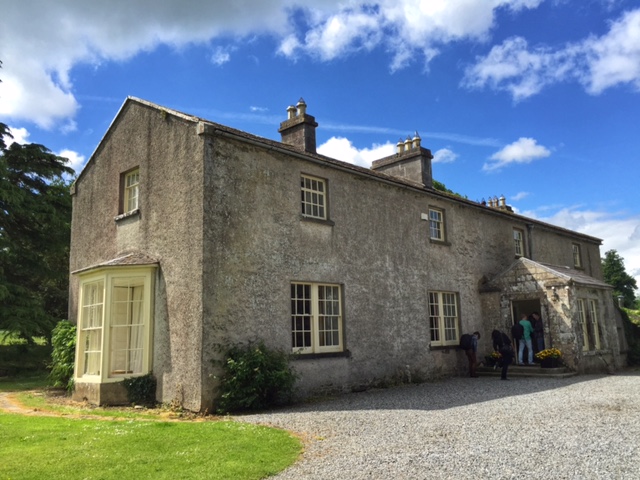 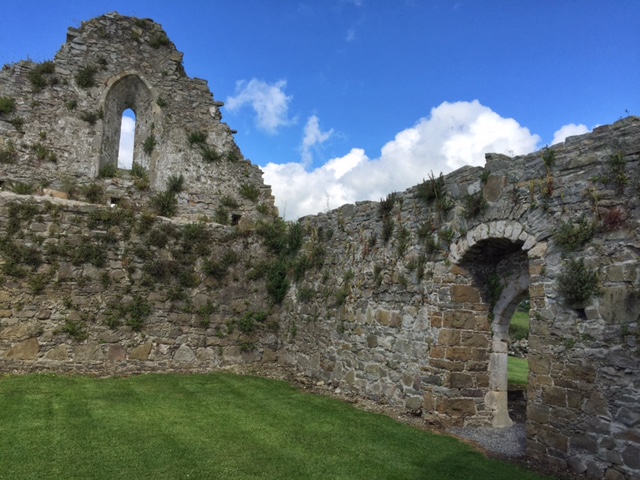 Tours last one hour, and are not open to dogs due to the presence of a working farm within the town site. On the farm, visitors will have an opportunity to watch sheep dogs. A demonstration shows visitors how they work with the farmers to herd sheep on Jerpoint’s farm.

If you are into fishing, the River Nore, which has a two-kilometer stretch that passes through Jerpoint Park, contains an abundance of salmon and brown trout that can be caught in-season. Those interested can rent rods and bait from providers within the park.