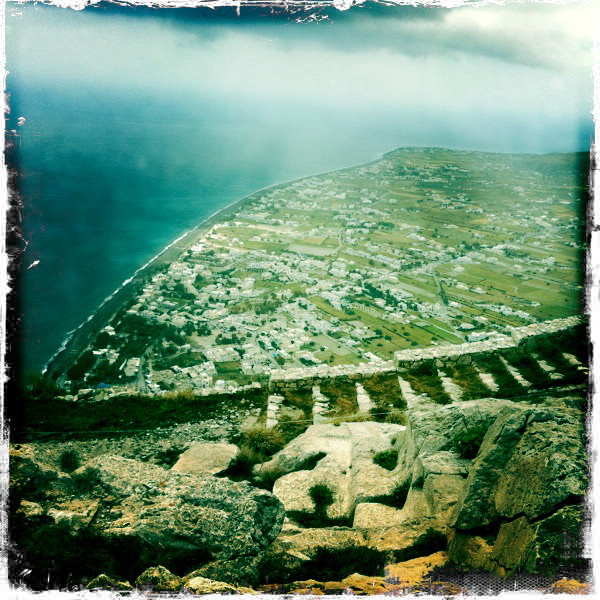 Yesterday, decided to go for a walk. That walk led to wondering what this church like looking thing was doing on the side of a mountain. Upon arriving there, it was dead, no one there. Turns out to be a church and I met this Australian lady who said she was hiking to the Ancient City of Thira, I joined her. 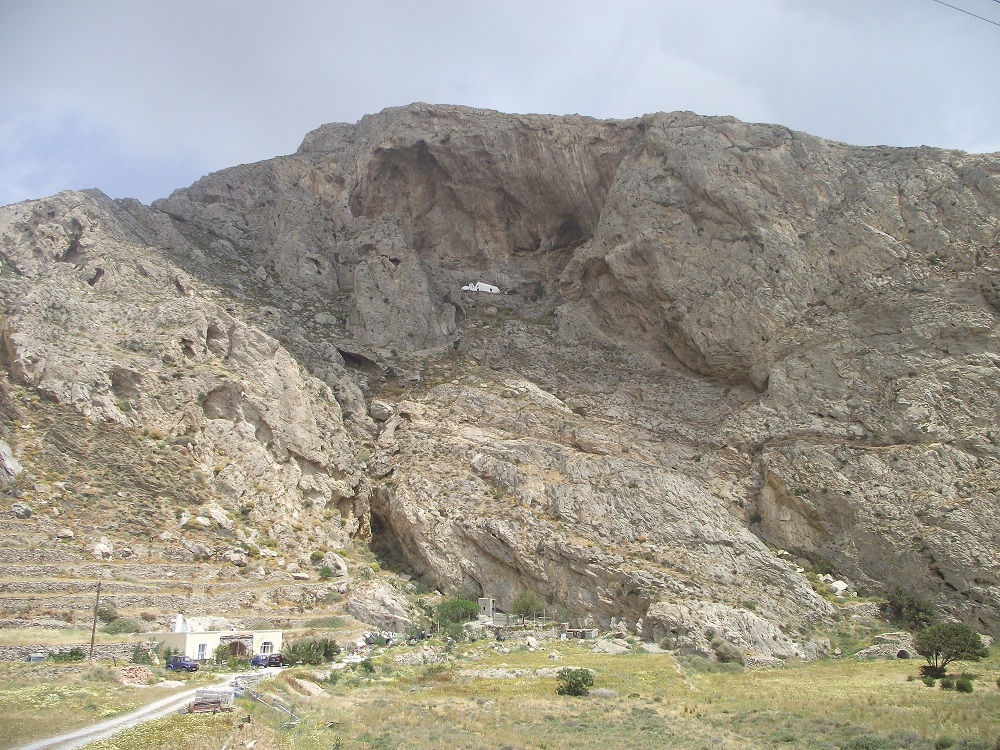 I realize the caps were on. 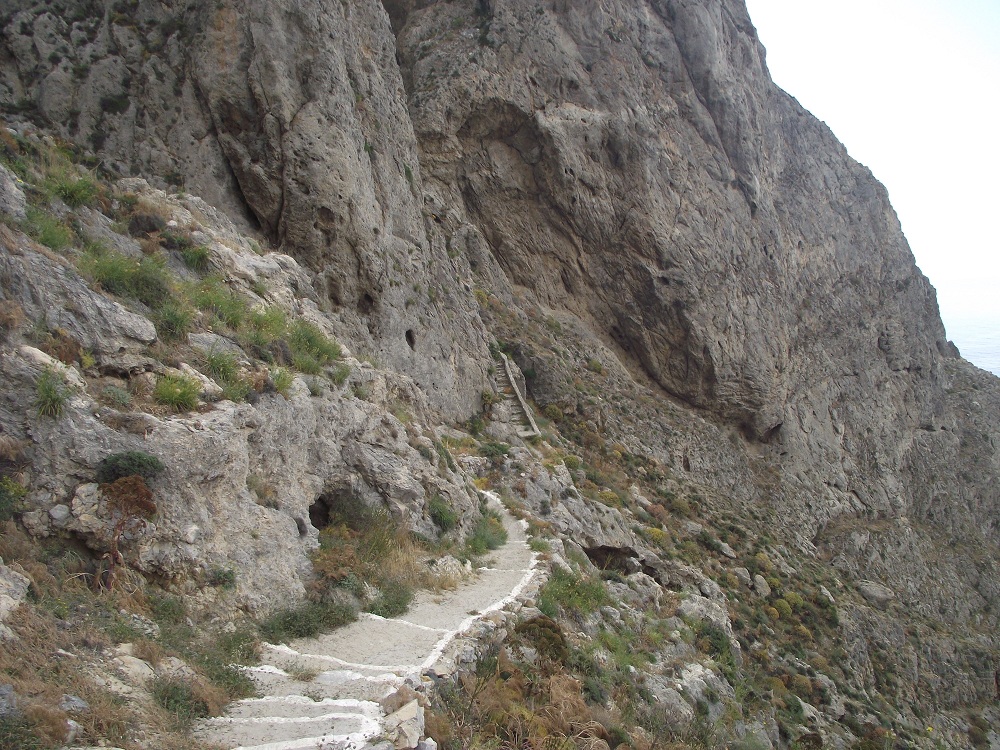 If you’re on Perissa beach, you just walk towards the church in the middle of the hill and then there is a foot path. It will take you roughly 30 minutes to get to the church and another hour or so to make it to the summit. Upon arriving, you can pay 2E to enter the ancient city. It’s basically just ruins but must have been magnificent in it’s time. The view from there is amazing. If you’re looking for something to do, recommend the hike. If you’re smart, you’ll pack a lunch and eat it half way up, it’s quite a trek. Some say it’s 45 min, some say it’s 2 hours…. 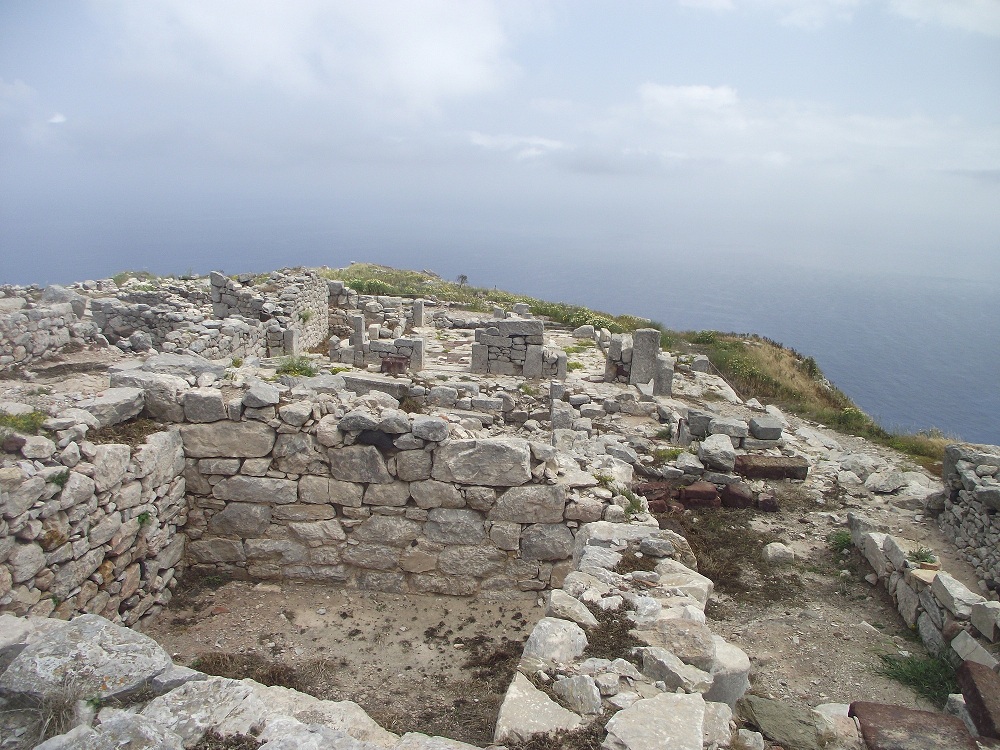 What’s cool is that the church aka that building in the middle of nowhere on the side of the mountain was built by a local guy who had a “vision”. It was built in 1989 and no one ever goes there for service, however… On the gent’s birthday in late August, they bring up lots of food and wine with donkey’s and everyone is welcome to celebrate. A local guy said you go up, eat and drink a lot of wine, pass out around the church and leave the next day, ha. 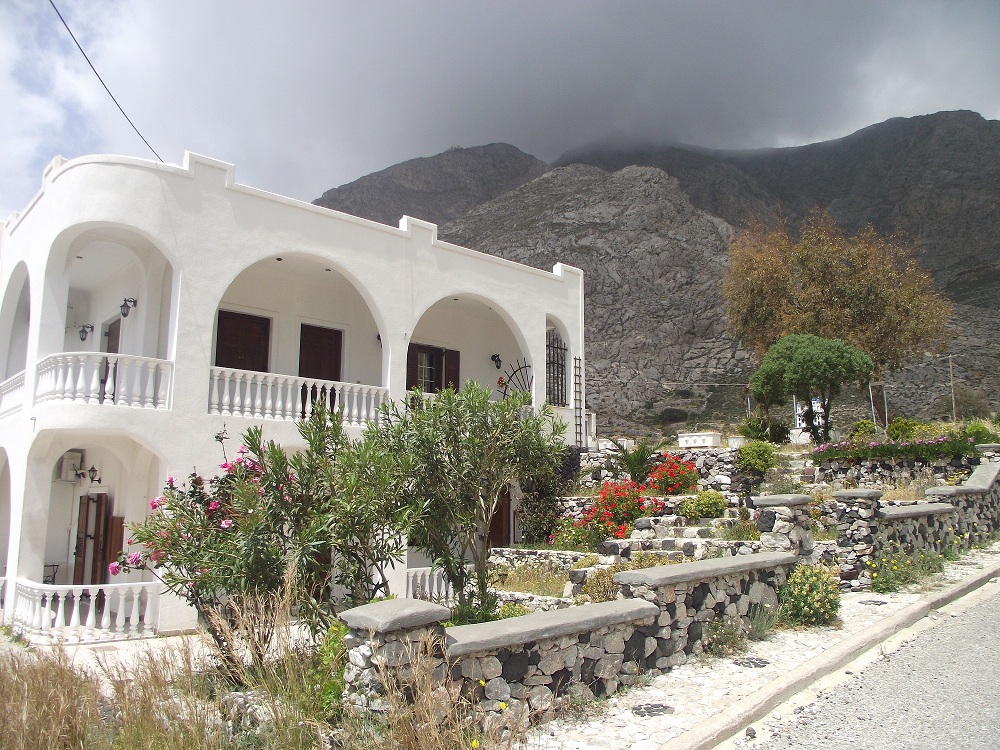 Afterwards, I came home and bought some stocks. I went for dinner and a pint, returned and I had lost the hand and forearm I used to click the mouse. As a result, went back and had a few more. Could have just rented out an entire villa complex for a month and had them re-route my plumbing so liquid silver came out the taps which I’d then use for everything from showering to brushing my teeth, giving away free car washes and spraying stray dogs as though it were Songkran. 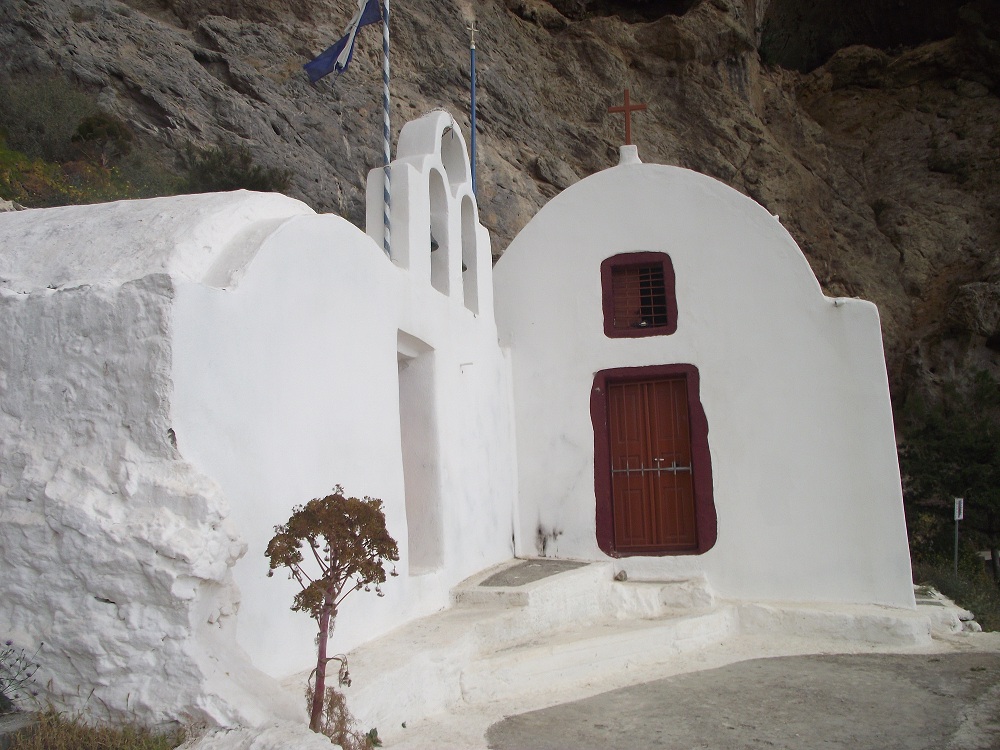 I kid, I jest and obviously exaggerate.

The city is filling but it’s still painfully freezing at night. If you have a jacket, you are wearing it. I won’t buy one as I refuse to acknowledge that I’m paying to be somewhere cold, it’s a disconnect inside my brain. If you’re coming to Europe, come in June – August, that’s about the only time of year it’s a good time with good weather. 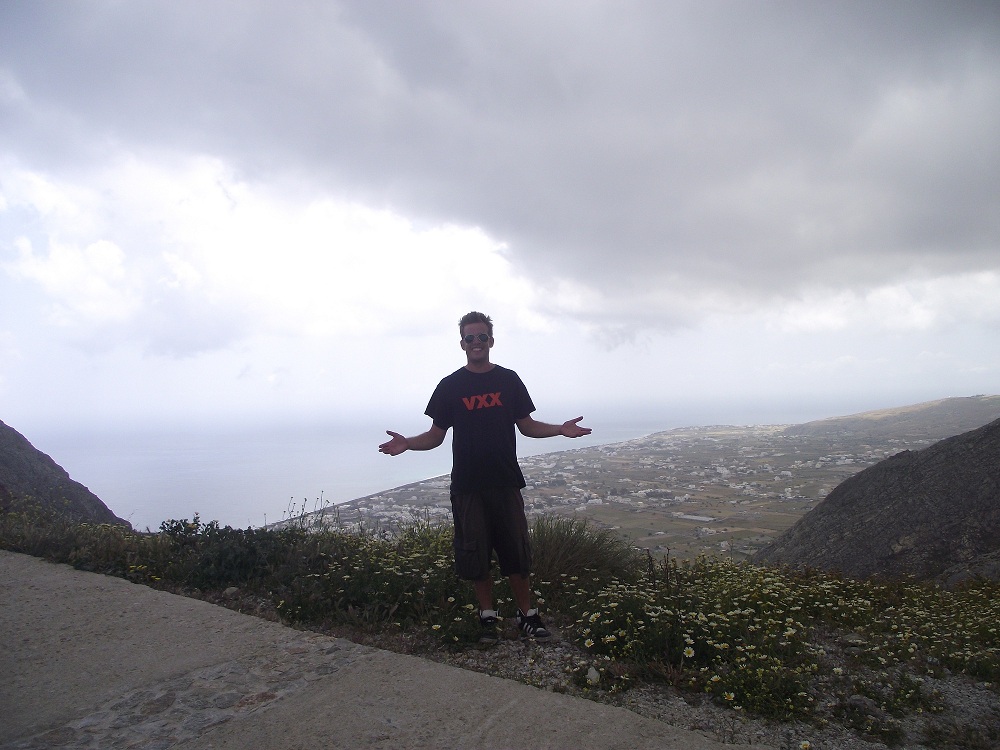 All this being said, the town itself has a very fun vibe to it. I can only imagine it in the “prime high season”. Franky, I’m a bit choked that I got here too early as I’d love to experience this place in full swing, so to speak. Speaking with bar owners, the town is a GHOST TOWN during the winter, and comes alive for 3-4 months, then goes back to sleep. Most of them leave for the winter and only return for the high season. I could see myself doing something like that in the future, why not!? 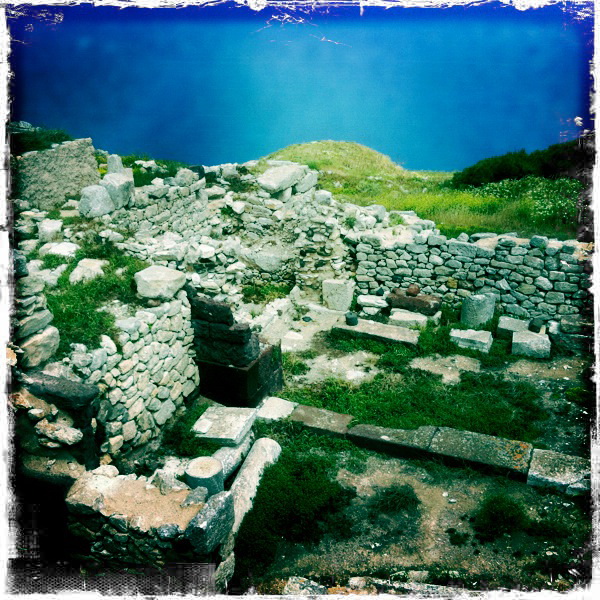 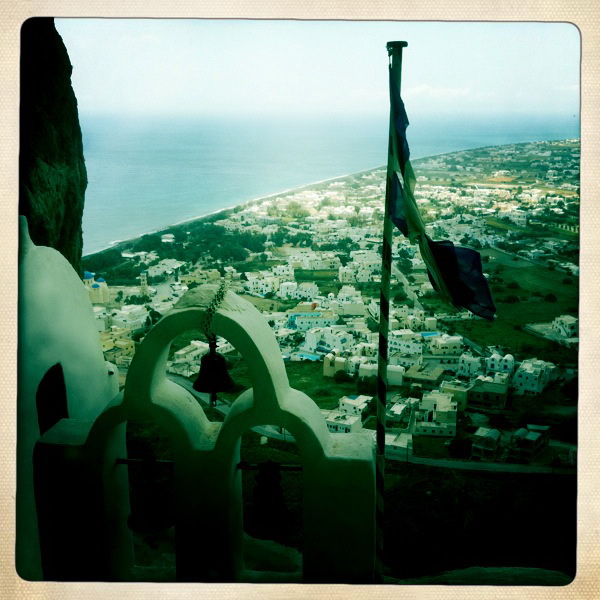 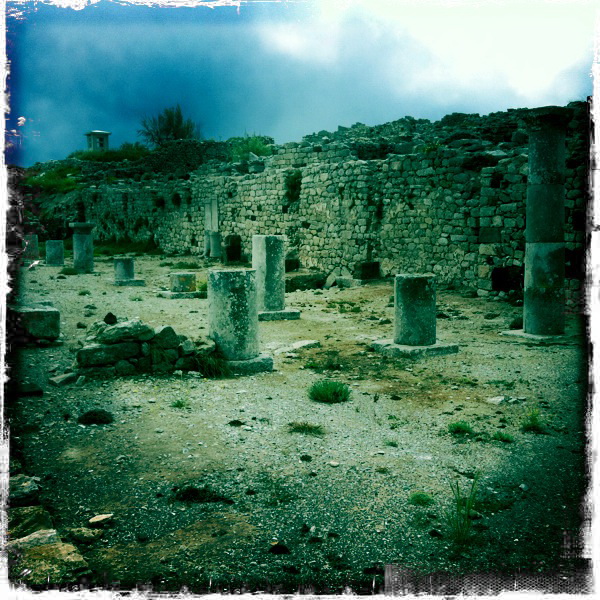 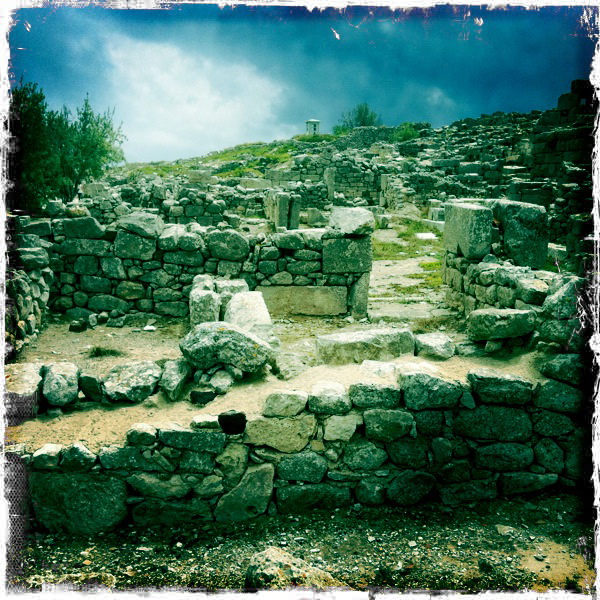 After Crete, I’m making my way to Rome, change of plans.

P.S: Glad the “Rome” plan has come to fruition, if not I’d gladly say here for the entire summer. I may be complaining about the cold but I spent the winter in Africa and Asia where 33 days and 27 degree nights are the norm. I’ve become “adjusted”.

P.P.S: What sucks is that it was a cloudy day, a bunch of ladies from the place I’m staying at went up today and sure the views were much better.