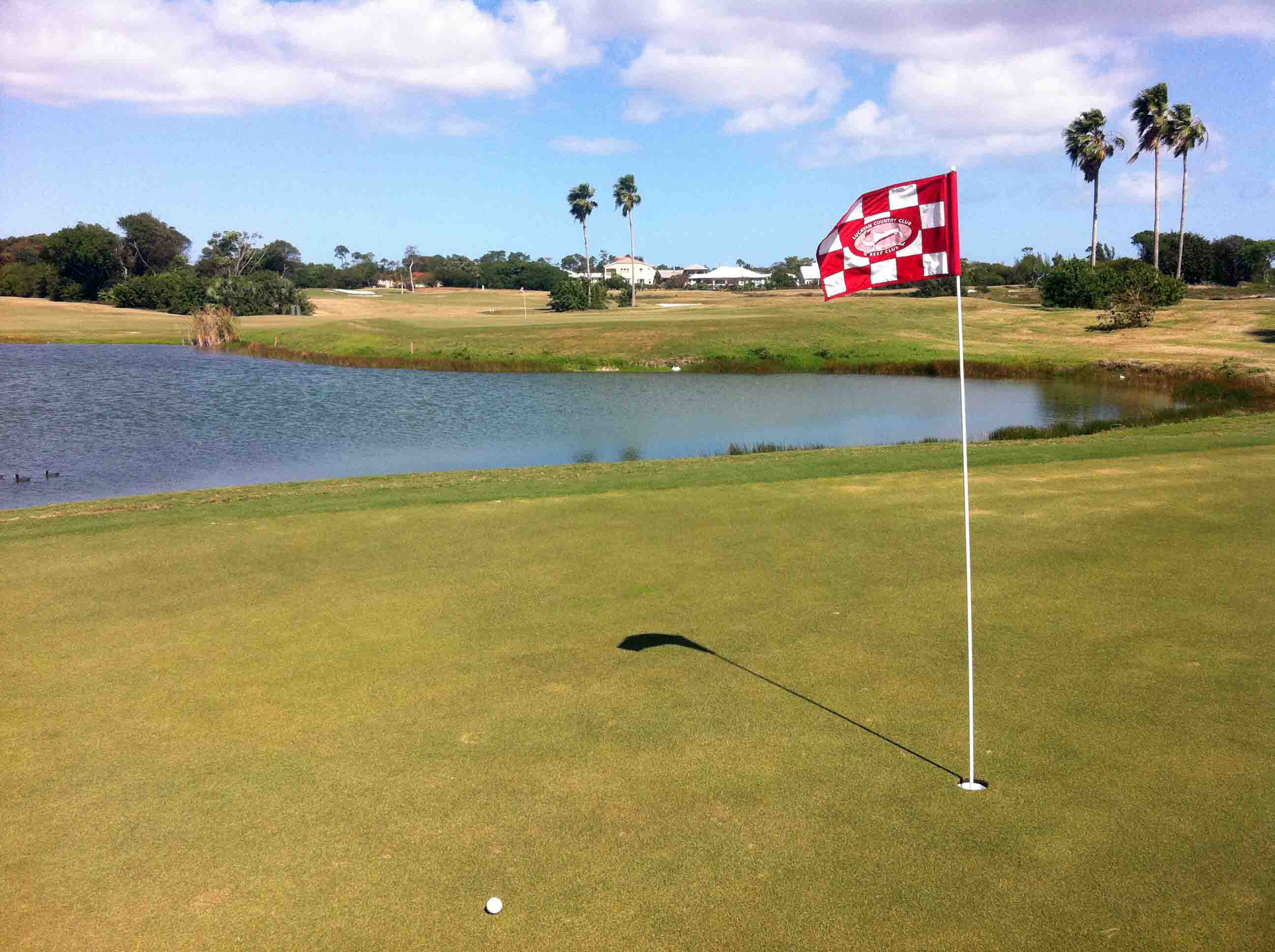 While on my recent trip to Freeport, Bahamas was lucky enough to play The Reef Golf Course. The entire trip happened last minute and didn’t know what to expect, definitely didn’t expect to end up playing a well designed and maintained golf course such as this one.  The Reef Course is part of the Grand Lucayan Bahamas which is a first class resort on the island of Grand Bahama, Bahamas. 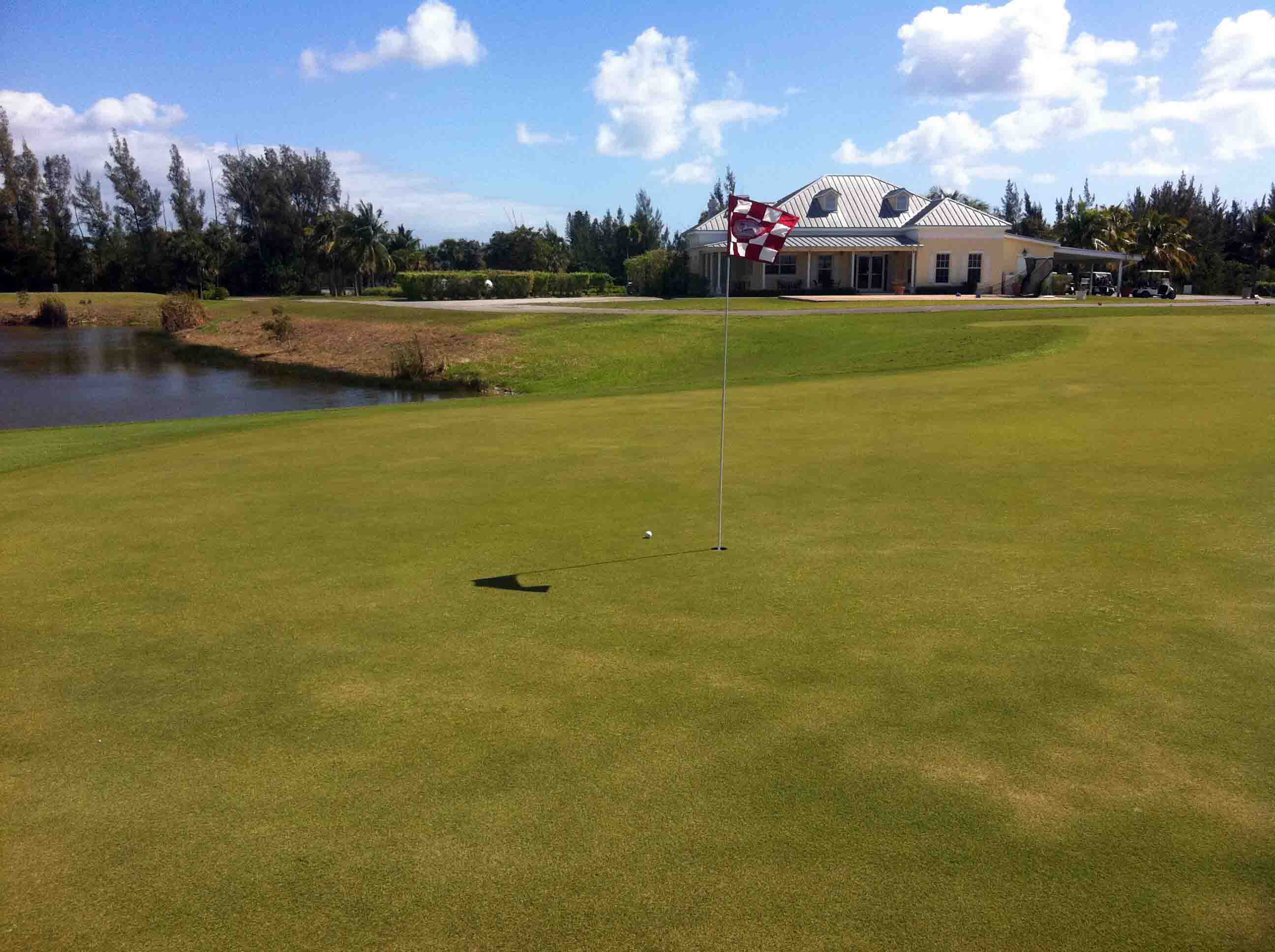 The Reef Course was built by none other than Robert Trent Jones Jr. (aka total legend) and Dick Wilson and redefines my idea of “firm but fair”. If you played your cards right, you were swinging your putter around like a conductor would a baton on long walks, if you made a few mishits you’d be cursing the gods above and writing egregiously high numbers on your score card… If you do play it, recommend you swing slow and easy, it’s a shot makers course without a doubt. 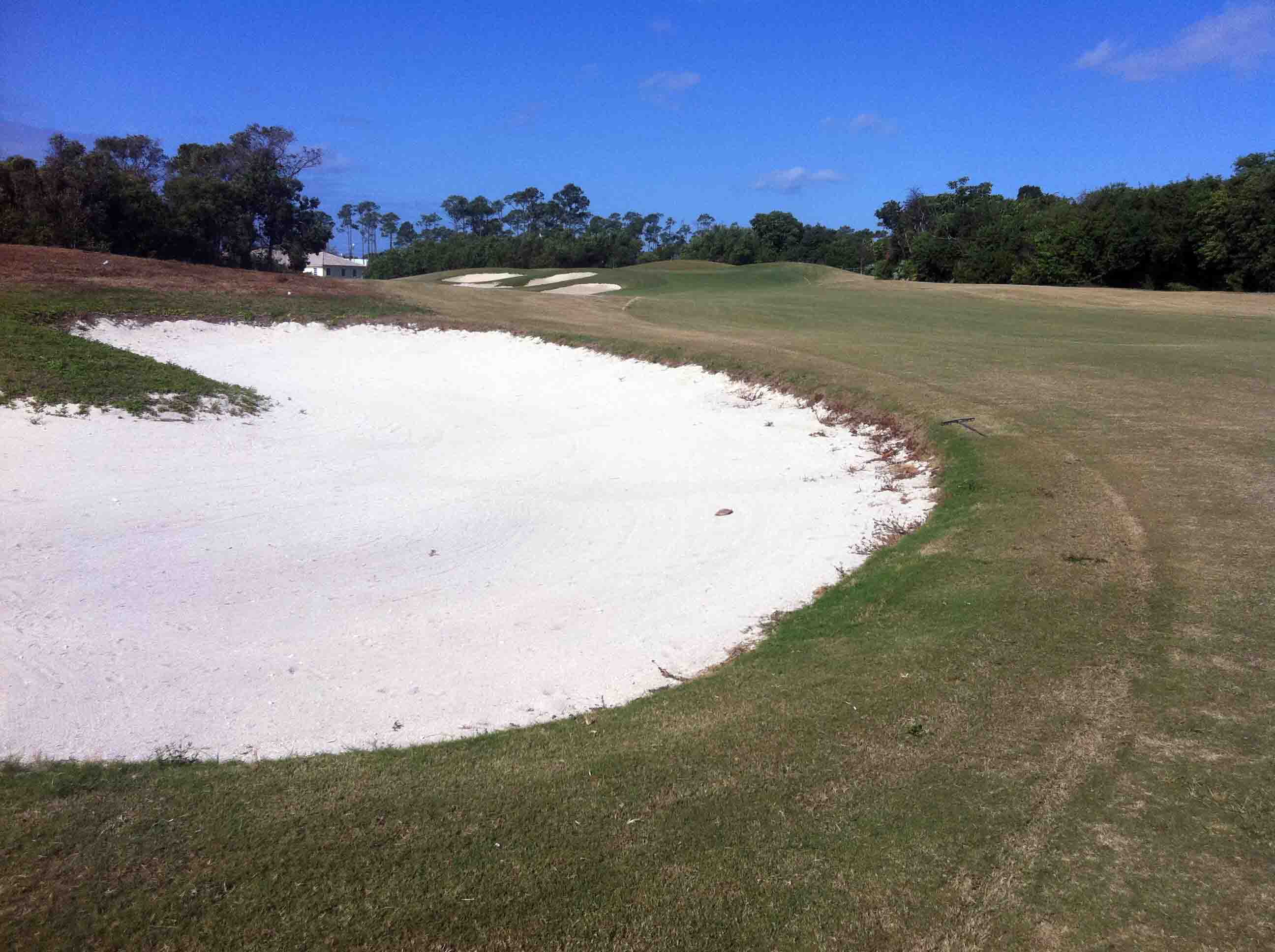 Myself and a friend went and played 9 holes one day, returned and played another 9 the next. This was not by design but by necessity. The weather down there is usually first class but on this day it wasn’t so we did the only reasonable thing to do which is go somewhere to eat a sandwich and come back when the weather changes. When we returned the next day, it was a Monday morning and had the entire place to ourselves. With the sun shining and the greens freshly cut, it was one of those feelings where at 10am you are walking to your ball with a beer thinking you must have done something right in a former life. 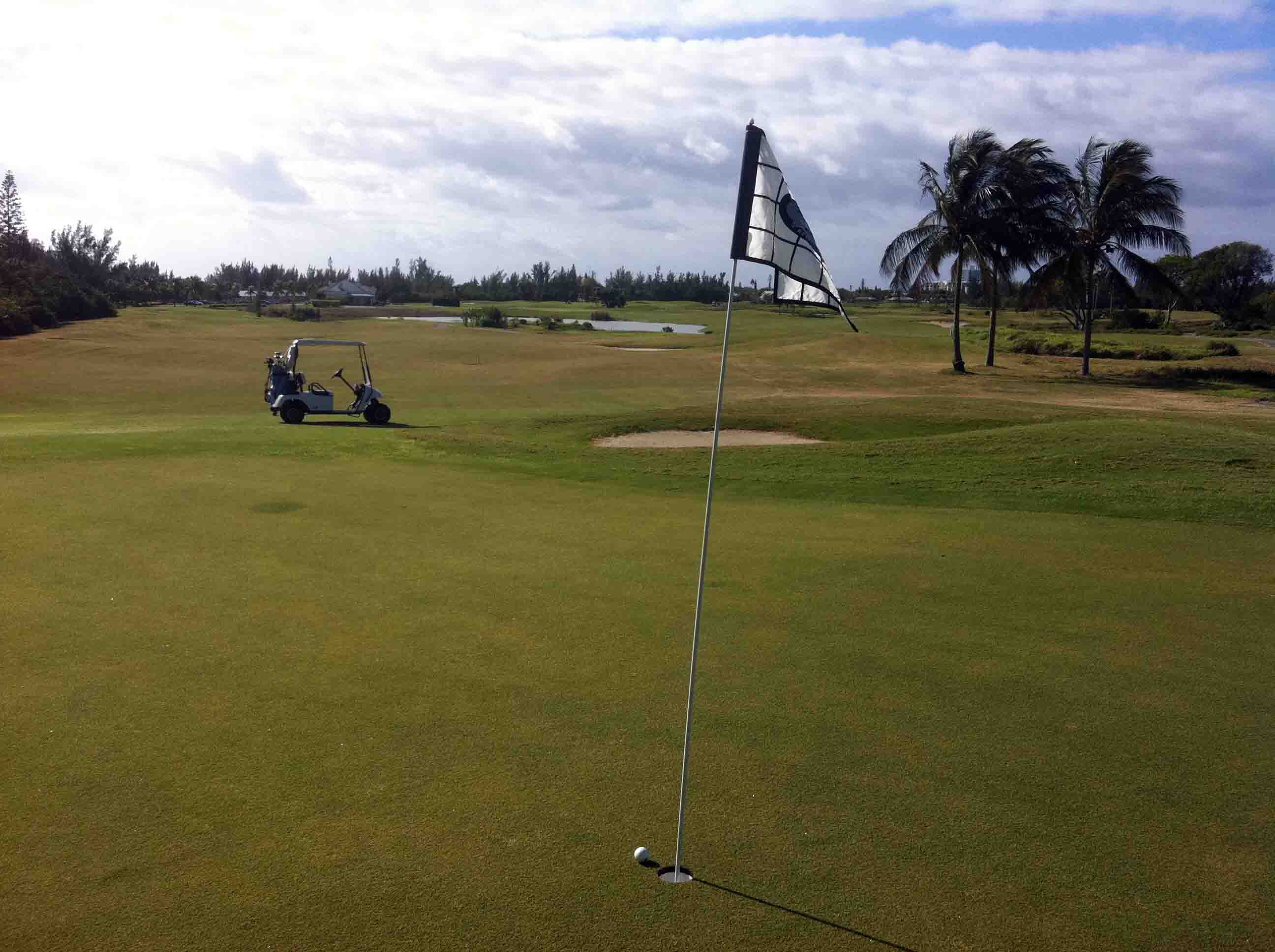 The course required a strategy off the tee and is roughly 7000 yards from the blues. Didn’t really crush any drives but for the most part sent them straight down the course, couple that with an easy 3 wood and even the longest par 5’s were reachable. A well tuned short game will get you further than monstrous strength here, in fact most people who pick up golf in the adult years don’t progress because they fail to realize strength means nothing, contact is everything. Think of it as a grown up game of marbles and you’re on the right track. 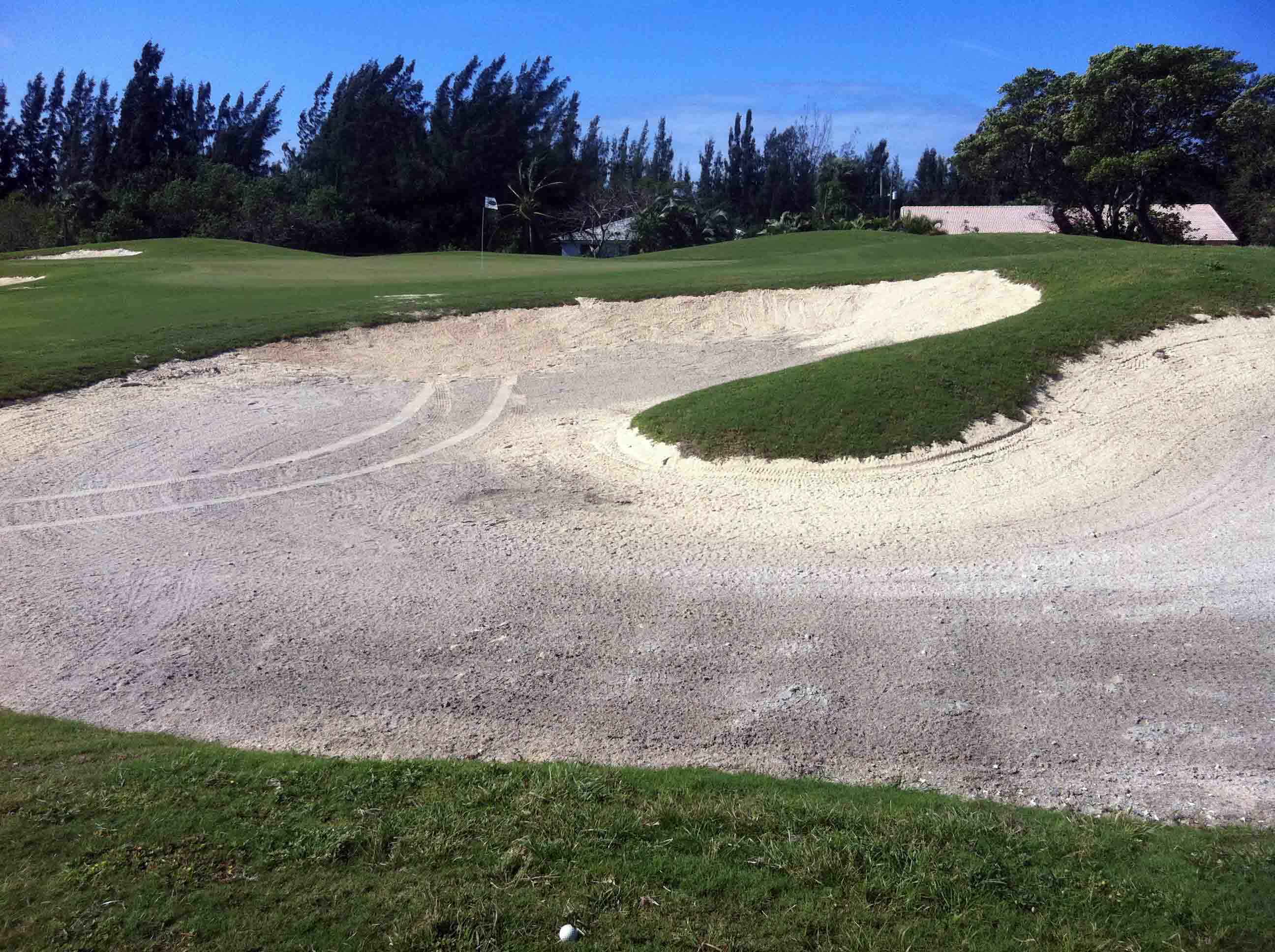 Most of the photos are from the back 9 as the first day wasn’t pleasant and doesn’t do this course justice. It’s a private course but open to the public for a fee. The golf carts are fully loaded with GPS so you’ll know how far you have to go. Seriously, don’t try and overpower this course or you’ll regret it. If you play it easy it is pretty easy, the way it should be. Big thanks to The Bahamas Tourism Board for arranging this and the UNEXSO Dolphin Swim on such short notice.

Have a feeling that I’ll be visiting Freeport and playing this course again at some point.

4 thoughts on “Golfing: The Reef Course on Grand Bahama Island”