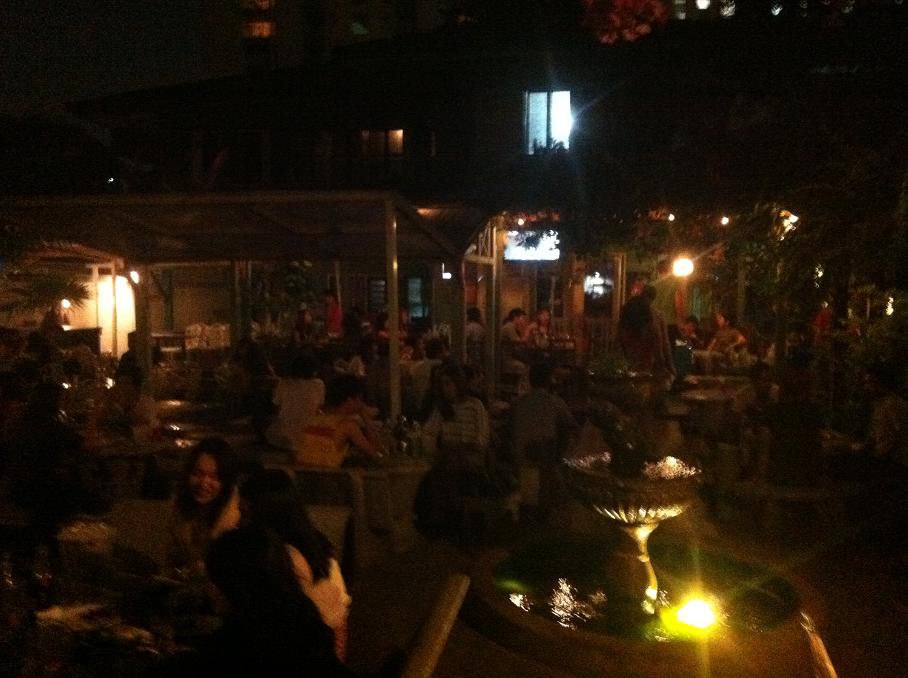 What’s going on? It’s funny how people often have illusions of what traveling around the world is like. Everyday is a party and everyday is great. The reality is, most days are considerably better than the ones spent working or waiting in traffic but boredom still creeps in, especially when you rent an apartment in a foreign city. Unless you’re incredibly introverted and would normally just be sitting alone at your computer back home, do make a large portion of your budget “entertainment”. If not, what’s the point in being so far from your friends and family? 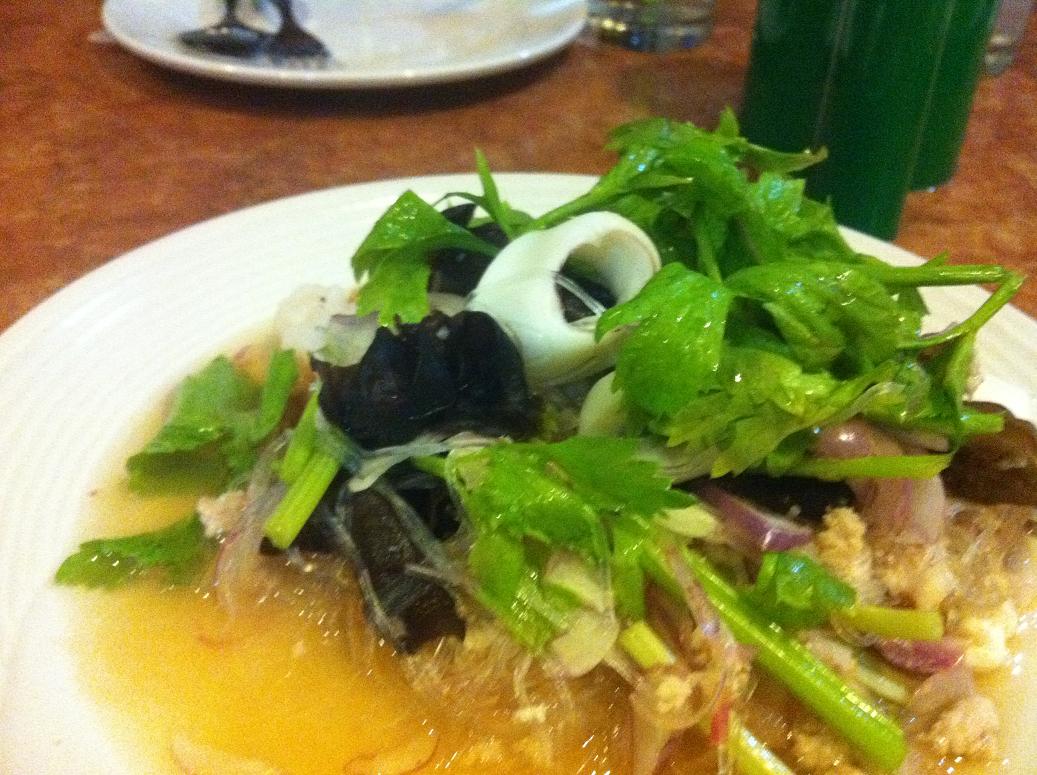 Yesterday I was bored as I had spent ~4-5 days basically just going to the gym and toying around on the internet.I knew I was meeting people for dinner but didn’t expect it to turn into a most wonderful evening of dinner, drinks and dancing in Bangkok. It’s crazy but almost all of my “in the flesh” friends from Bangkok started out online, the internet is “incroyable”. Most have to do with travel but have also met gents from an investment group I’m proud to be a member of. It’s cool meeting people from the net who share similar interests, always plenty to talk about. 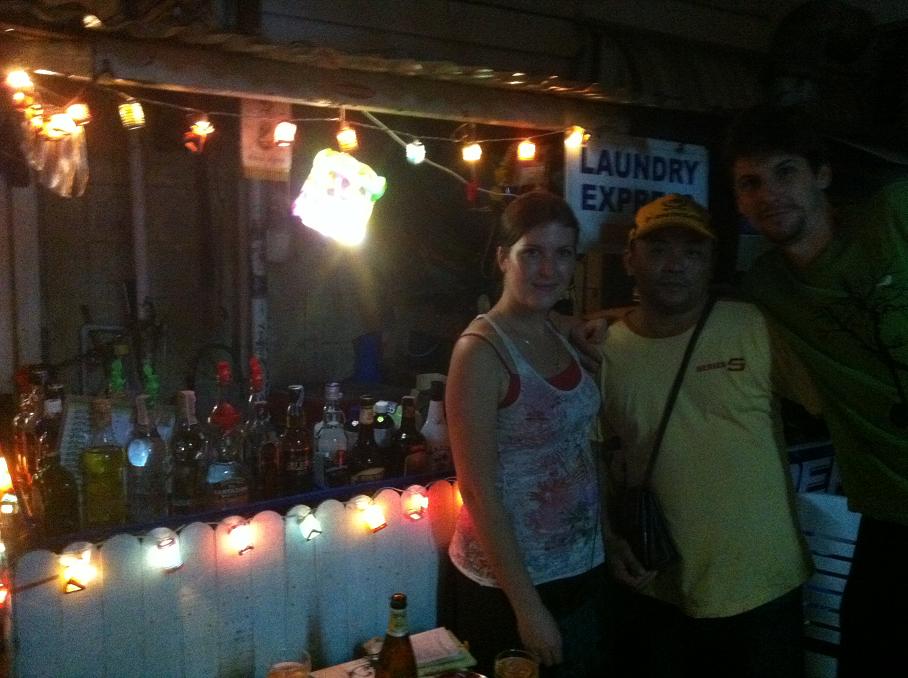 Enough about all that. Basically the Got Passport family is going back to the USA for a while and they were in town for the night. Myself and about a dozen other of their friends got together for the delicious dinner shown below in the photos. I love eating “Thai Style” or is it “Asian Style” or just “Sharing Style?” Order something you’d like, everyone else does. Order lots of rice and share, share, share. You basically get to try ~10 dishes. At the end the bill is split, it’s a no brainer. 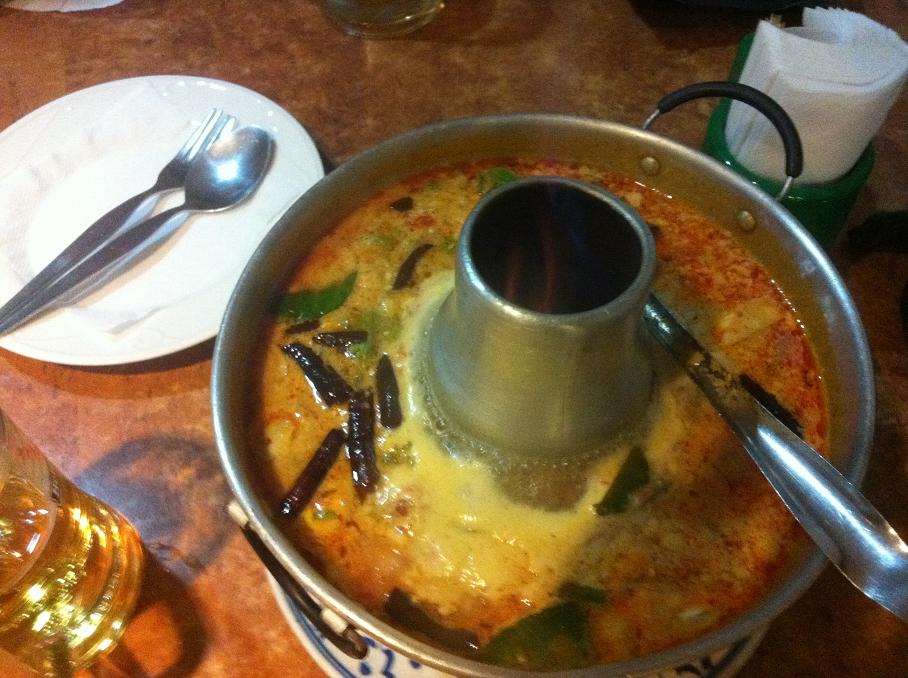 Afterward met for drinks in Siam Square with my South African friends. Some friends from the US were leaving today and on Khao San Road so we cabbed over and met them. Very pleased to NOT be living in that area anymore but really pleased it exists. No matter what day of the week you can take a cab there and guaranteed excitement awaits. 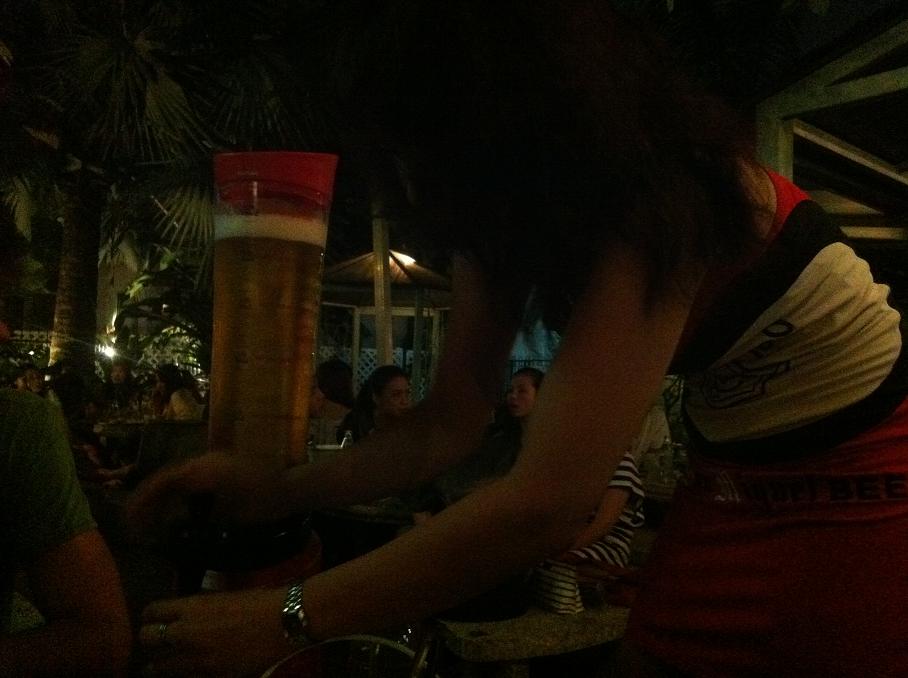 Ended up hitting a few side street bars and touring around mingling with the plethora of uniquely strange personalities you most certainly meet. I’ve said it before but it’s true, Khao San Road is the backpacking mecca of the world. That one street has people from all over the world at any given time. Many people don’t like it and I can see why, they would say it’s tourism gone bad or something like that, I’ll leave those people to their opinions based on the lives they lead. 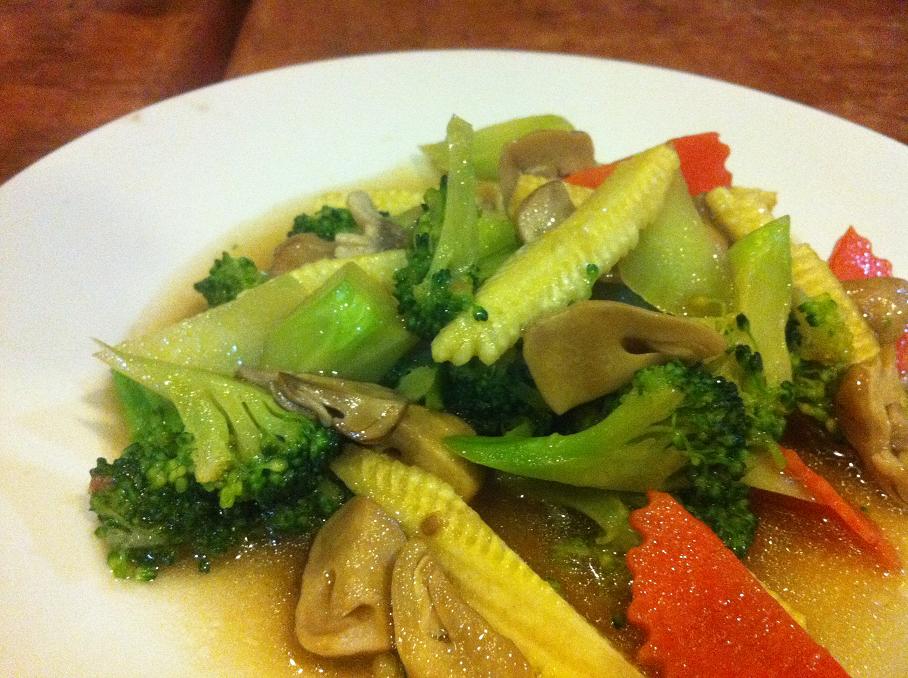 Like all evenings on Khao San Road, it ends up at “Le Club” which is arguably one of my fav clubs out there. It’s upscale for Khao San and just plays hard house music. There is always a lively crowd and things always get out of hand in a most magnificent manner. Somehow lost my friends near the end of the night but made new ones, the ladies below from Norway. 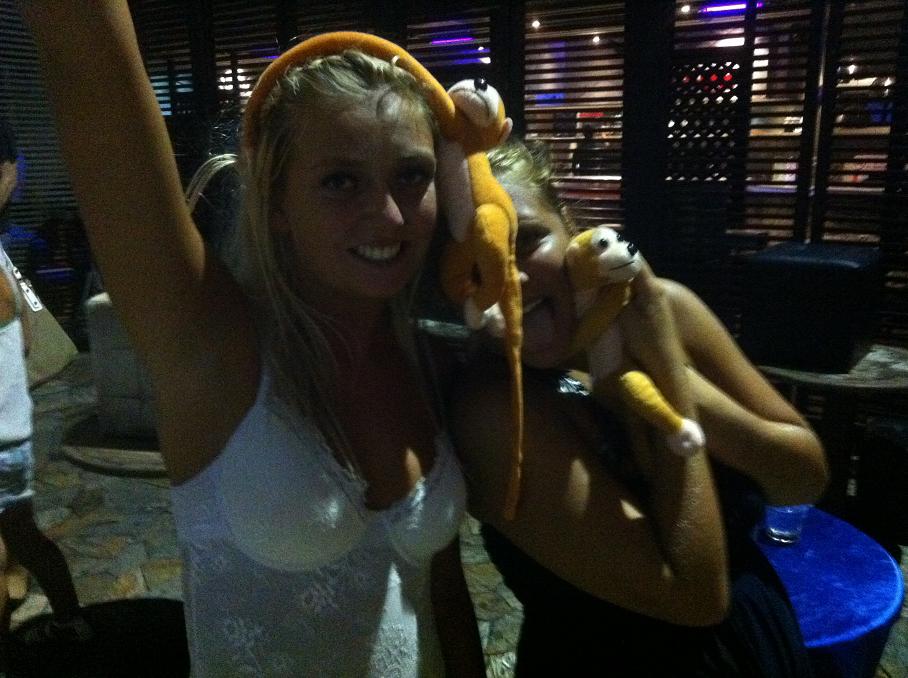 Shortly after I got egregiously ripped off on a pad thai deal gone bad. Gave her 100 baht and she gave me 20 change?! Huh? As I protested she began violently swinging her spatula in the direction of my skull, I knew she meant business so I fled on foot until I got in the confines of a cab. How awesome is it that you can get ripped off on a huge after bar meal and still only pay $2.75US!? 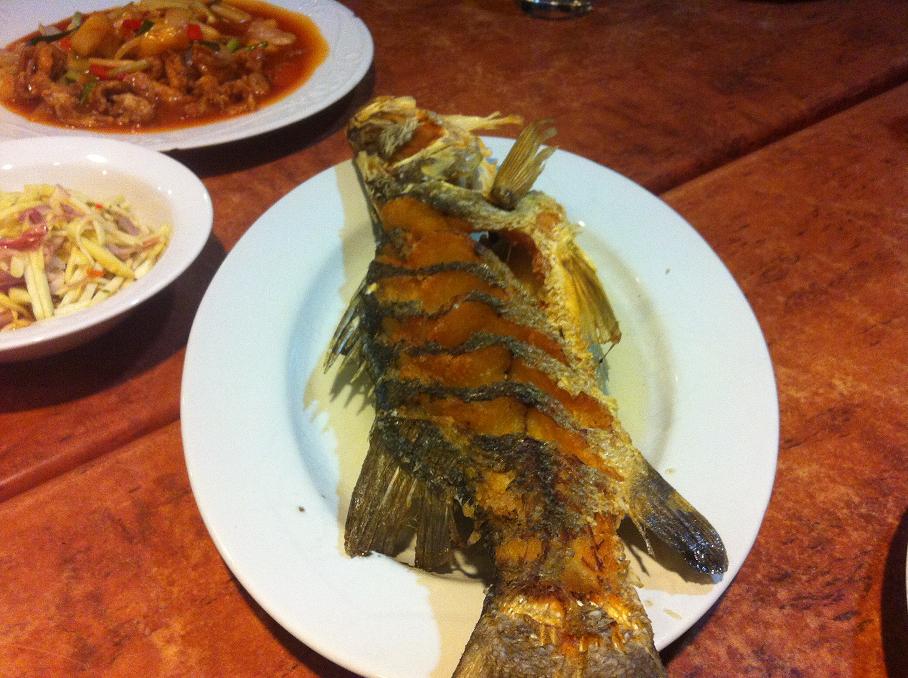 The entire evening which included two sky train fares, a wonderful meal with great people in a nice restaurant, as many drinks as you pleased in two separate districts of town, an over priced meal after the bar and two cab fares was ~$33US. I was out for ~10 hours, that’s $3.33US an hour for uninhibited fun, wow. 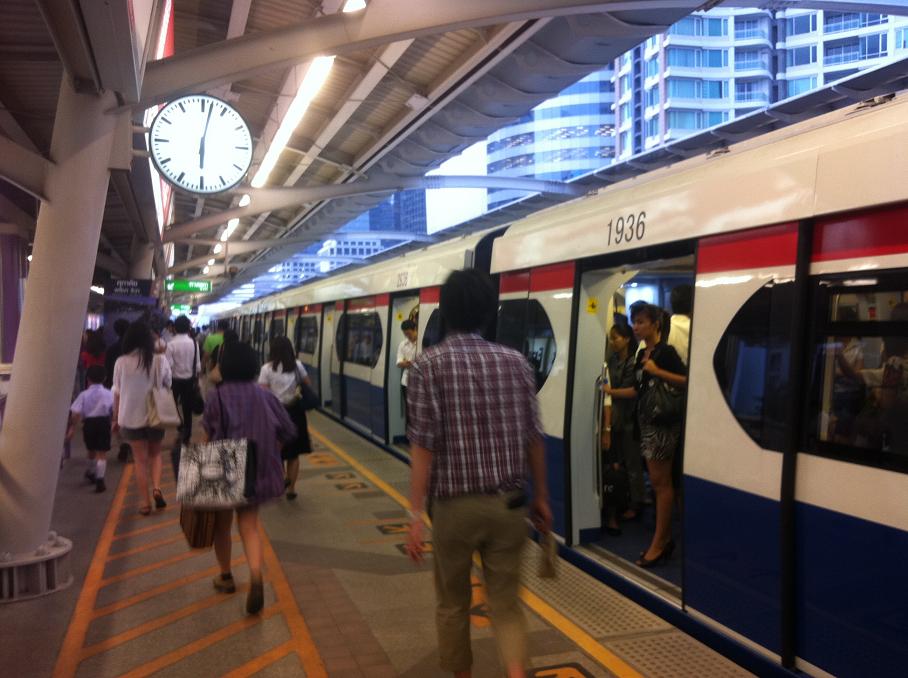 There is a reason why Bangkok is popular, what would $33US get me on a “wild night out” in Ottawa? Let’s just say a cab home is ~$20 and we’ll leave it at that. Even just looking around as I type this, I’d be paying ~$200+ a night for this hotel room downtown in any Canadian city. Go east my friends, the Pet Shop Boys got it wrong, go FAR east!

P.S: This lady has a mini grocery store selling fresh produce and fish from the back of her pickup truck, that’s what I call hitting the streets with your idea. 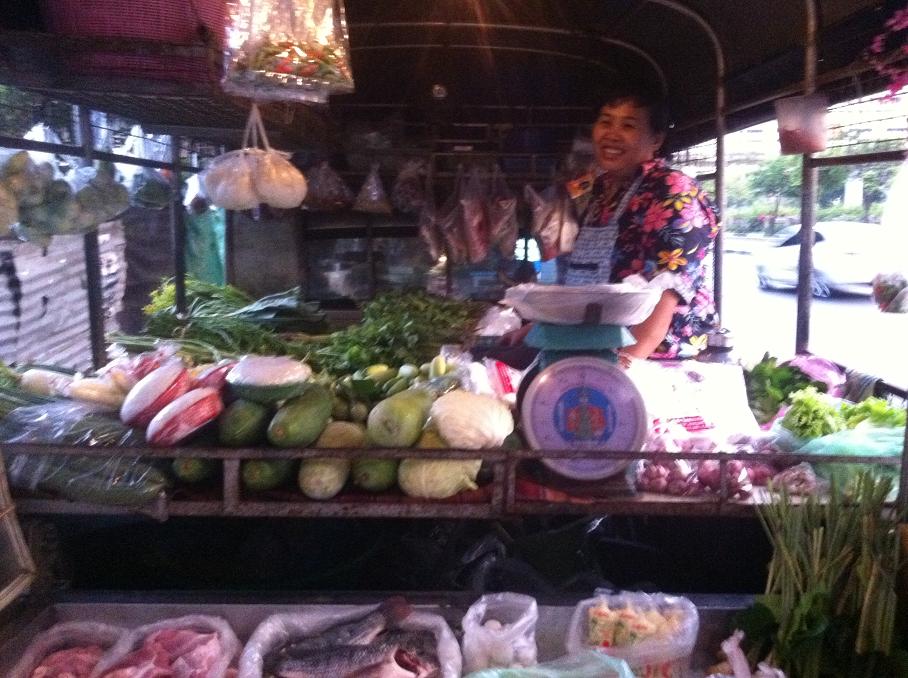