While in Mauritius I had the pleasure of going deep sea fishing with some fun people. We didn’t catch anything big but we did catch something which is always a nice bonus to a beautiful boat ride on a sunny day. It wasn’t exactly the time of year where the big game aka marlins are known to be strolling through in numbers so it was to be expected. That said, when fishing, anything can happen which is part of the allure, yes?

We went out from Black River with Zazou Fishing and probably made it a good 10 miles or so out to sea. It gets deep quickly once you pass the reef to the tune of several kilometers. You can catch almost anything out there but it is known for producing some record size black marlin and believe that is what most are hoping for, yours truly included of course. 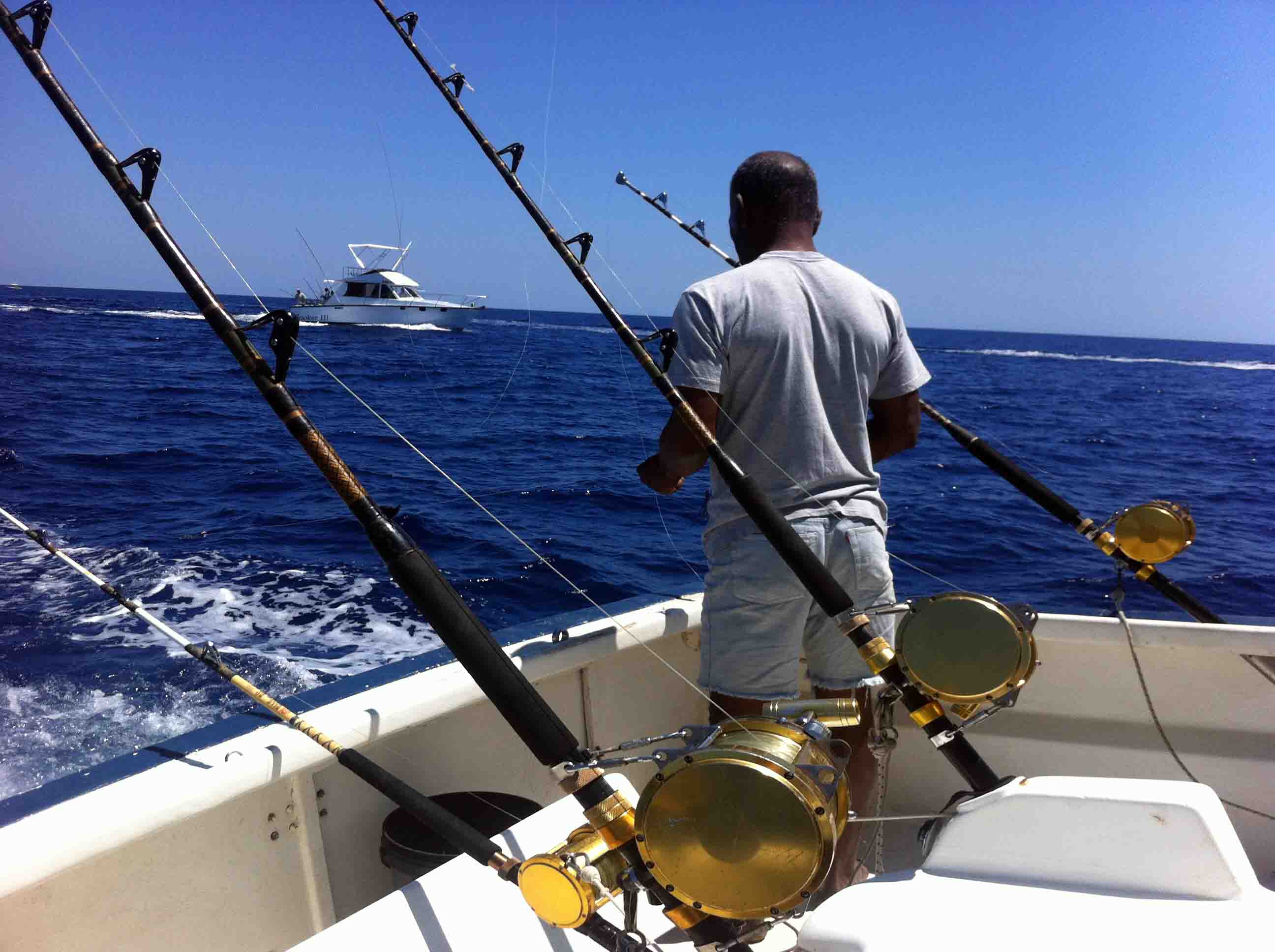 The staff was cool and the weather was great which made for a good day. I was joined by two new friends Keith and Richard and the entire charter was about three or so hours. That said, you could tell the captain and crew really loved fishing and I have a feeling if the big ones were biting we’d still be out there trying our luck.

Next time I return to Mauritius I’d like to try again as you’ll never know unless you go, right?

In closing, this #MyMauritius blog trip was created and managed by the fine people at iambassador and AHRIM in association with the Mauritius Tourism Promotion Authority and Air Mauritius. I’d like to thank them for the invitation to partake in this campaign; I had an incredible time.