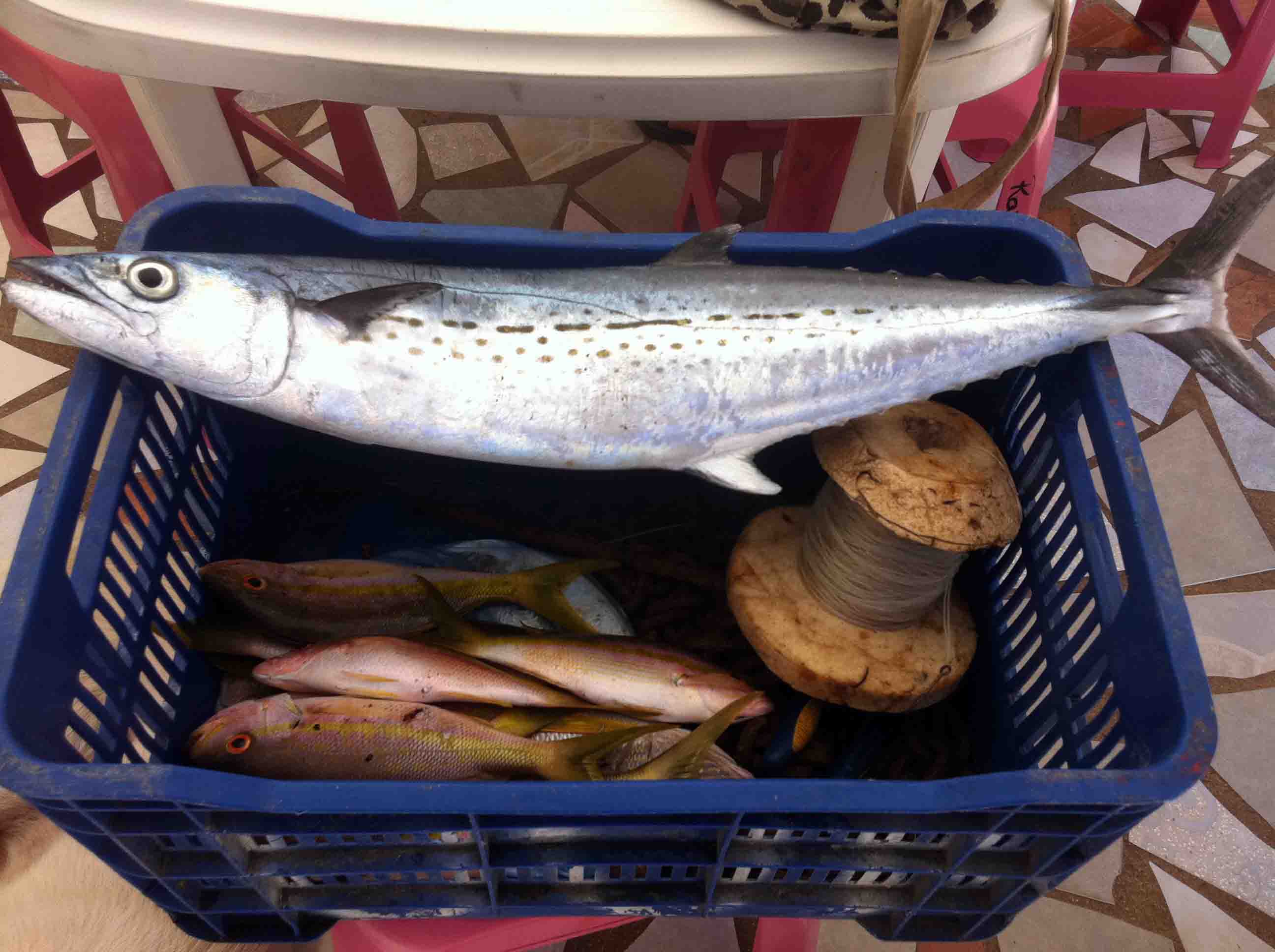 The fishing trip proved fruitful, so did the maiden voyage of the recently procured  Bomber A17 lure. It’s a salt water lure built for the world’s most senseless attacks by beasts whose aggression seals their fate. Considering it caught me the fish above 20 minutes into its inaugural voyage, one believes we have a winner. That said, the Spanish Mackerel  did cut it up quite well. Apart from that we pulled in roughly two dozen yellow tails and other similar fish. Above was the take of some new friends and myself.

Now for the fishing enthusiasts amongst us, was caught roughly 1/4 mile south of the island when it struck out of nowhere.

Eat a yellow tail for lunch and with some other fishermen fried the mackerel for dinner. Add some veg, rice,  spice and you’re set.

Trolling missions at dusk have been a topic of discussion.