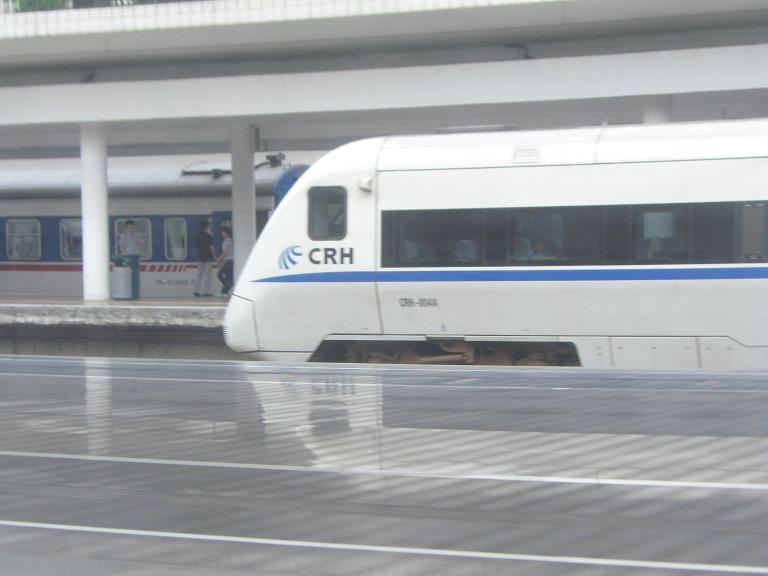 Myself and “King Chode” were inflicted with much indecision. The result? A bullet train to Shenzhen from Guangzhou at about noon.

What started out as a stroll to the market turned into manic packing and a dash for the train. The plan was to ditch our stuff, check out the market. Somehow we ended up on the train 2 hours early and just took whatever seats we could find. That bullet train rocks it out at ~200KM an hour. The train costs ~75RMB, takes 1 hour 15 min and leaves every ~30 minutes, no need to book in advance. 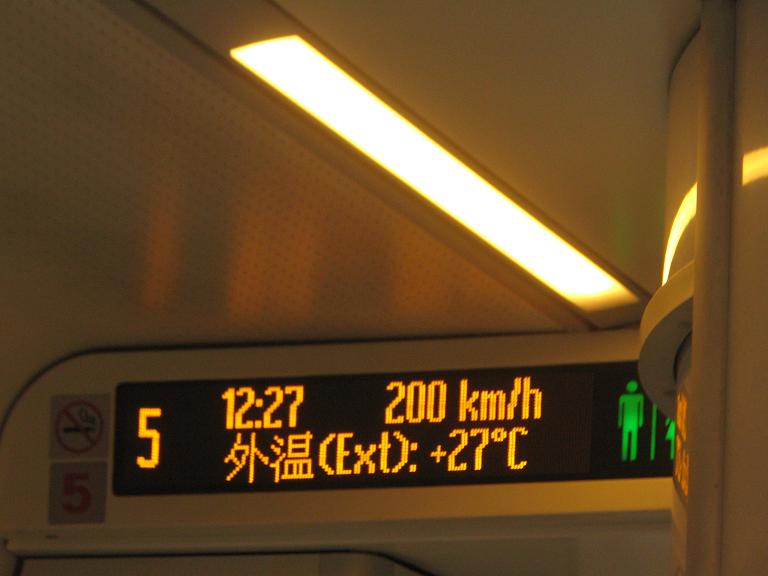 The only other time I had ever gone 200km an hour was oddly enough with my ex gf’s father on the way home from a round of golf. Suffice to say, I’d much rather be in a train. The thing maxed out at 200km, probably could go faster, theoretically of course.

Shenzhen is in the SEZ aka Special Economic Zone and a stones through to Hong Kong. It’s similar to Guangzhou in terms of business so I’ve heard only the city is a mere 30 years old. Everything is new, shiny new and expensive. Shenzhen is new and clean, Guangzhou is old and dirty.

After searching for a hotel room with the average being ~300RMB a night, we found a quaint “Sh!thole” of sorts for 100RMB. It has no internet but then again I’m not surprised. 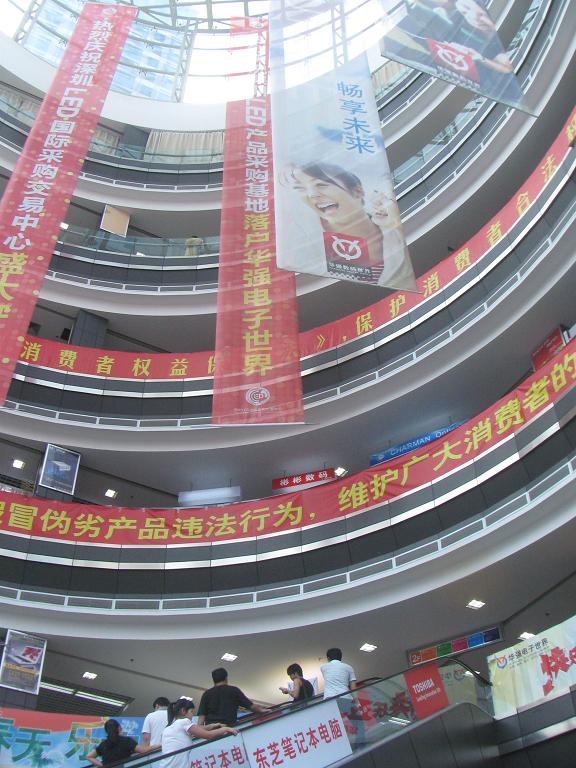 There is an electronics market in Shenzhen and it’s absolutely the largest thing I’ve ever seen. Imagine several “malls” the size of MBK all dedicated to electronics. There are numerous buildings all 5-6 floors tall selling just computers, computer parts, smart phones, cameras, you name it. I will say that the prices weren’t “that good”, I’m talking about the quoted prices they had written, not that they “saw me coming” or anything.

Yesterday, the gent I was chatting with over dinner told me about these iPhone clones that actually do have wifi. You can put in your own memory sticks, they hold 2 sim cards and run a multitude of java applications. Seemed like a good pickup so I searched and found one. It’s hilarious because they wanted 800, I got it for 500. Others are cheaper but the display is crap, then again so is my phone. 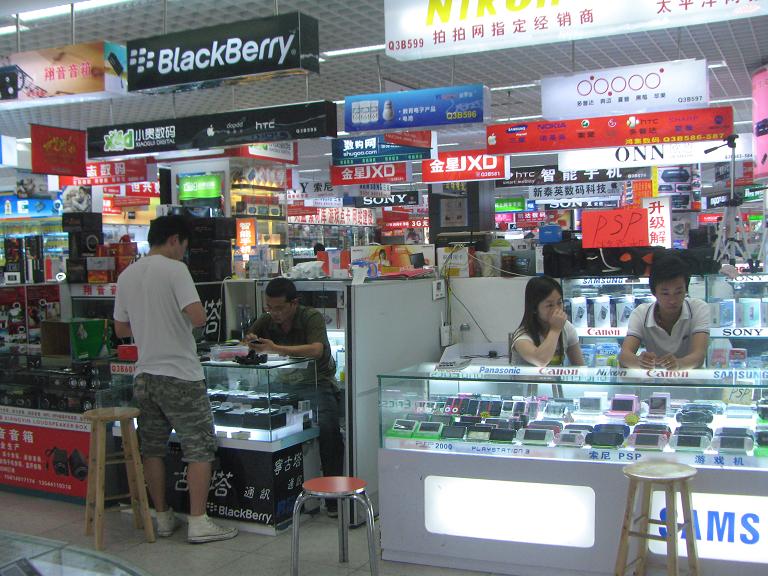 The phone is total rubbish and the wifi DOESN’T work. All the networks are locked in the mall. It FINDS networks but can’t connect. Tomorrow, I absolutely have to return it. I will go in there with a scowl and say “Hey, this phone is trash, the wifi doesn’t work, give me my RMB back, now”. If it doesn’t work, I’ll just call the security over and claim to have been ripped off, which I was.

Thing is, this is a rip off iphone but not a fake. It doesn’t say “iPhone” and makes no reference to Apple which I loath simply because I watched its stock hit $78 but didn’t buy, I think it closed near ~$260, sigh.

Anyways it surely isn’t the real thing and an iphone is a luxury, one that I must have simply because it was built for gents like myself with an obsessive need to be online, all the time. The issue is, where in China can you trust to purchase one of such said items? Of that, I’m not sure.

So far China has been interesting. It’s hard to get by when nobody speaks English and doing anything is a challenge. It’s also much pricier than the rest of SE Asia. Then again, I’ve only been in the SEZ which is typically just visited by business men. That could also be why I haven’t met any other travelers yet.

If you come to Shenzhen, be sure to check out the electronic market, the sheer scope of it is seriously out of this world. Also, if you’re not into massive crowds and a constant hustle and bustle, avoid these areas. They are pure insanity, which I find endearing and irritating all wrapped in one.

P.S: The subway is your only “trusty friend”.