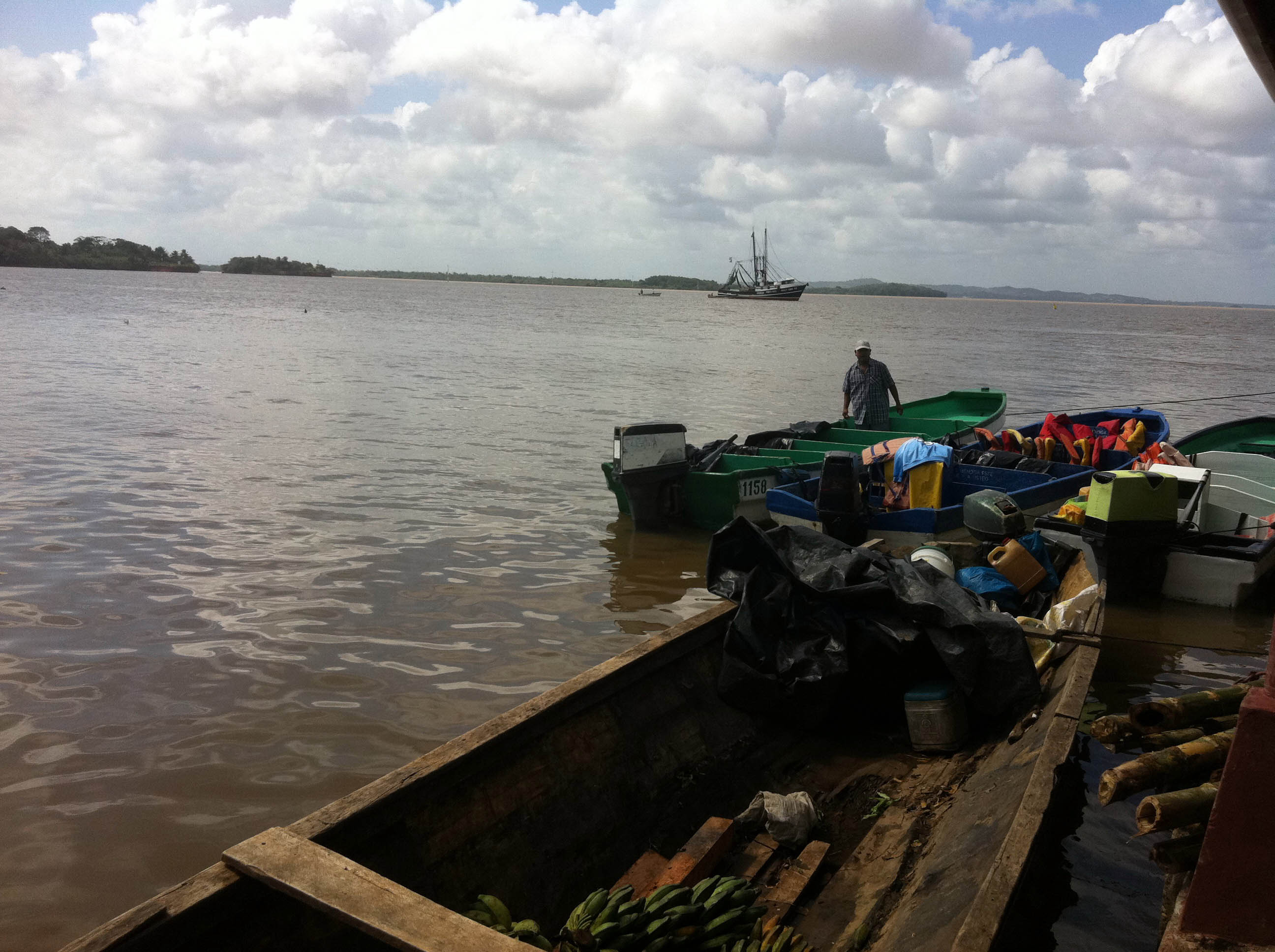 Let us discuss the boat or ferry or panga from El Rama to Bluefields. This is necessary to get to the Corn Islands from Managua. El Rama is the LAST city you can reach by bus and it’s not the most picturesque place. We arrived in Rama at 3:30AM as we noted in the first section of this mini-series called ” The Bus from Managua to El Rama”. Highly recommend you just stay in the bus, ask the drivers they will be cool.

The first boat or panga as we’ll call it from herein leaves at 6am. To catch it you NEED to have bought your ticket in Managua, if not it will most likely be full. If you don’t have a ticket, looks like you’re on the 9am with the rest of those who missed the early trip. You’ll buy a ticket outside the gate at some hotel like complex for C$200 and pay a C$5 fee to get into the port. From there you’ll take a speedboat for roughly 2 hours as the insane driver weaves at high speeds through large driftwood, fun.

You’ll notice ALL the water is a murky brown, not sure why but definitely believe that pollution plays a part. When you arrive in Bluefields you’ll be brought to a manic dock of sorts. Highly recommend you watch your gear and never hand your bag to anyone. I mention this as there will be many people offering to grab your bag or whatnot as you try and exit the panga, just don’t go for it.

At this point check to see when the ferry is leaving, it may be leaving from El Bluff. If that is the case you’ll need to go to another port aka about 500 meters from where you are.  You’ll leave the port and head to the main road, go left and then ask once you pass the church. You’ll go down a really sketchy alley which makes you wonder what you’re doing with your life, then you’re at the panga.

The panga from Bluefields to El Bluff is only C$33 and takes about 20 minutes, it’s a joyride alright. There is not much going on in El Bluff but you may be able to catch a passenger ferry or cargo ship. If you took the later boat aka 9am from El Rama, probably missed it. You may even pass it on your way to Bluefields, expect some serious turbulence as you sail off it’s wake.

If you’re stuck in El Bluff, recommend you visit Sandra Hotel, we did and it was nice. If you want a good meal they can even organize it and people come from a neighboring house carrying plates of fresh fish and whatever else you ordered. There is also a little bar that plays reggae and country of all things. It was quite dead when we went but could see it “lighting up” on the right occasion. Here is another update I wrote about El Bluff, worth a read… I think.

You may spend 2 minutes, 2 hours or 2 days in this area. If you really want to get “in and out” buy the boat + panga ticket from the bus station in Managua. Recently met a gent who was stuck 2 days in Bluefields, asked him how it was. He said it was “interesting” and after dark decided to go for a stroll for food. About 1 block from the hotel he decided to turn around, then decided to just come back to the hotel. He said every window seemed to shut and lock up about 5 minutes before nightfall and then the streets were empty except random unsavory looking stragglers, no thanks!

The photo above is from the port in El Bluff, have a bit of video from Bluefields but wasn’t too clickly.

Off to cook some 3am lobster for lobster.