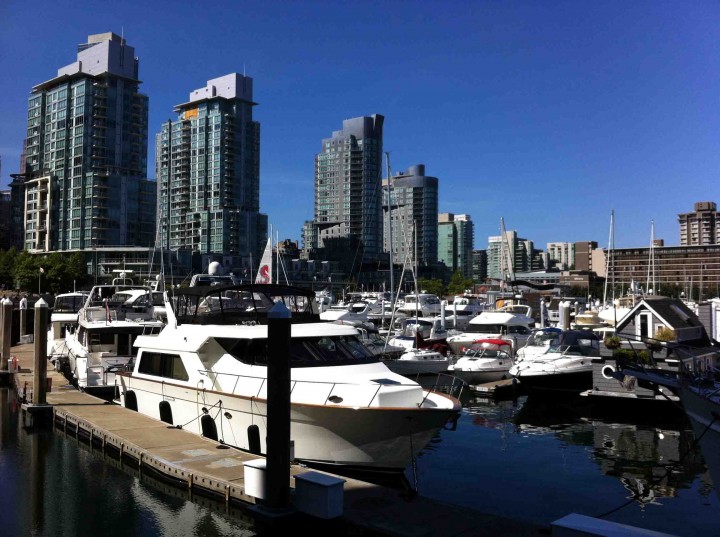 Writing this at 10:25am on the ferry from Vancouver to Victoria. All good things must come to an end and my trip to Vancouver is no different. There are countless things to do in and around Vancouver but if you’re there, I highly recommend you fill your beak with sushi and go for a stroll along the Vancouver Seawall.

When it comes to buying sushi, just make sure you do it early in the week say Tuesday – Friday as the fish market is Sunday / Monday. If you order it on a weekend you’re almost certain to be getting the last of what they have which is the polar opposite of the best they’ve got. Also heard rumors that spicy tuna is usually tuna ready to go off that they season, could it be!?

Where to go for sushi? I always get annoyed when someone visits a place temporarily and makes a guide on where to eat, how could I possibly know? All I know is that I’ve strolled into several store fronts that have caught my eye, ordered raw fish in many different ways and been satisfied for the most part. Besides being good sushi, it’s also cheap in Vancouver which is a bonus.

Now that you realize the sheer importance of eating sushi on your trip to Vancouver, let us discuss something else I’m quite fond of; the Seawall. It surrounds the downtown core and it appears as though it doesn’t matter where you take your walk, the view is always spectacular. It’s one of those places where your mind can relax as though the Seawall is some type of positive energy surrounding the city giving vitality to all those that tap into it.  Just yesterday I got a message from an old friend…

There was this girl who went to the same high school as me who I was always fond of, a real go getter. Suffice to say she saw I was in Vancouver and we met during her lunch break and went for a pleasant stroll along the Seawall. Apparently the secret is out as the place was packed even on a weekday at lunch. We hit up the Coal Harbor area and the photo above is of Coal Harbor.

If you’re in the area, I highly recommend you look into hitting up Cardero’s at some point. I used to eat there often as it was a favorite spot of my old boss and a few of the larger stake holders I used to work with. It’s not cheap but also not ludicrously expensive. It has pretty tasty food and just a great atmosphere as it’s on stilts in the harbor.

Anyways, the ferry is making its way to the island and I can see countless tourists who I’m sure are headed to Butchart Gardens. I should be back at a friend’s house in Victoria within the next 2 hours and time to start lazing around to conserve energy for the long haul to Israel in a few days, better check which date that ticket is again, come to think of it.

P.S: The above photo took 5 minutes to upload,  you’ll have to use your imagination.

P.P.S: Big thanks to all my friends for the hospitality, it’s always greatly appreciated.