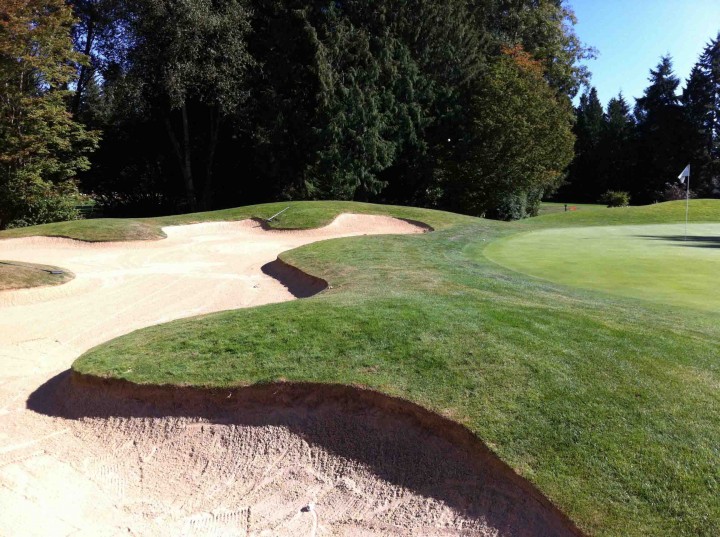 Ever get excited about things only for them to blow up in your face? Similar to say a surly jack-in-the-box who slaps your face with a piece of salami when you’re expecting a smile and song? I do a good job of getting excited about nothing but having a wonderful time everywhere I go because it “just is what it is”. Seems like reality will never even come close to catching up with fantasy and when you let your mangled mind run wild, the result is usually disappointment. So basically I was stoked to be playing Shaughnessy Golf Club all to show up with ice-blocks for hands and a golf handicap of 4 inches between my thick skull, ha. 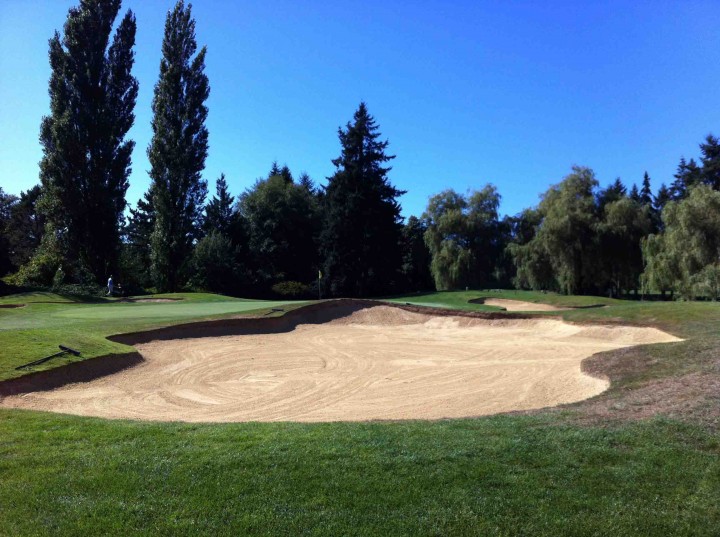 We showed up and met a friend there, all was going according to plan until the second hole when something happened which needs not be discussed but my mind imploded.  I’d say a solid 4% of golf games you play are ones where you’re just feeling awkward and odd over the ball. Suffice to say Shaughnessy is an incredibly hard course to begin with, you need to show up like a solider ready for battle with the blazing greens guarded by deep and punishing  bunkers. Once there are a few chinks in the armor you’re in trouble. You need to be casually confident to say the least. 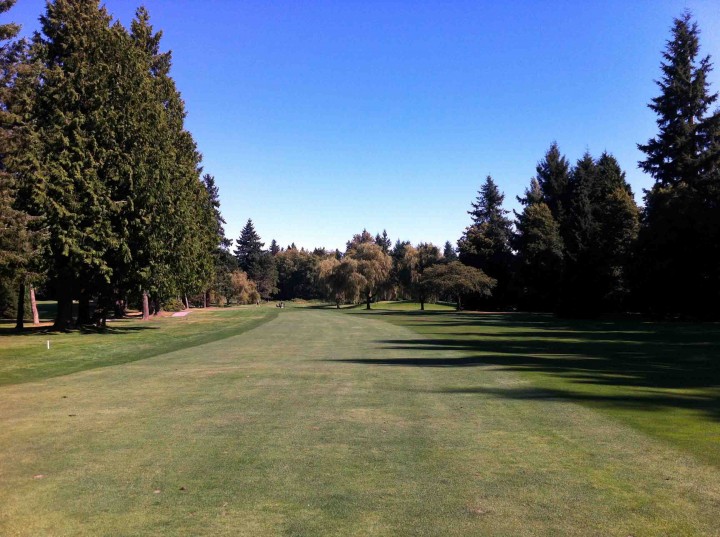 If your swing starts to fall apart you’ll find yourself in trouble everywhere you look and the greens are so fast I can’t describe them. Supposedly this wasn’t even a fast day according to my friends but know this… On a random course if you’re not putting well it’s possible to 3 putt which is considered lame, no questions asked. Here you could easily 4 or 5 putt, I’ve never played greens like this, let alone with ice blocks for hands. I’ve said some greens are like the felt on a pool table, yes? These were way faster and almost like rock covered with a millimeter of grass. Supposedly they are slower now as some members complained they couldn’t even stay on the greens, ha. 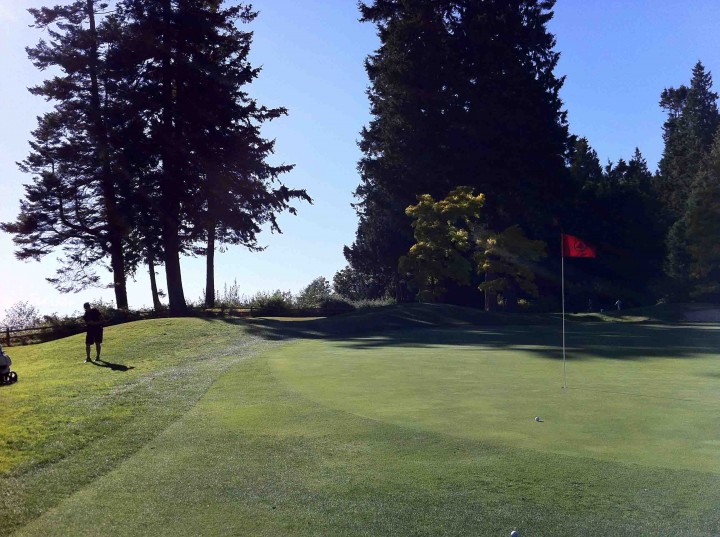 All that aside, the course was beautiful and so well maintained. You can tell there is a lot of love involved with the maintenance of the place. The fairways are lined with mature trees and club selection is paramount or you’ll find yourself in trouble, real trouble. While I was hacking away like a degenerate, my friend managed to shoot 3 over from the blues and it was crazy. Ever see someone get a par, birdie, eagle and then just keep plodding along? I haven’t but it’s spectacular. Thankfully my other friend fell apart as well which as sad as it sounds, made me feel better about my plight. 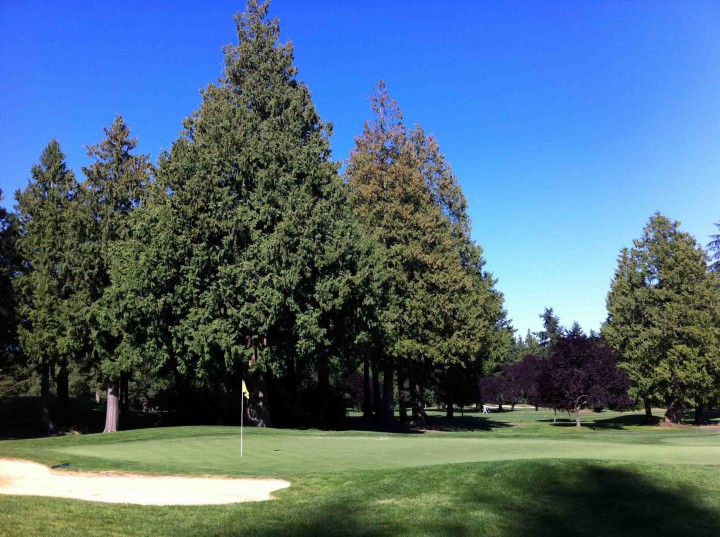 End of the day, one of the gents is getting married but I can’t make it as I’ll be in Costa Rica so it was good just hanging out. Afterward we headed for some sushi on Main Street but it was packed, packed like you’d die of a panic attack or starvation from just standing around before you even get to dig your teeth into some seaweed salad, hmmm seaweed salad… As a result we ended up at some restaurant across the street that sold reasonably priced sleeves of Sleeman’s and a halibut burger that was decent but not even in the same league as the gear you could get in Anchorage. 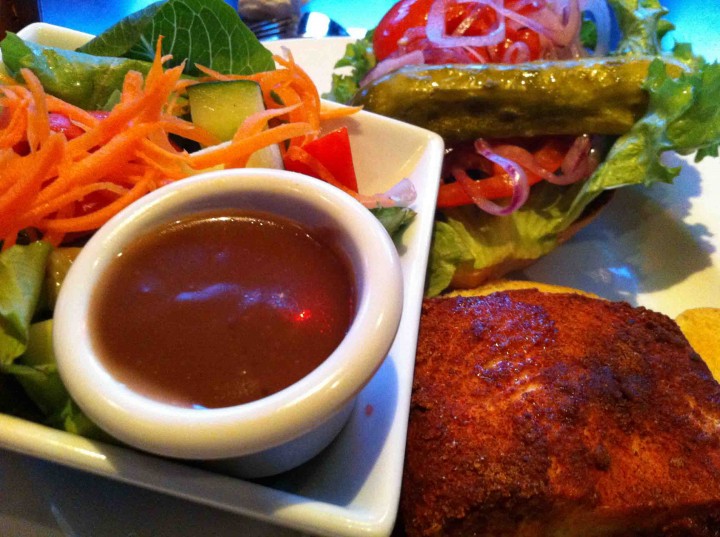 I’m here another day, I have some stuff to do downtown and hanging out with old friends is fun.